Bitcoin has been one of the best assets this year despite the coronavirus pandemic. After hitting a low of $4,000 on many exchanges in March, the flagship cryptocurrency is currently trading at $19,000 and aiming for new all-time highs.

It seems that many prominent analysts and crypto personalities believe Bitcoin has more room to grow. PlanB, known for his Stock-to-Flow model thinks Bitcoin price can eventually reach $1,000,000 in the next decade. Similarly, the Winklevoss twins which are heavily invested in the digital asset, believe it can rise by 25,000% from current levels because of inflation.

Public awareness of Bitcoin and cryptocurrencies has grown significantly

It’s clear that large financial institutions and average people are far more interested in cryptocurrencies now than ever. We have seen several notable companies like Square or Stone Ridge, invest millions in Bitcoin this year. 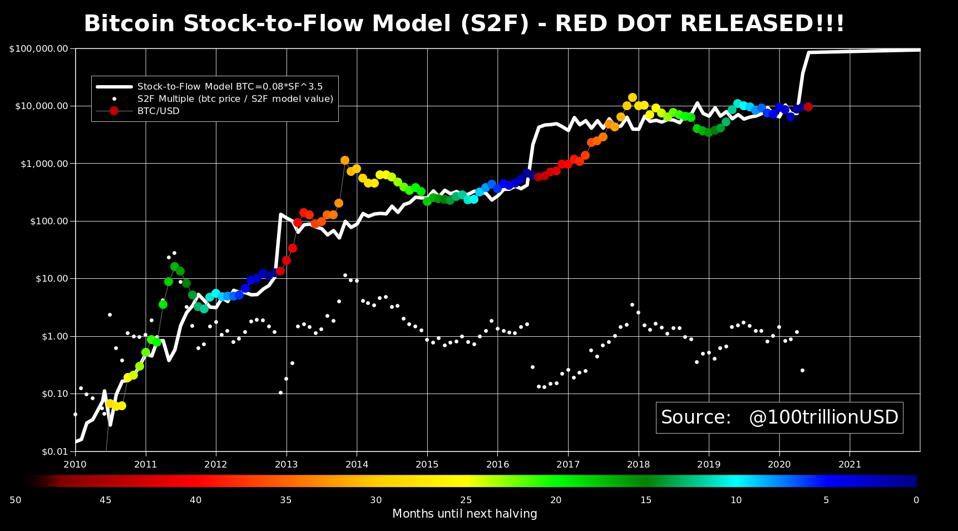 PlanB, a popular analyst and creator of the Stock-to-Flow model, which is a predictive model for Bitcoin based on its halvings and deflationary value, believes the digital asset can easily reach $1,000,000 within the next decade.

But he is not alone, two very popular Bitcoin personalities, the Winklevoss twins, also believe the flagship cryptocurrency has a lot more room to grow in the future.

We think it will be the best performing asset of the current decade. Our thesis is that Bitcoin is gold 2.0 and it will disrupt gold. If it does that it has to have a market cap of $9 trillion. So we think bitcoin could price one day at $500,000 a bitcoin. So at $18,000 bitcoin it’s a hold or if you don’t have any its a buy opportunity because we think there’s a 25x from here.

On the weekly chart, Bitcoin is clearly bullish and inside an uptrend. The digital asset managed to hit a new all-time high on several exchanges compared to December 2017 but only by a few dollars. 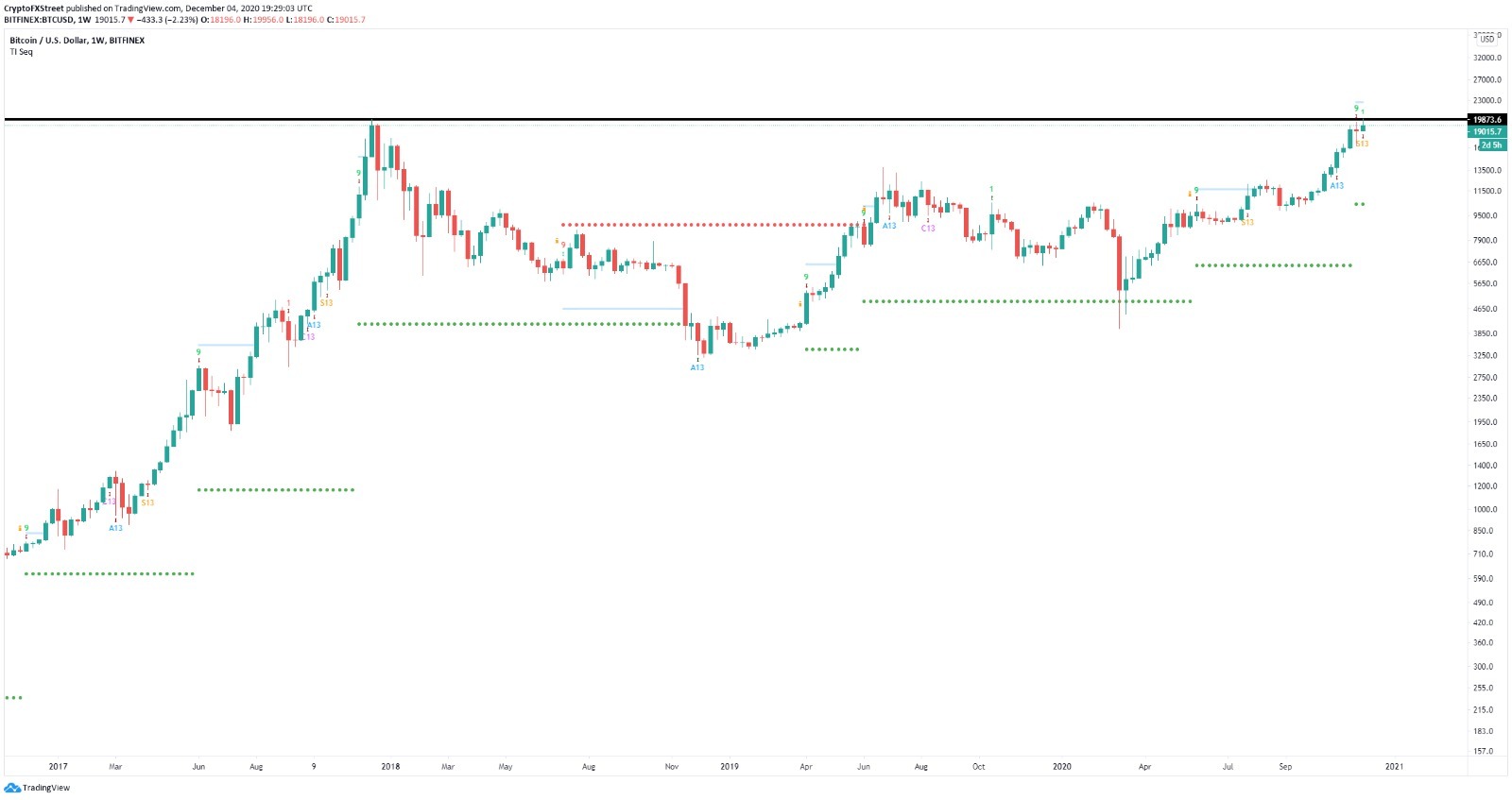 The biggest threat for Bitcoin bulls is the potential of a double top as Bitcoin price didn’t decisively break the last all-time high. Bulls need to see a breakout above $20,000 and a weekly close there to avoid the risk of the bearish pattern.

However, the TD Sequential indicator has presented a sell signal on the week that started on November 23 that was not totally invalidated just yet. Bears could target the psychological support level at $15,000 if it’s confirmed.