$33.5 billion in Bitcoin has been moved to exchanges between September 7 and September 13. This is the highest amount of inflow since October 2021, and it raised concerns among holders and traders.

1.69 million Bitcoin was moved to cryptocurrency exchanges in the second week of September 2022. $33.5 billion worth of Bitcoin has flooded exchanges for the first time since October 2021. Typically when exchanges are flooded with Bitcoin, it is associated with a decline in the asset’s price. Whales keen on shedding their holdings and retail investors looking to book profits move their BTC to exchanges. 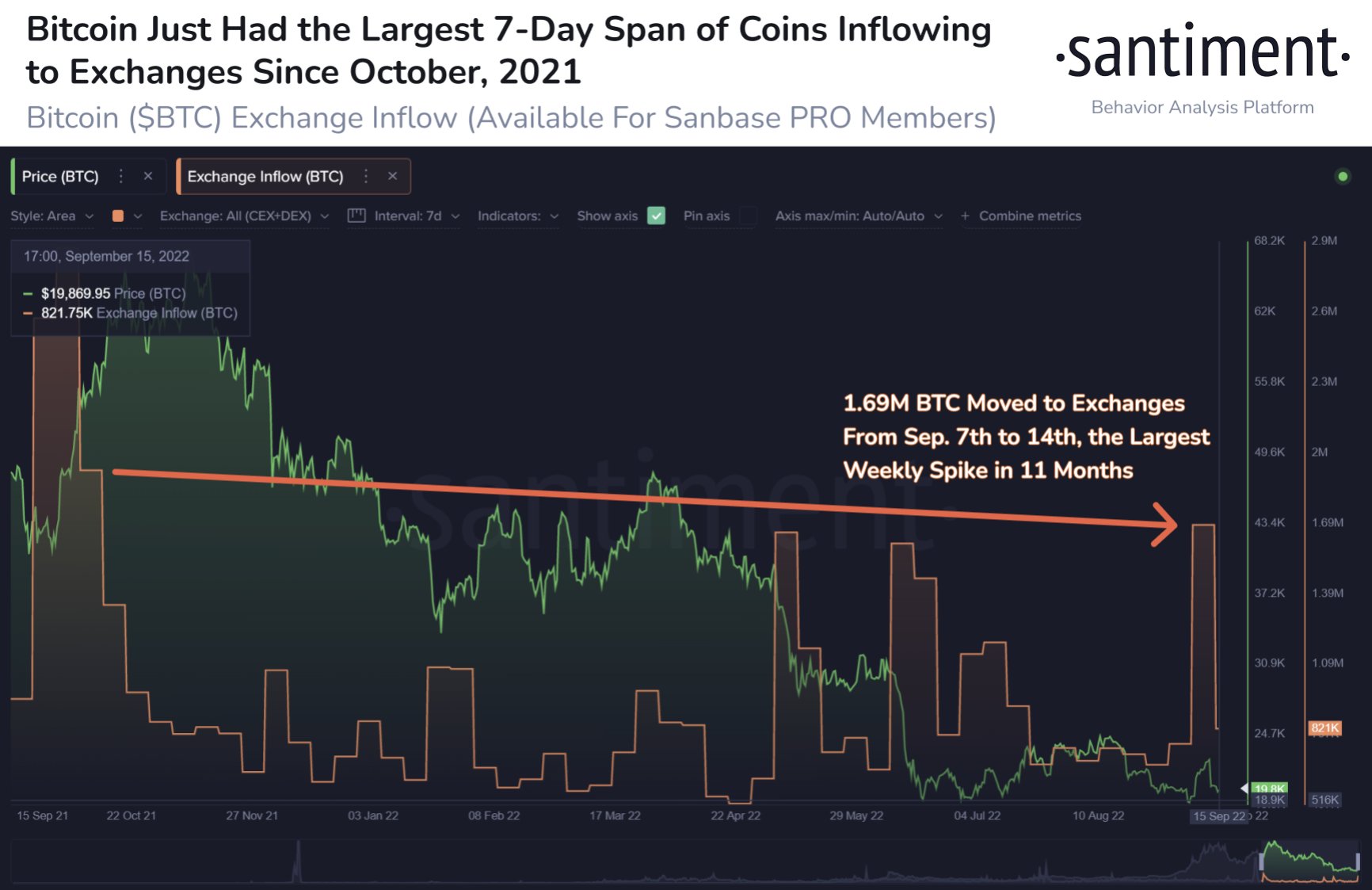 Bitcoin moved to exchanges in September 7 to 14

Interestingly, Bitcoin exchanges have seen a spike in trade volume as price declined and this sparked an interest in trading. Based on data from crypto intelligence platform Glassnode, exchange inflows hit a peak since March 2020.

David Ellis, leading Bitcoin maximalist and analyst was quoted in a recent tweet:

Orcas vomited 11.8K coins but Minnows returned by the tens of thousands, presumably because alts are beginning to crumble. Exchange flows were tame today for the first day in three, but volume was still well above average. The scent of volatility is in the air.

Ellis pointed out that BTC inflows to Coinbase, OKX and Huobi imply that derivatives markets are setting up to create volatility in spot markets through major moves.

The GWs bled like stuck pigs today, but most of the vomited coins moved up-chain. Unusual exchange flows continue as well. Look no further than Coinbase, Okex and Huobi. It appears derivatives markets are setting up to create chaos for the spot markets.

Miners who held BTC through the “capitulation” period in August 2022 and were bullish on the asset have started shedding their Bitcoin in recent weeks.

Glassnode analysts argue that Bitcoin has nosedived below its 60-day, 120-day, 200-day, 360-day, and 720-day moving averages. Every time Bitcoin’s price declines below these moving average levels, it coincides with a “generational buying opportunity.”