Bitcoin has had plenty of good news recently that have boosted its price, finally allowing it to go to $60k, after more than a month of trying and failing. The biggest drive likely came from the US Securities and Exchange Commission’s decision to start reviewing a recent Bitcoin ETF proposal, submitted by WisdomTree.

Another positive sign for the market came from BTC miners, who started stacking coins once again, thus revealing that they feel bullish about the coin. And, of course, there was the decision of an English Southampton Football Club to start receiving bonuses in BTC.

As for ETH, it got another praise from billionaire investor Mark Cuban, while a recent price prediction says that it has good odds of going beyond $2,145.

According to recent price data, Ethereum has managed to hit a new ATH and reach $2,199 recently, only to slightly correct to $2185 at the time of writing. 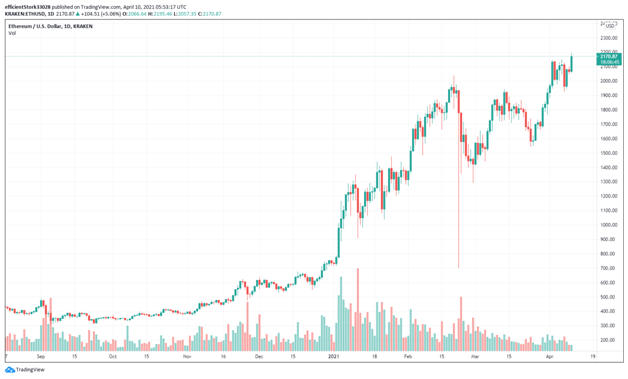 As for Bitcoin, its price reached $60k several times in the last month, but it never managed to cross the barrier and go back to $61k. At the time of writing, its price corrected after being rejected by the resistance once more, currently at $60,996. 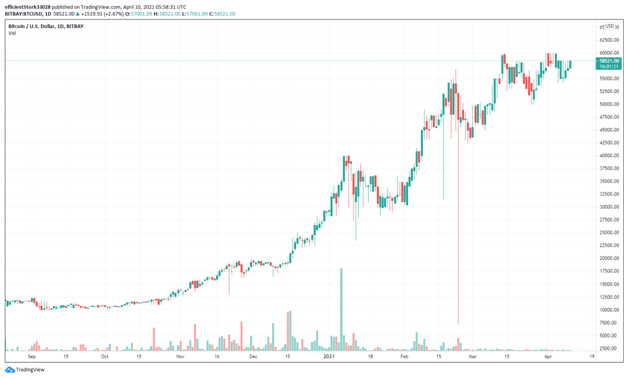 The above content is for informational purposes only. You should not construe any such information or other material as legal, tax, investment, financial, or other advice. The trading of commodities, cryptocurrencies and currencies involves significant risk.