Analysts predict that the end of Bitcoin’s compression cycle will hit within days as price action continues to preserve $9,000 support.

Bitcoin (BTC) price begins a new week ranging north of $9,000 as it awaits cues from macro markets — what could be in store for the coming days?

Cointelegraph takes a look at the major factors that could impact the BTC price this week.

Equities led a somewhat uneventful start to the week’s trading, with major stocks futures slightly down on the day — by a maximum of 0.6% at press time.

Bitcoin likewise had a quiet weekend, with volatility remaining negligible and a narrow trading corridor continuing to characterize price performance.

As has become standard in recent weeks, coronavirus sentiment and reactions to associated remedial measures from governments and central banks dictate macro action, and Bitcoin remains susceptible to copycat moves.

With calm reigning prior to the opening bell on Wall Street, room for maneuver appeared limited, given the “compression” in BTC/USD over the past several weeks.

A cycle of higher lows and lower highs, the current compression cycle showed little sign of breaking this month. As Cointelegraph reported, however, the status quo is ripe for change — and that should happen this week, say analysts.

“This feels like a little World Cup of sorts. #bitcoin could break out on or about the 22nd,” Jason Williams, co-founder of crypto hedge fund Morgan Creek Digital, tweeted on Sunday.

Investors should not treat Bitcoin as a safe-haven “too literally” within the current market, says the CEO of cryptocurrency exchange Binance.

Speaking to Bloomberg on July 20, Changpeng Zhao, known as “CZ” in cryptocurrency circles, cautioned against considering BTC/USD as having a particular relationship to stocks.

“I think people should not take that meaning of “safe haven assets” too literally… there are always multiple factors affecting the price of an asset,” he told the network.

“If you imagine Bitcoin as the same as a float and there’s the Titanic sinking beside it, if there’s a rope tying the float to the Titanic, then the float will sink down with the Titanic, even though the float does have floating properties — it’s just not able to sustain that kind of load.”

As Cointelegraph reported, quant analysis has suggested that Bitcoin is 95% correlated to the S&P 500.

CZ added, however, that fiat inflation and its impact on investor holdings would ultimately increase Bitcoin’s safe haven profile over time.

On the topic of safe havens, attention stayed focused on gold over the weekend. Similarly as a result of coronavirus fallout, the precious metal is now up 19% year to date.

Even in the eyes of mainstream media, appetite exists among investors for an exit from fiat, which has been tarnished by central bank money printing and lower interest rates.

According to Bank of America Securities’ commodities strategist Michael Widmer, gold may have even more room for growth than its current nine-year highs. 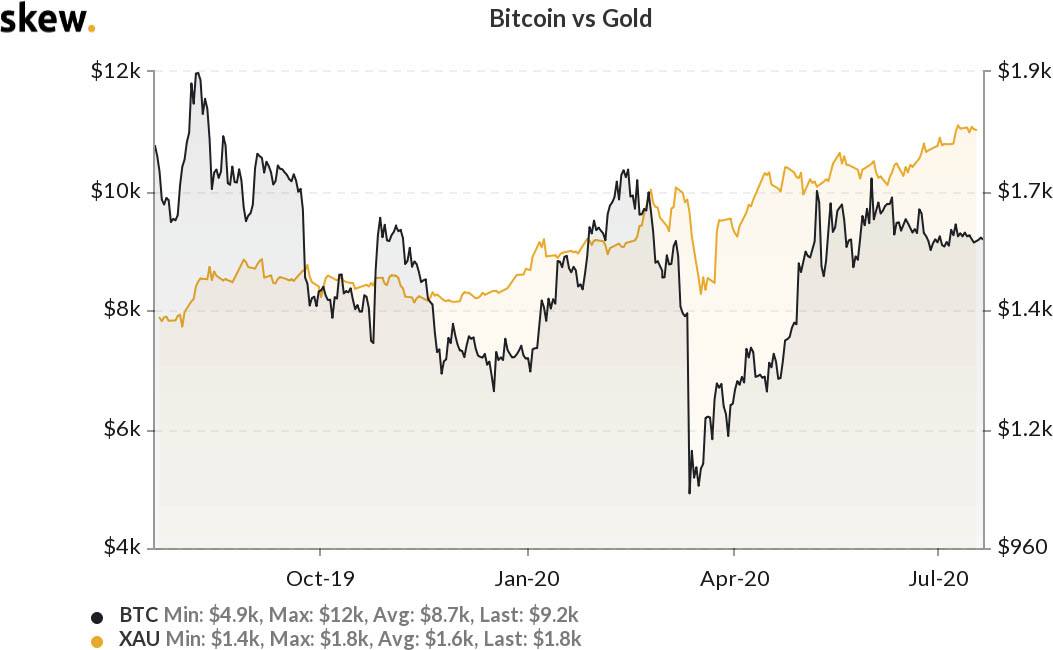 Binance further reported significant growth in its futures products focused on altcoins, contrasting with a tailing off in activity for Bitcoin.

This, it said in an accompanying blog post, underscores investor attention concentrating on altcoin markets in the wake of uninspiring Bitcoin price action.

“The unusual stagnation in Bitcoin’s price has shifted investors’ appetite towards altcoins as prices surged to new all-time highs,” the blog post stated.

“This explosion in Altcoin demand has ushered in an altcoin season, as seen by Bitcoin’s declining market capitalization dominance.” 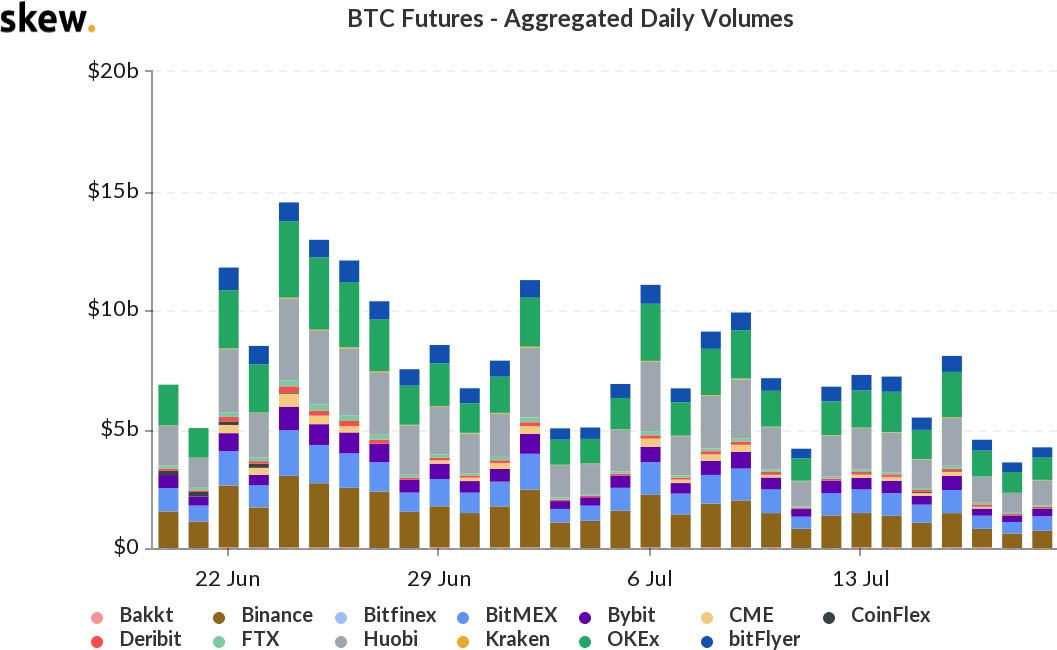 Which direction a Bitcoin price breakout could take is open to debate, however. Analysis suggests a pullback of 11%, in line with support as part of the current descending price channel.

At the same time, Bitcoin network fundamentals and miner sentiment remain conspicuously strong. Difficulty is forecast for another 6.3% rise in seven days’ time, which will constitute its highest level ever. Likewise, the average hash rate remains near its historical all-time highs. 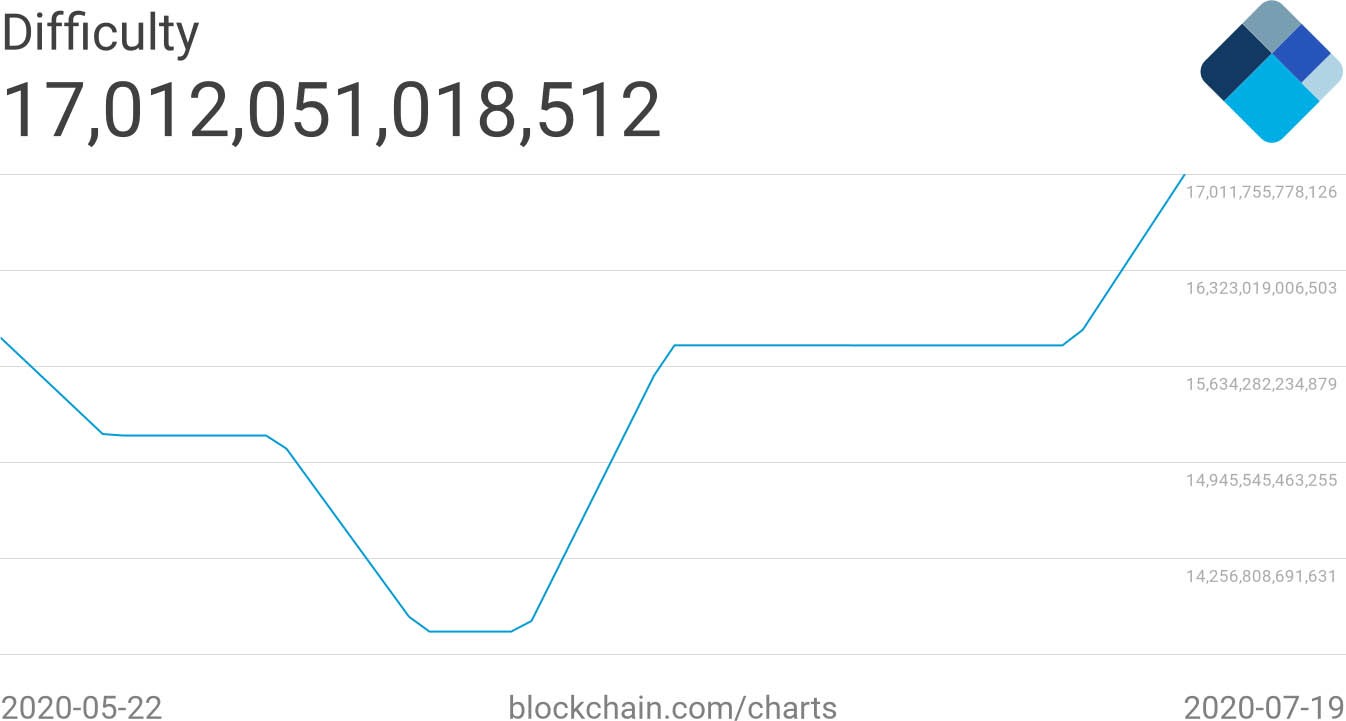 Difficulty refers to the effort required to solve equations on the Bitcoin blockchain, while hash rate is a rough measure of the computing power dedicated to mining.

While both metrics only give an impression of network health, consistent upward growth has previously resulted in a knock-on effect for price action.

Chief among the proponents of the theory that “price follows hash rate” is Max Keiser, the RT host who continues to be highly bullish on BTC/USD, forecasting a $500,000 price target.