Leading cryptocurrency exchange Binance recently burned over 1.68 million of its BNB tokens worth approximately $800 million. The trading platform carried out its 18th burn and completed the first quarterly BNB Auto-Burn.

Since Binance and its exchange token was launched in 2017, the firm has committed to removing 100 million BNB or half of the total supply in circulation through burning.

Previous quarterly burns were based on the tokens’ usage and revenue generated on the exchange. During the last quarterly burn, Binance removed 1.34 million BNB in circulation. Other burns ranged from 808,000 BNB to 3.6 million BNB burned.

Following the community’s feedback, the BNB Auto-Burn was introduced to allow for a more objective process independent of the centralized ecosystem.

The burning system calculates how many tokens to remove from circulation based on the price of BNB, which reflects on demand and the number of blocks produced in the quarter.

Binance Coin price has formed an ascending parallel channel on the daily chart, suggesting an overall bullish outlook for BNB.

The Momentum Reversal Indicator (MRI) has recently flashed a bottom signal as BNB reached the lower boundary of the governing technical pattern, suggesting that Binance Coin price is preparing for a rebound. 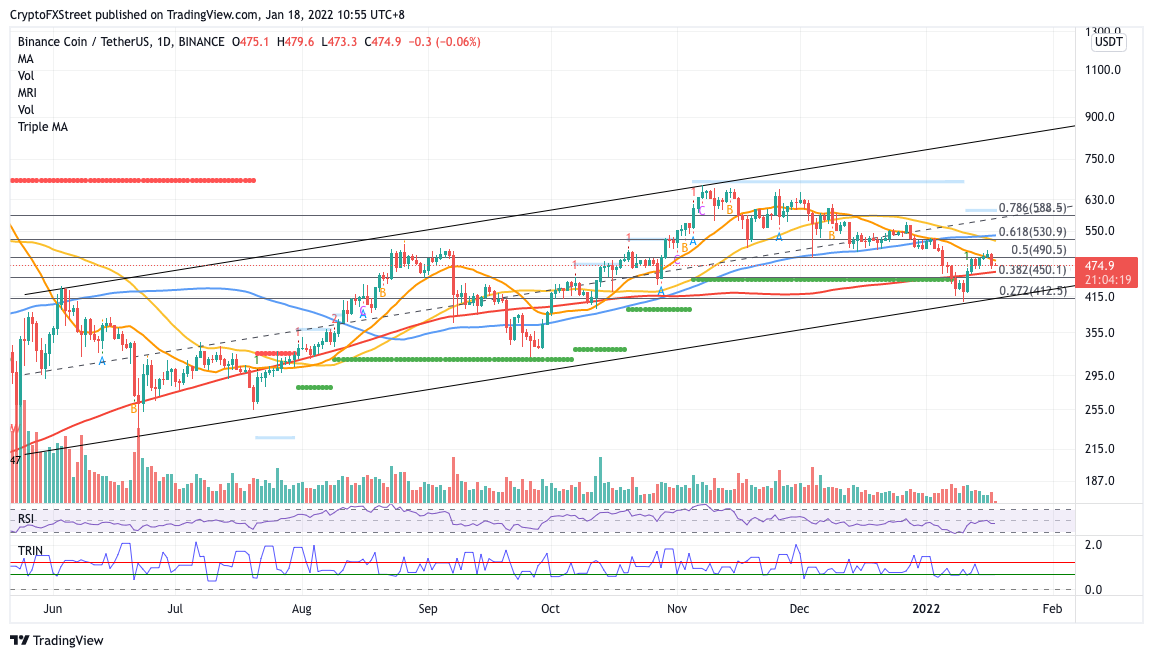 A spike in buy orders may incentivize the bulls to target the middle boundary of the prevailing chart pattern at $588, which intersects with the 78.6% Fibonacci retracement level.

However, an increase in selling pressure may see Binance Coin price slide toward the 200-day SMA at $450, which sits near the 38.2% Fibonacci retracement level.