The crypto industry is still reeling from the impact of FTX's demise after the collapse of the troubled exchange wiped out a considerable amount of the market's total value. The event has sent shock waves through the investment community and solidified many non-crypto investors' doubts about whether digital assets should form a part of their portfolios. By the looks of things, their answer might be “no”.

Following the collapse of FTX and the ongoing liquidity crisis, the CEO of Binance, ChangPeng Zhao (CZ) has come up with a way to fix the situation. Zhao has stated that the exchange will be forming an "Industry Recovery Fund" to reduce the impact of the market breakdown.

This fund will be used to rescue only fundamentally strong projects that are suffering from a liquidity crisis. He also called upon other industry players to co-invest to rebuild the space.

CZ stated that "Crypto is not going away," and surprisingly, this sentiment was also shared by Twitter's new owner, Elon Musk, who tweeted,

BTC will make it, but might be a long winter

While this call-to-action is CZ’s plan to backstop the ongoing liquidity crisis in post-FTX collapse, investors are skeptical on a recovery rally. Analysts, however, believe that a short-term recovery bounce is likely, but the long-term outlook remains extremely indecisive.

The growing correlation between the S&P 500 Index and Bitcoin made it seem like the two might walk hand in hand, for better or for worse. But as the crypto market fell over the last few months, the stock market remained relatively stable, and the two decoupled. As of November 8, their correlation fell to 0.15 before climbing back to 0.41, yet still standing at a four-month low.

But beyond stocks, Bitcoin was considered to be the next best inflation hedge after Gold, effectively receiving the title of "digital Gold". Yet this year it has lost that title. Down by 74% from its price this time last year, Bitcoin fell from $65,509 to trade at $16,493. Gold, on the other hand, only slipped by 4.84%. 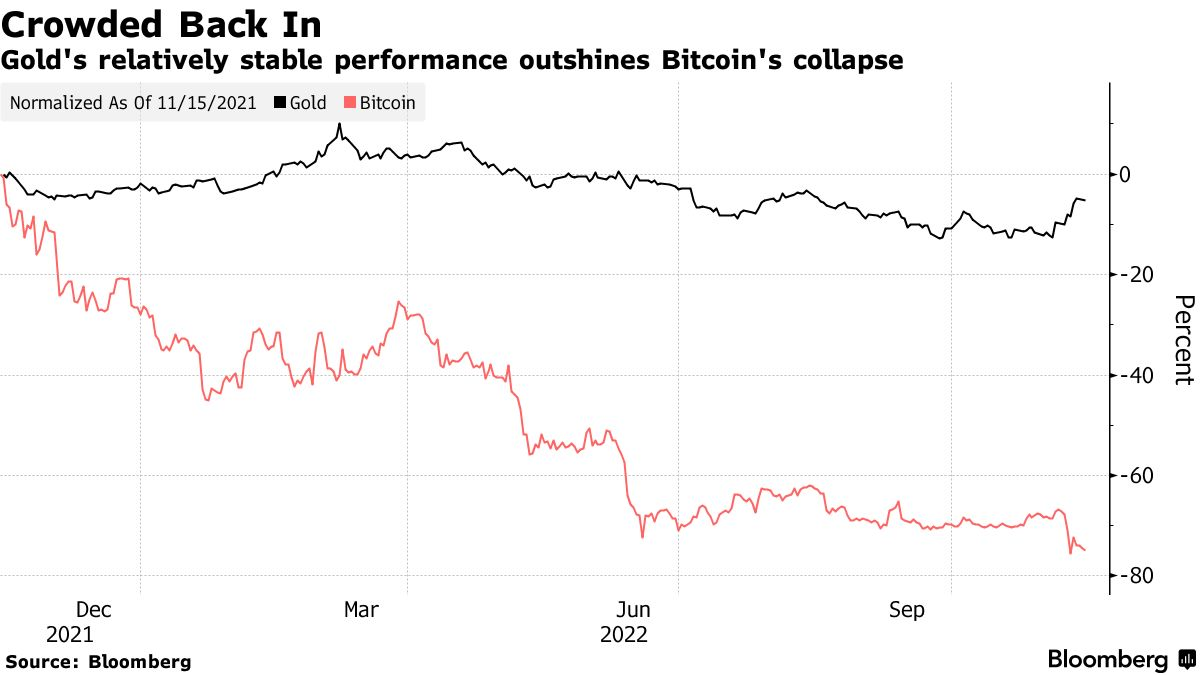 Bitcoin vs. Gold performance in 12 months

All things considered, it would not come as any surprise if mainstream investors across the globe might pull the plug on their crypto investments. The volatility of the market, which has killed top-notch firms like Voyager and Three Arrows Capital remains untamed and thus outside the remit of global investors looking for assets to fill their portfolios.