The three-month put-call skew, which measures the cost of puts relative to calls, has turned positive, hit a 6-week high of 3%, according to data provided by the crypto derivatives research firm Skew.

The positive number shows that put options are drawing higher prices or demand than calls or bullish bets. At the start of the month, the three-month gauge stood at -5%, indicating a bullish bias.

A positive skew does not necessarily mean traders are taking outright bearish bets rather they could be adding downside protection against long positions in the spot or futures markets. 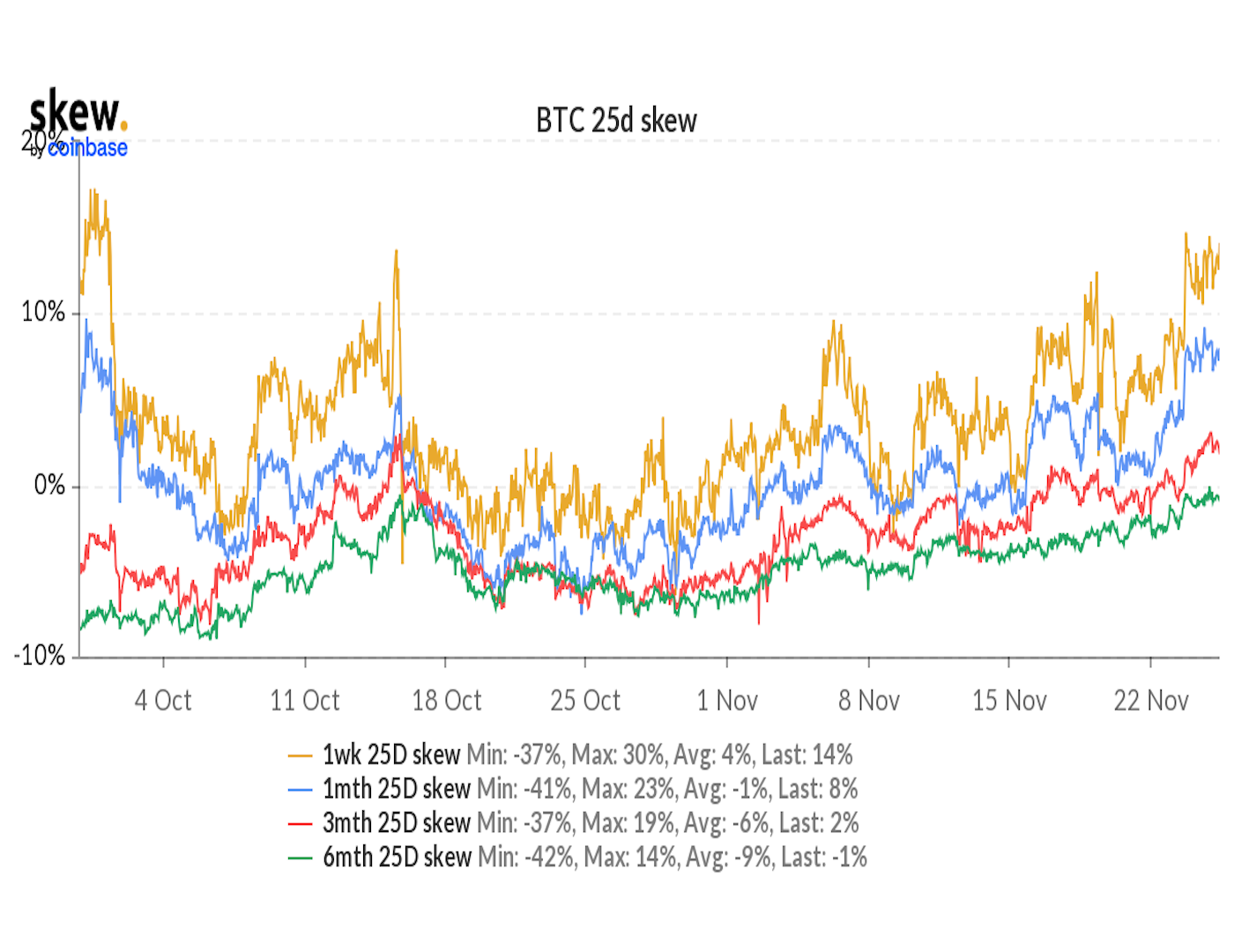 Concerns that the U.S. Federal Reserve (Fed) may chalk out a faster end to its two-year stimulus program and the resulting strength in the dollar appear to have driven the cryptocurrency lower. The dollar index, which tracks the greenback’s value against major fiat currencies, has increased by 3% since the hotter-than-expected U.S. inflation data released on Nov. 10.

The Fed began cutting back on the monthly bond-buying program from this month and stands ready to accelerate the unwinding of stimulus if things continue to heat up. Minutes from the November Fed meeting released on Wednesday shows that policymakers were willing to raise interest rates if inflation continues to rise.

So, the dollar may remain strong in the coming weeks, keeping bitcoin gains under check.

Data provided by Skew shows a total of 51,900 options contracts worth nearly $3 billion are due for expiry on Friday. About $2.5 billion worth of options will be settled by Deribit, the world’s largest crypto options exchange, at 08:00 am UTC.

The majority of open interest is concentrated in call options at strikes above bitcoin’s record price. The max pain, or the price level at which option buyers would suffer the most loss on expiry, is $58,000. 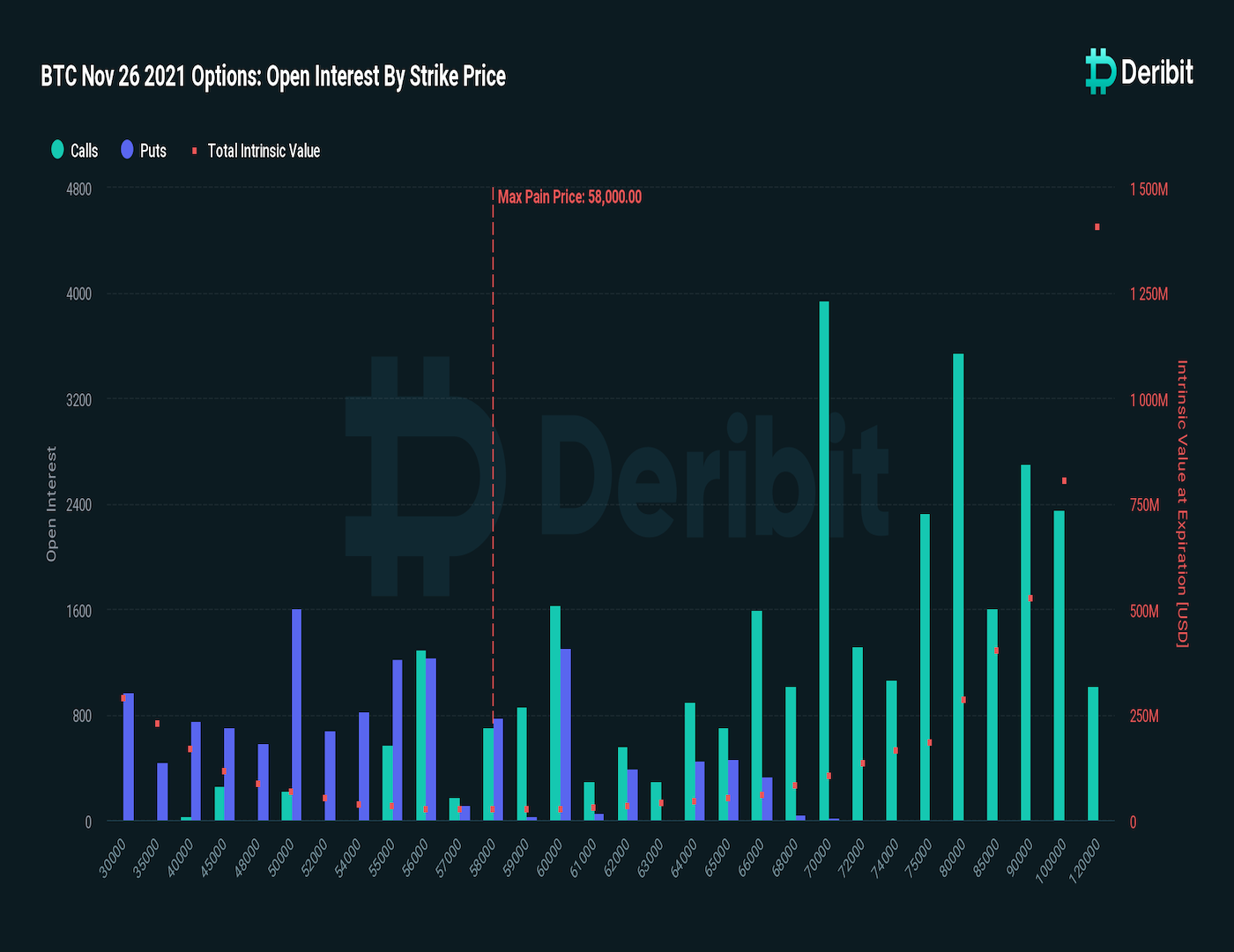 According to a theory, the max pain acts as a magnet while heading into the expiry as option sellers, typically large institutions, buy or sell the underlying asset to keep the price around key levels to inflict maximum loss on buyers.

While there is no evidence of sellers using such strategies in the bitcoin market, the cryptocurrency has, in the past, moved in the direction of the max pain point ahead of expiry and gained strong directional bias after the settlement.

So, the prospects of a big move in the next day or two cannot be ruled out, more so, as volumes are likely to be thin due to the Thanksgiving holiday.