Axie Infinity (AXS) price action is tilted to the downside as sentiment in AXS soured during the weekend. The break of the supportive 55-day Simple Moving Average (SMA) got broken to the downside at $64 and has turned into resistance in today's trading session. Further downside is eyeing $51.91 as the next profit-taking level for bears in Axie Infinity.

Axie Infinity was already in a bearish triangle. The descending trend line from August 21 has kept price action to the downside, except for the false breakout at the beginning of September. As September continued, buyers could not even keep AXS price above $73.62 as there was no support for another leg higher. With that level not holding any support and switching to resistance, bulls have tried to ramp AXS price back up toward there but failed and created a descending trend line as a technical element.

Axie Infinity bears have used this descending trend line as a reference point. Around $72 sellers will seize the opportunity to enter some sizable short positions, with a stop safely above that marked level at $73.62. The sellers from these trades will not hurry to give up gains as their positions are currently in the money. 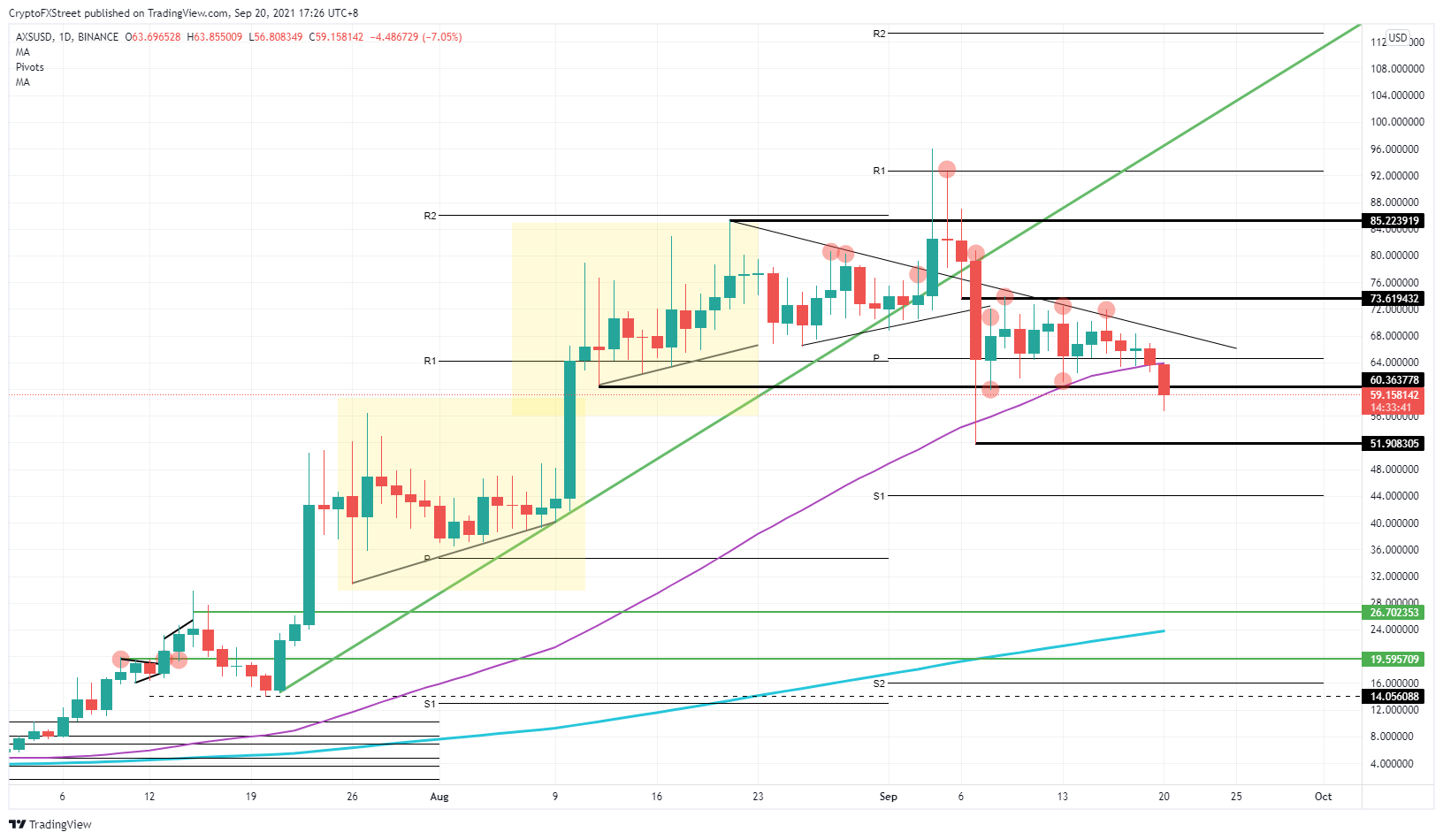 With the push to the downside and sellers sitting on their positions, the break of the 55-day SMA around $64 must-have hit and hurt some bulls. Expect them to stand on the sideline as well, as they will want to wait for this short trade to play out before trying to get in Axie Infinity price action again. Proof on that is that the $60.36 has been broken on a third retest, and price action moved quite easily below it. Profit-taking on those short positions in AXS will happen around $51.91, which was the low on September 7 and looks suitable for a retest.

If buyers start buying the dip prematurely, expect a possible reversal of the adverse price action AXS has had today. Still, the descending trend line will be difficult to break. Bulls will need a catalyst or an incentive to go long in size so that sellers can get squeezed out of their positions and stops.