AVAX price prepares for a leg-up as the bearish momentum looks ready to disappear. The correction has knocked Avalanche close to the high probability reversal zone, suggesting a new uptrend.

AVAX price rose roughly 60% between November 18 and November 21 to set up a new high at $147. This run-up faced massive profit-taking and resulted in a 30% correction. However, buyers stepped in as Avalanche entered the buy zone, resulting in a 25% upswing.

While this rally was likely to revisit the range high at $139, it failed and resulted in another 10% pullback that puts AVAX price to where it currently trades - $116. Interestingly, this position is above the high probability reversal zone, extending from $106 to $113.

A dip into this area is likely to promote buying from sidelined investors. Therefore, market participants can expect AVAX price to kick-start an upswing soon. The first level that the bulls will encounter is the December 1 swing high at $127. Clearing this area will propel Avalanche to the range high at $139. This leg-up would constitute a 20% ascent and is something that investors can expect.

In a bullish case, AVAX price could extend beyond $139 and retest the all-time high at $147. 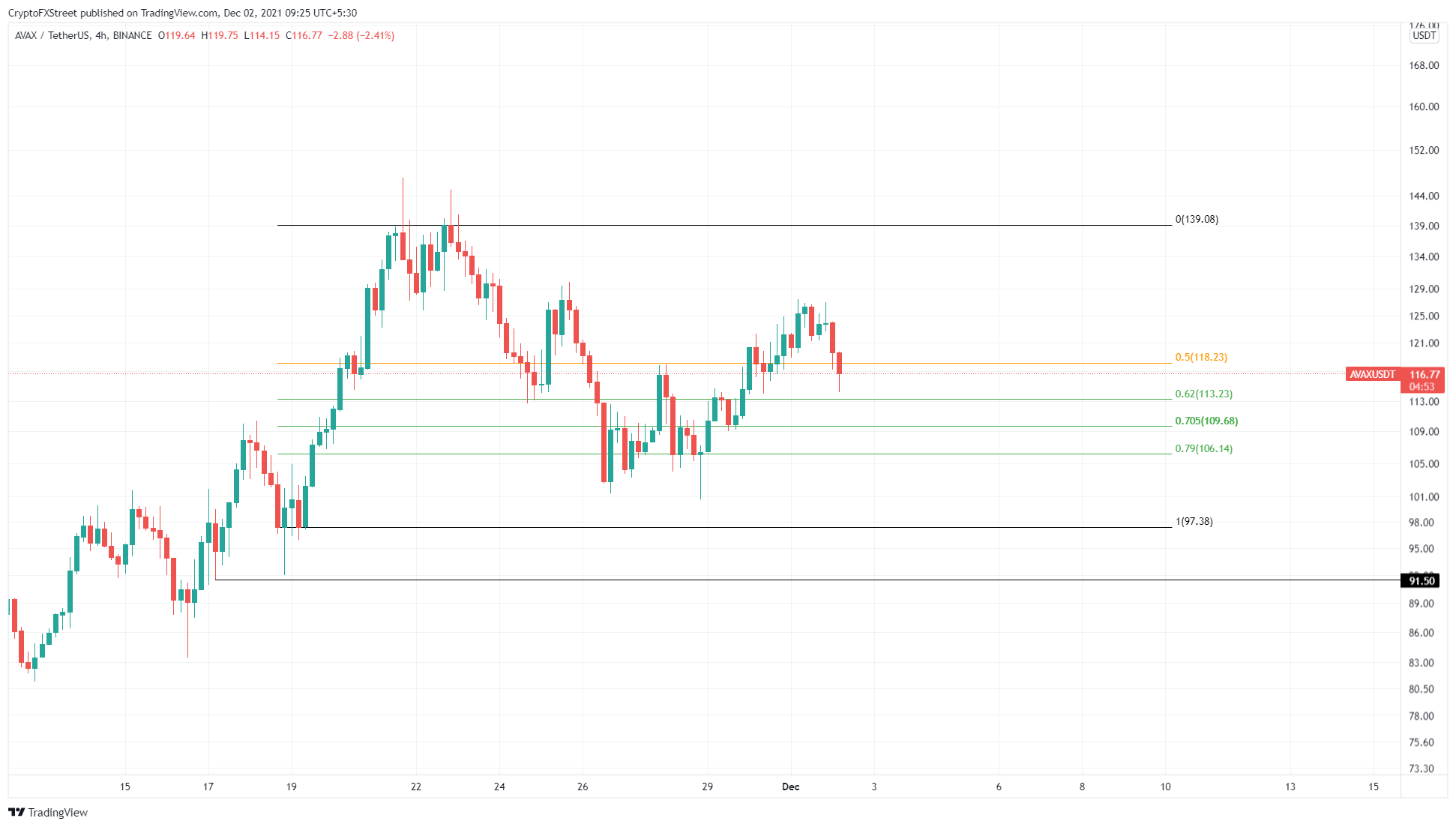 While things are looking up for AVAX price, a breakdown of the 79% Fibonacci retracement level at $106 will indicate that buyers are either unable or unwilling to step up. In such a situation, AVAX price will revisit the range low at $97, where the bulls can give the uptrend another go.

However, a daily close below $97 will create a lower low and invalidate the bullish thesis. In some cases, Avalanche could dip lower and retest the $91 support level.