Aptos price has undergone an incredible rally over the past week that has caught many investors off guard in a good way. This massive run-up could be coming to an end based on technical and on-chain perspectives.

Aptos price could hint at a local top formation

As APT retests $19.31, there are two bearish signals - bearish divergence and the unfavorable 30-day (Market Value to Realized Value) MVRV.

The local top formed by Aptos price on January 21 and 25 are higher highs, but the Relative Strength Index (RSI) has produced lower highs. This non-conformity is a clear indication of declining momentum and hints that APT price action might follow soon.

In such a case, the important levels for retracement include the $16.43 and $15.53 support levels. 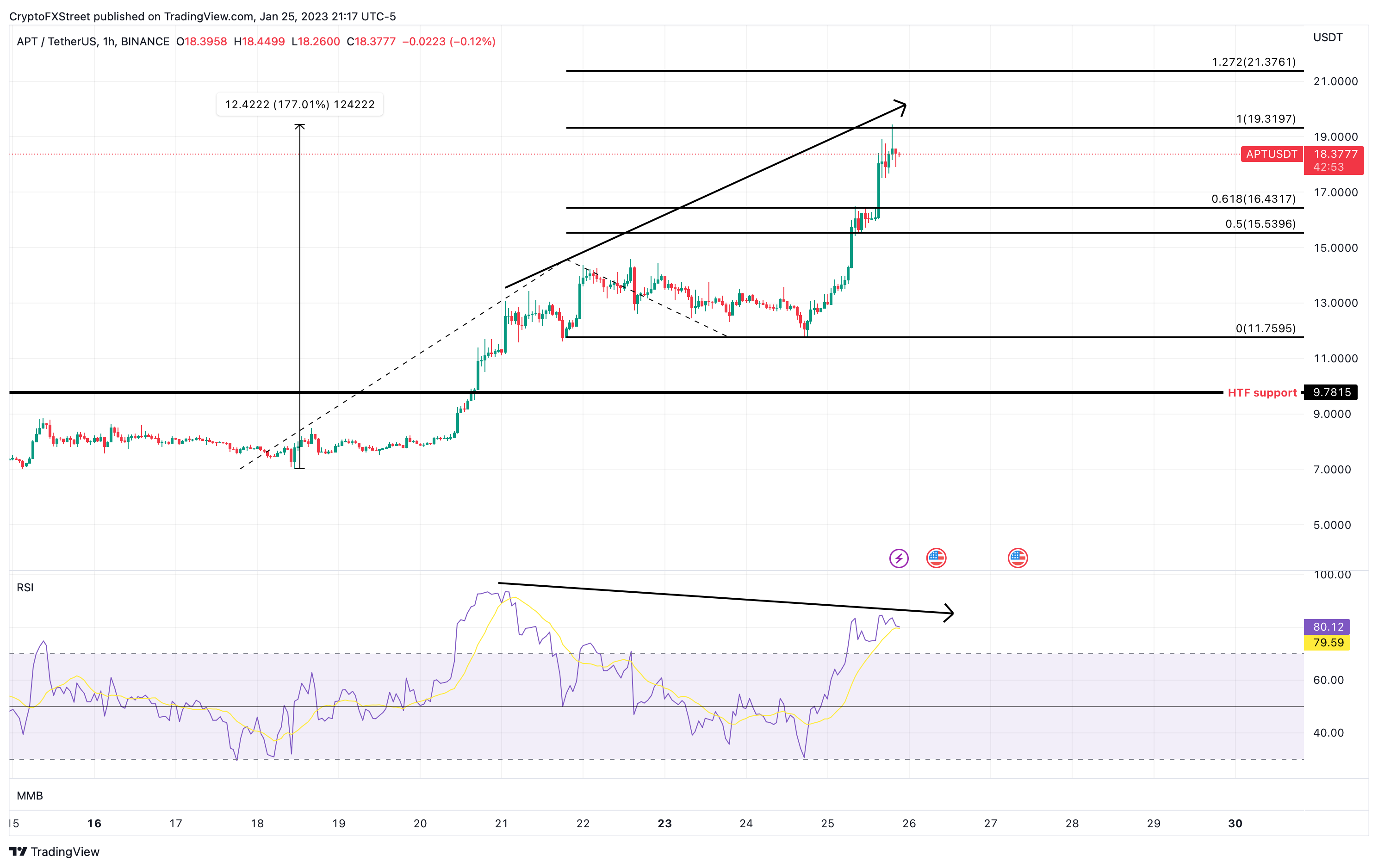 Further confirming the local top formation for Aptos price is the 30-day MVRV, which formed a peak at 19.50%. This value is the average profit of all addresses that purchased APT in the past month.

Interestingly, from a historical standpoint, there has been a significant sell-off that occurred in APT after the MVRV entered the 17% to 32% zone and can be seen in the chart attached below.

While the overall outlook for altcoins might appear to be bullish, investors need to be extremely cautious, especially if Bitcoin price tumbles. A minor pullback in Aptos price may be expected, but if bulls gain momentum and push the price above the $19.31 resistance level, it would negate the bearish outlook.

In this situation, Aptos price could eye the next trend-based Fibonacci extension level at 127.2% or $21.37.