WTI crude oil futures (December delivery) crawled above its 20- and 50-day simple moving averages (SMA) following the positive vaccine news, but the 61.8% Fibonacci of the 65.61 – 6.62 downleg appeared heavy to push once again at 43.08, with the price stabilizing around that level.

The tiny thin candles posted the past few days mirror an indecisive market. Still, with the RSI attempting to regain strength above its 50 neutral mark and the MACD gradually rising within the positive area, hopes for more bullish action remain.

The region above the 43.00 level is obstacle-free until the 48.80 number, a break of which could immediately get trapped within the former 50.60 – 53.90 restrictive area.

On the downside, if the bears retake control, the 50-day SMA could add some footing around 40.00 as it did last week. Diving lower, the 200-day SMA and the 38.2% Fibonacci of 36.13 could stop the sell-off from testing the swing low of 33.63 as any violation at this point would re-activate the downtrend from the 43.76 peak. If the latter materializes, selling interest may pick up steam towards the 38.2% Fibonacci of 29.17 and the 27.80 barrier.

Summarizing, WTI crude oil is in a sideways move between the 40.00 and 43.00 boundaries. Any break at these borders would steer the commodity in a new direction. 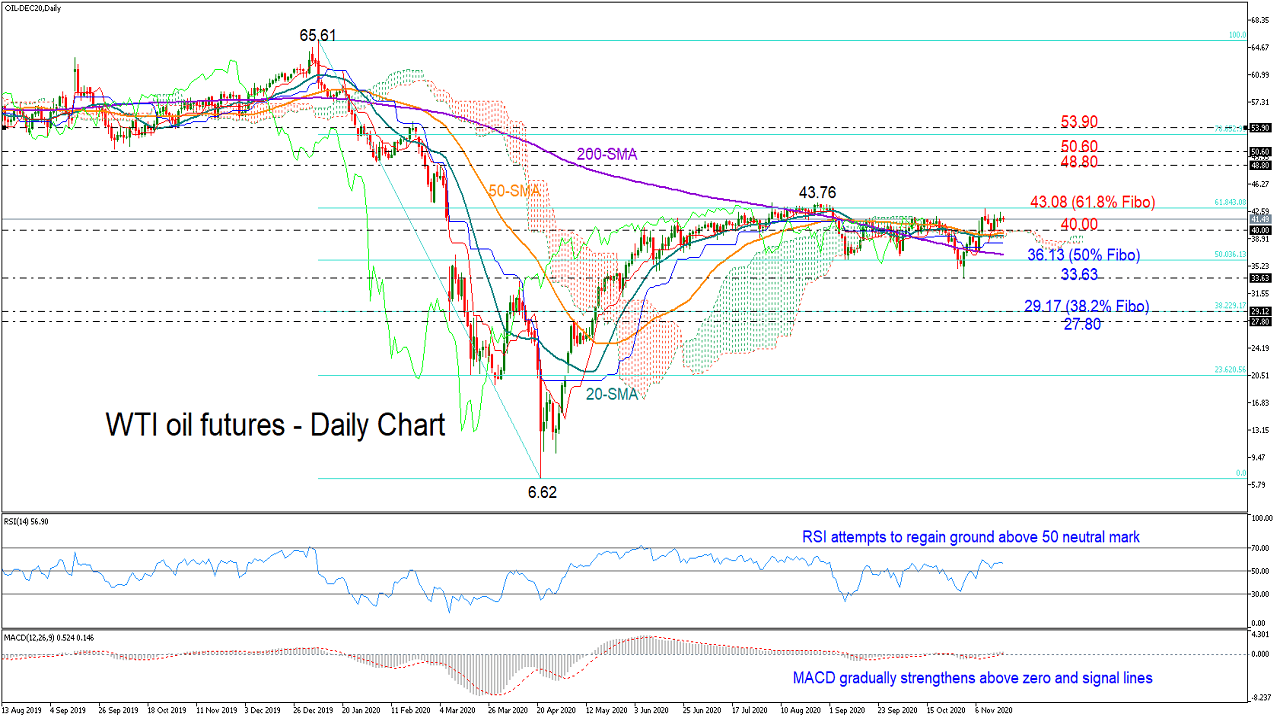