Equity markets rallied into the end of the week as positioning finally got the boost it needed from a reduction in bond yields. This was enough to send equity markets higher and help the riskier side of the market receover more ground lost this year. Worries though can not be totally put to one side as the risk barometer for this generation, Bitcoin, failed to participate and held onto the $20,000 for dear life. The weekend has been a harsh environment for Bitcoin previously so we will have to keep an eye on screens over the weekend. Why should we bother you ask? Well correlations? Since the start of the year Bitcoin has been highly correlated to the main indices, Nasdaq and S&P 500 (SPX), see below. Bitcoin has begun to break away and move significantly lower so it remains to be seen if it is still a leading indicator for risk sentiment.

The situation remains pretty grim though despite market soothsayers trying to paint a positive picture on Friday. They were merely reacting to price action and crafting the narrative to fit the action. We were told that the University of Michigan Sentiment reading contained some good news. Let's go throgh it then and see where it is.

Hmm it doesn't appear to be in there. Sentiment is worsening,in fact, this was the lowest reading in history. It looks more and more likely a recession is imminent and consumers are reacting accordingly. There is some element of contra indicator in sentiment readings, as in the old adage buy when everyone is panicking but no one is panicking just yet. They are merely gloomy, people are still buying. With spending about to drop and inflation still surging we have an incredibly poor environment for risk assets.

But we were told the reduction in inflation expectations within the Michigan Sentiment survey was the main reason for Friday's rally. To recap 1-year expectations moved lower from 5.4% to 5.3%. Wow excuse the sarcasm but come off it, that is well within the margin of error in any survey and just to remind you the Michigan Survey has 600 respondents! The rally was clearly due to light equity positioning and the likelihood of a recession doing the Fed's job for it and bringing inflation back down. This rally has all the classic hallmarks of a bear market rally ahead of the half-year-end. Earnings season then is set up to be ugly with a surging dollar, energy, and commodity prices hitting earnings as well as those old favorites supply chain issues. Inflation and sentiment like what we have just witnessed do not make for happy corporate earnings, no way out of this one, corporate earnings are going lower, a lot lower. CEO's and CFO's are growing increasingly gloomy and they are the ones that will be giving guidance during earnings conference calls.

As a reminder earnings estimates have been continually upgraded, repeat upgraded by Wall Street analysts. Reality is due to hit home.

Already energy stocks have turned with XLE being down 25% from the early June highs. Another 20% lower and XLE Energy would be flat for the year, the percentage is small compared to mega tech weighting in the S&P, but this could see panic selling as the only bellwether sector nears a nadir. With oil prices close to dipping under $100 earlier this week oil stocks could have peaked. 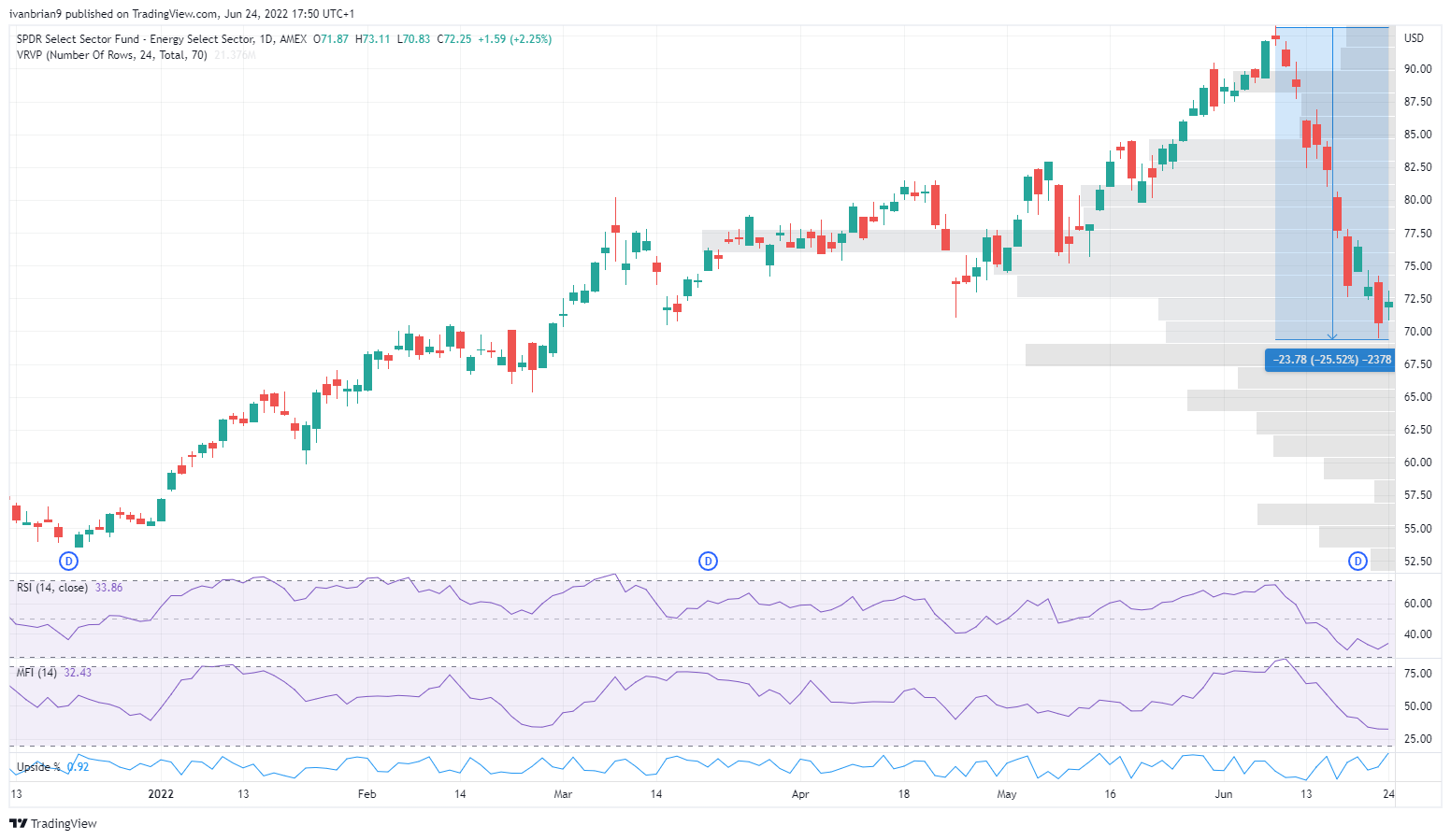 This week's rally was due to the bond market finally calming down. This year bond market volatility MOVE Index has moved, excuse the pun, from 60 to over 140. So it is still high but has retraced a bit this week. The bond market is uncertain because the Fed is uncertain and has changed tack several times this year, the latest being the panic 75 basis point leak to the press. 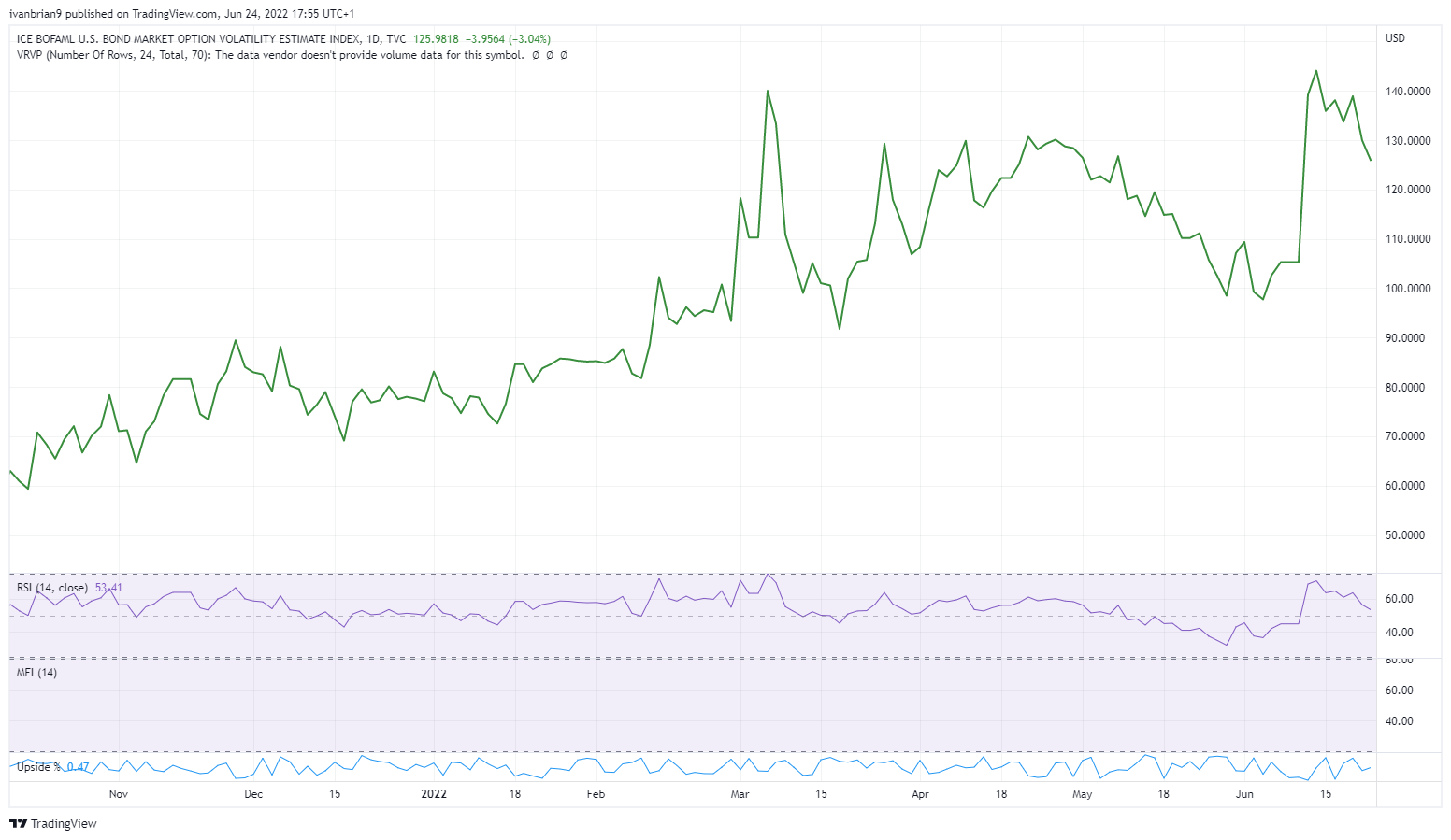 We have now just about closed the gap on the weekly chart up to $389. But the rally can last a bit longer and can stretch up to $415. We doubt it will beak there but that is still 10% higher than current levels. We also have the bullish divergence playing out from the RSI. 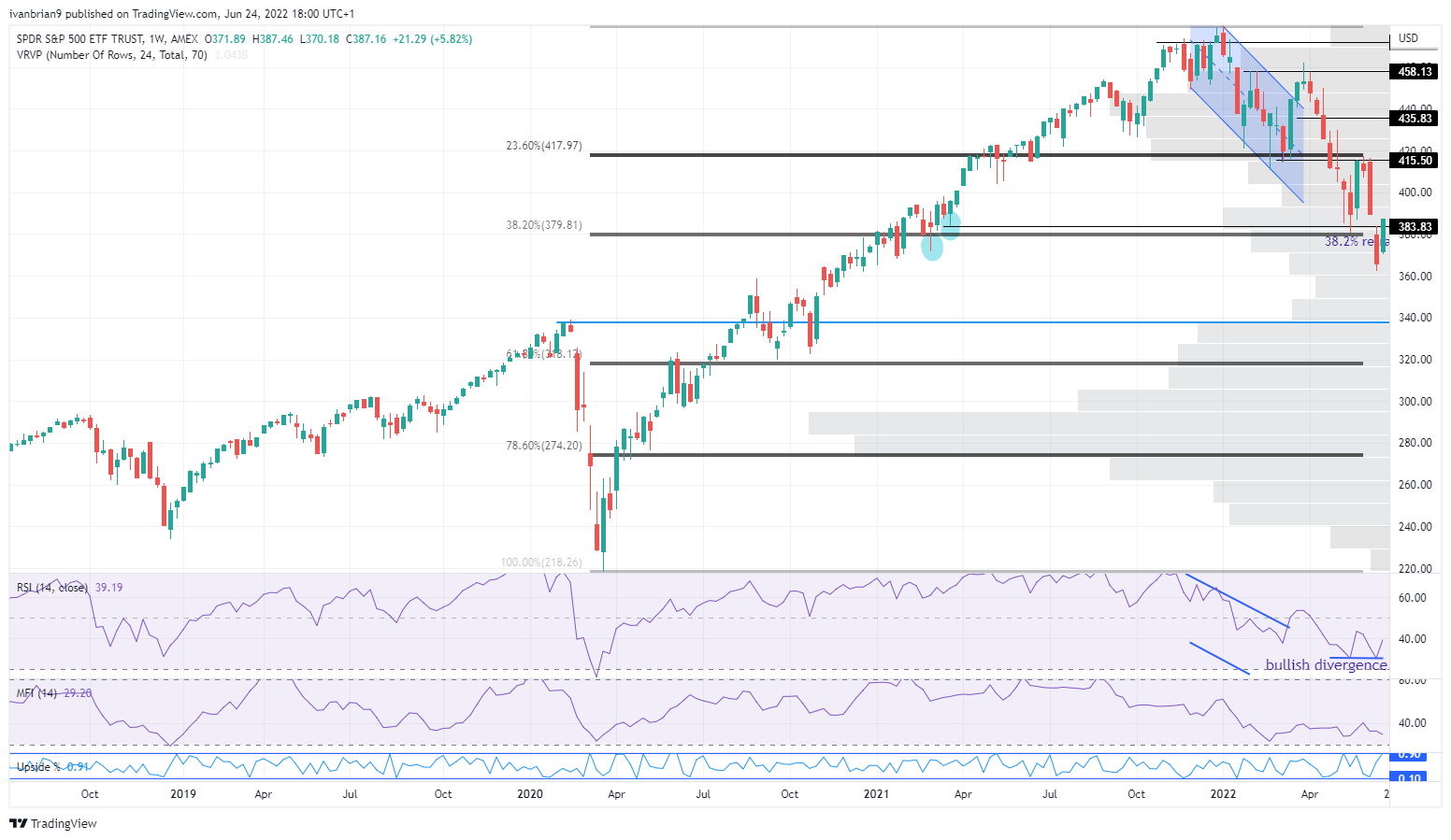 Nike (NKE) will give some guidelines as to consumer demand which soared during the pandemic. Bed Bath and Beyond is a former meme stock if the retail army can rouse themselves and push it either way. 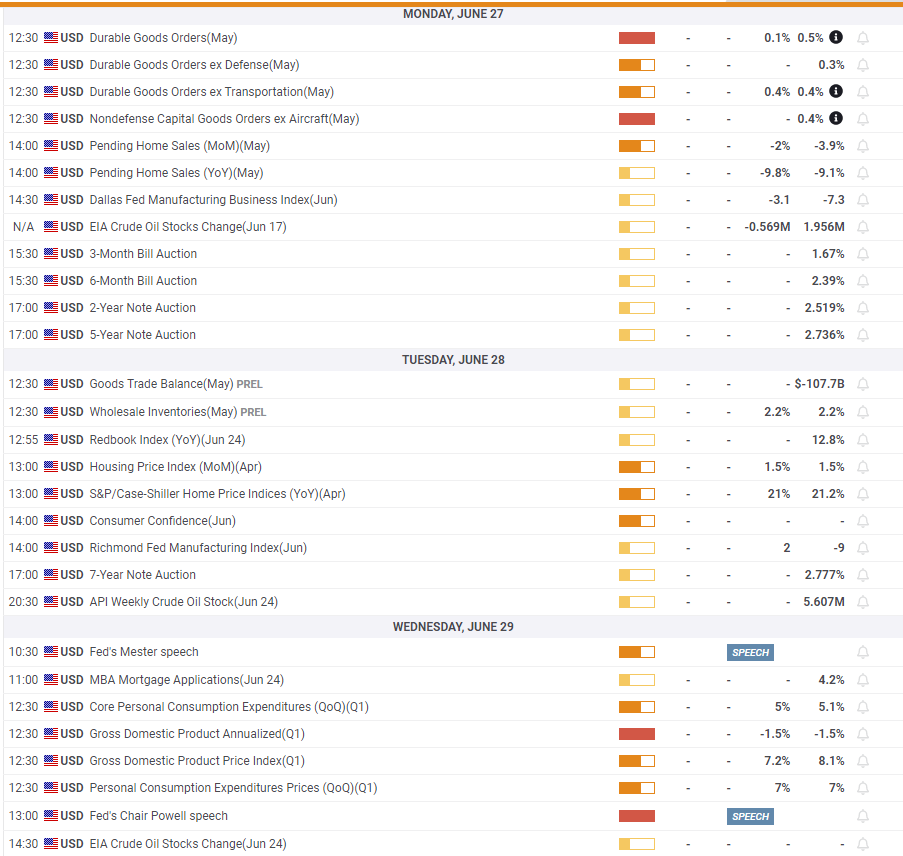 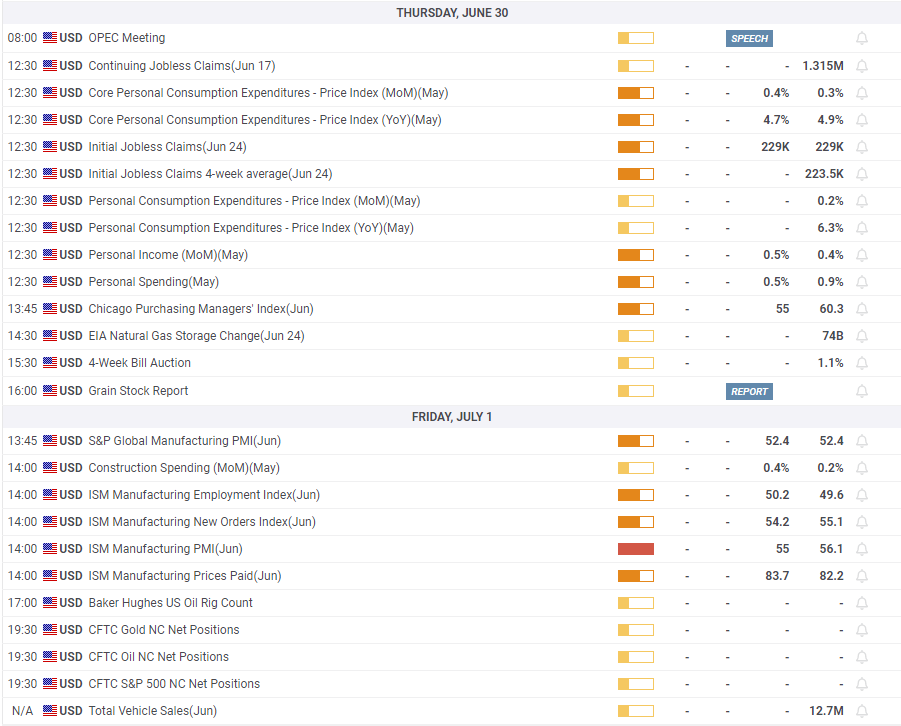