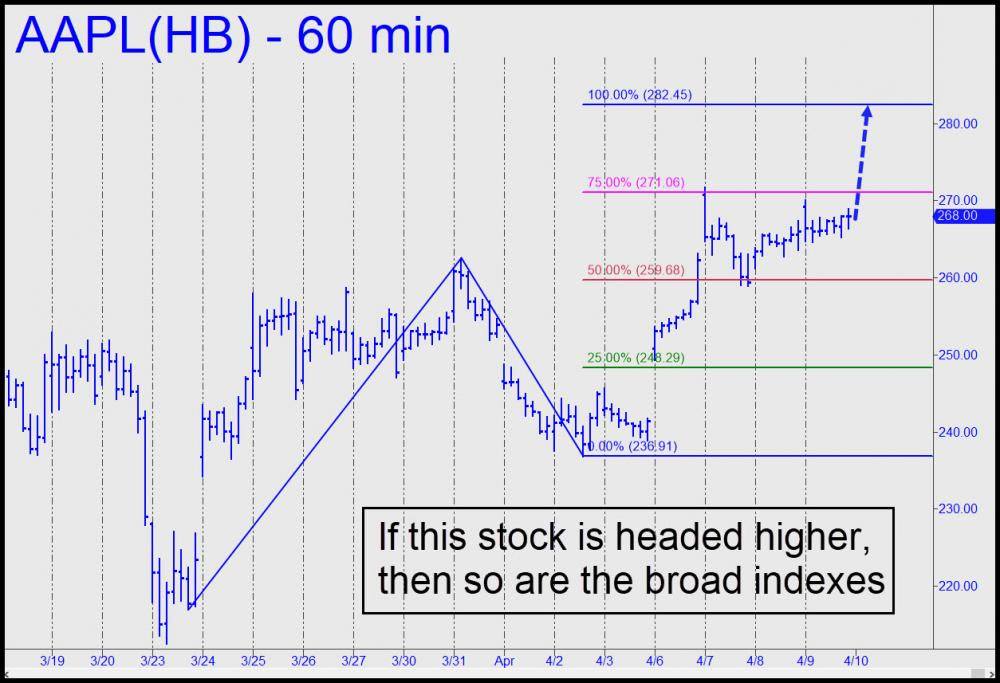 Investors who think the worst is over had better prepare for the other shoe to drop. Stocks rallied sharply last week, reflecting the egregious miscalculation not only of bulls who have yet to meet a dip they could not buy, but also of bears who evidently fear that the crazed buying binge will continue for no good reason. They should relax, since there has never been an instance where an initial drop of 30% in the stock market did not take at least another six months to bottom.

Another reason why bears shouldn't panic to get 'em back is that in bear markets, shares tend to fall by as much as earnings. Assuming that the bottom line is halved over the next six to nine months for S&P 500 companies -- a very conservative estimate, considering the number of businesses that are either headed into bankruptcy or shuttered indefinitely --  the S&P 500 should eventually fall to at least 1700. That is miles below the current 2789, and 22% lower than the March 23 crash-landing bottom.

AAPL Is Key, as Always

As always, we'll be keeping a close eye on AAPL, the most popular stock in the portfolio world and a reliable bellwether for the stock market in good times or bad. Short-covering nuttiness has pushed the stock as high as 271.70 so far, but you should expect the rally to hit a minimum 282.45, an important Hidden Pivot resistance, before it sputters out. A commensurate targets for the E-Mini S&Ps lies at 2881, exactly 94 points above Friday's close. Enjoy the rally while it lasts, but don't get too caught up in the idea that we are seeing the V-shaped bottom that many financial advisers have told their clients to count on.

Although we often ascribe prescience to the stock market, it is actually as dumb as a fence post. It doesn't know much more than you or I about the pandemic and its future consequences, and there are therefore far too many big uncertainties for a sustained rally. Keep in mind as well that if the E-Mini S&Ps achieve the 2881 target noted above, they would be  trading just 15% below their all-time highs. Considering the extent of the damage that has befallen mankind and the global economy, it seems extremely improbably that a 15% haircut would set things right. It were as though we'd suffered but a relative moment of pain for a catastrophe that will forever change the way we live and conduct business.