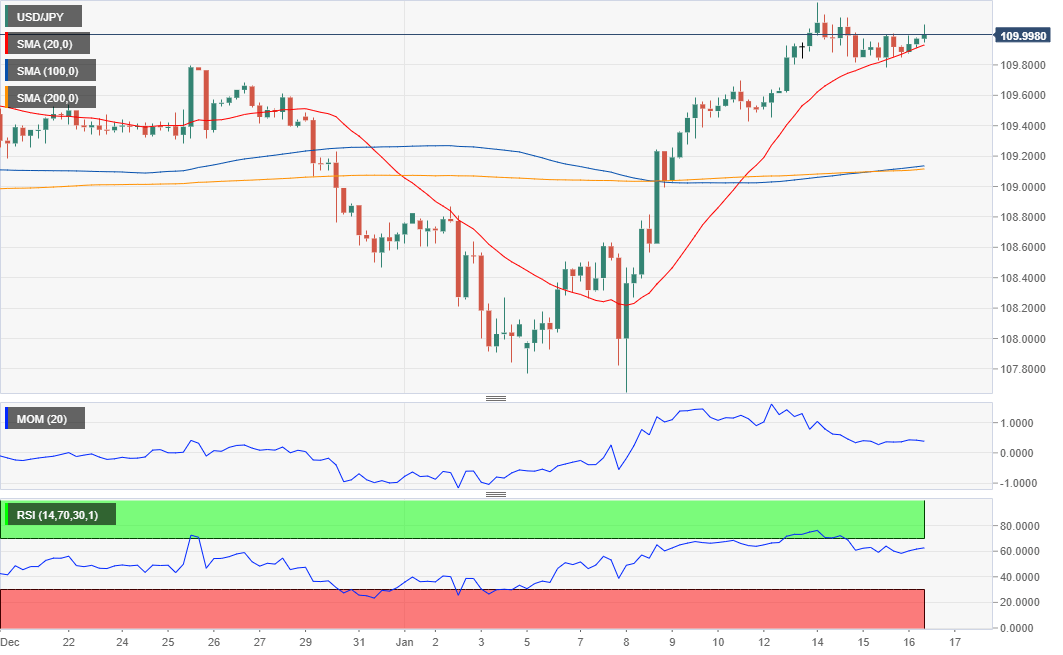 The greenback remains weak this Thursday, although it trades within familiar levels against most major rivals. The USD/JPY pair is trying to recover above the 110.00 figure, helped by the absence of safe-haven demand.

The US and China had come to an initial agreement on trade, signing phase one of the deal on Wednesday. The market was disappointed amid the deal being mostly China’s compromise to buy a certain amount of US goods and services, without tariffs rollback. However, US President Trump said that levies could be removed in phase two, which he announced will start shortly. The general idea is that once those are out, the global economic slowdown will start reverting.

Japan released overnight November Machinery Orders, which came in at 18%, beating the market’s expectations and recovering from -6.1% in the previous month. The country also released the December Producer Price Index, which was up by 0.9% YoY as expected.

The market is now waiting for US Retail Sales, foreseen up in December by 0.3%. The Retail Sales Control Group reading is seen at 0.4% from 0.1% previously. Initial Jobless Claims and Business Inventories will also be published today.

The USD/JPY is neutral-to-bullish, according to the 4-hour chart, as a bullish 20 SMA continues to lead the way up and providing dynamic support. The lack of follow-through beyond the recent 110.21 high keeps the Momentum indicator around its midline, although the RSI has picked up, currently around 65 and skewing the risk to the upside.

The USD/JPY pair rose further during the American session amid an improvement in market sentiment. It printed a fresh daily high at 109.19.