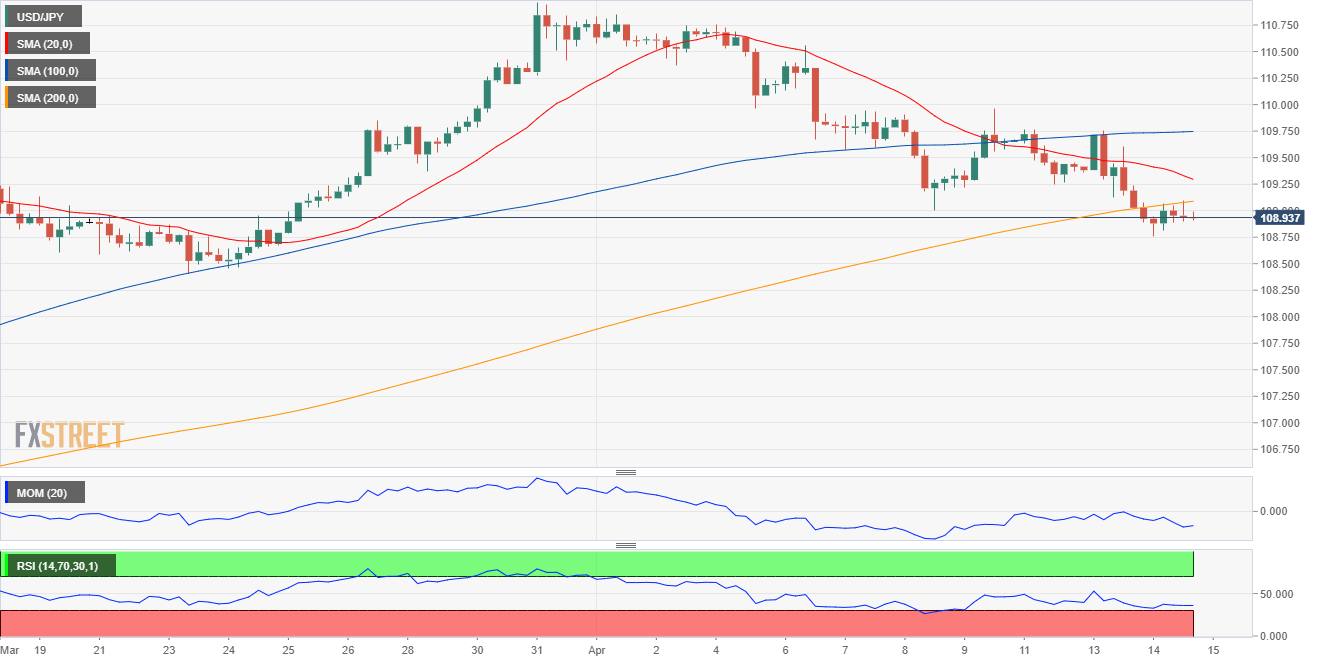 The USD/JPY pair fell to a fresh April low of 108.74, maintaining its sour tone. The pair spent most of the American session consolidating just below the 109.00 level, ignoring intraday gains in equities. Instead, investors kept an eye on government bond yields. The yield on the 10-year Treasury note fell to 1.611%,  to end the day unchanged around 1.64%.

Japan released February Machinery Orders, down by 8.5% MoM and fell 7.1% YoY, much worse than the expected advances. Also, Bank of Japan Governor Haruhiko Kuroda offered a speech, but he repeated his usual stance of maintaining an ultra-loose policy to achieve the 2% inflation target. The country won’t publish relevant macroeconomic figures, although BOJ’s Governor Kuroda is scheduled to speak this Thursday.

The USD/JPY pair is under pressure and could extend its decline during the upcoming sessions.  The 4-hour chart shows that the price is developing just below its 200 SMA, after breaking below the shorter ones earlier in the week. The 20 SMA heads firmly lower below the 100 SMA, indicating increased selling interest. Meanwhile, technical indicators remain within negative levels, without clear directional strength.