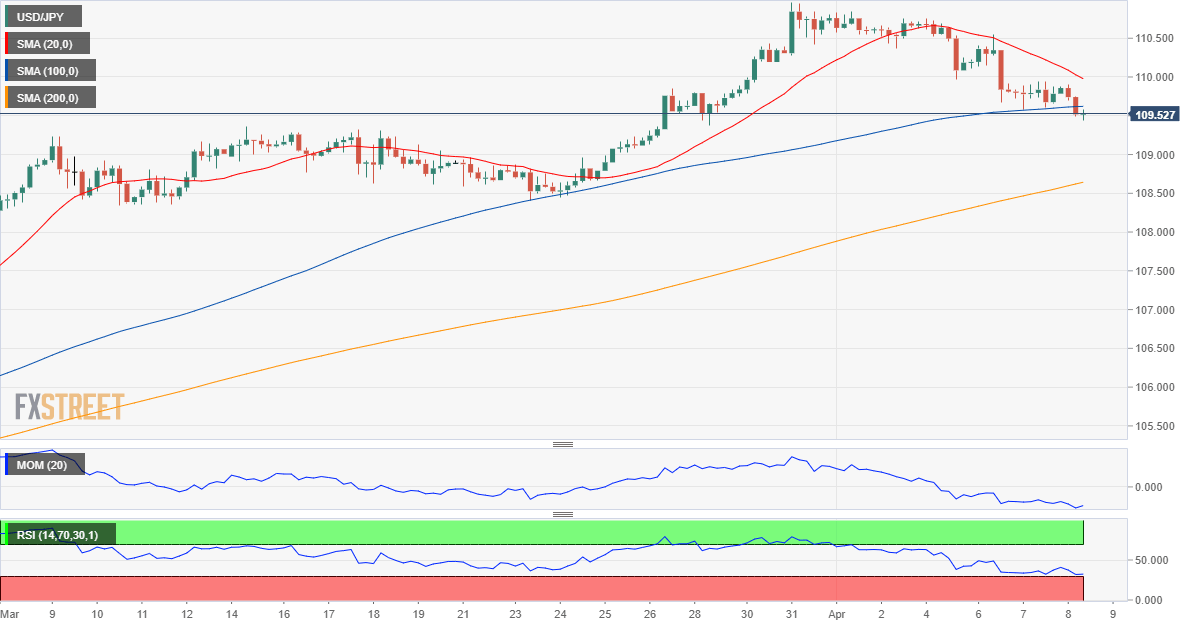 The USD/JPY pair extends its decline, currently trading in the 109.50 price zone, as the greenback is among the weakest currencies across the FX board. On Wednesday, the US Federal Reserve published the Minutes of its March meeting, reiterating that the accommodative monetary policy will remain in place until “substantial further progress” is achieved on their employment and inflation goals. The document was no surprise and failed to trigger some action.

Japan published its February Current Account overnight, which posted a surplus of ¥2916.9 billion, largely surpassing the ¥1996 billion expected. The Trade Balance for the same month improved to ¥524.2 billion from ¥-130.1 billion in the previous month. Also, March Consumer Confidence printed at 36.1, better than the previous 33.8.  The Eco Watchers Survey for the current situation came in at 49, while the Outlook resulted in 49.8.

The US session will bring Initial Jobless Claims for the week ended April 2, foreseen at 680K from 719K previously and a speech from US Federal Reserve chief Jerome Powell, due to participate in a panel discussion about the global economy at a virtual International Monetary Fund Seminar.

The USD/JPY pair maintains a sour tone, with the risk skewed to the downside in the near-term. In the 4-hour chart, the pair has broken below its 100 SMA, while the 20 SMA accelerates its decline above it. Technical indicators remain near oversold readings, bouncing modestly although without enough directional strength. The pair bottomed for the day at 109.43, the level to break to test bulls’ determination around the 109.00 threshold.