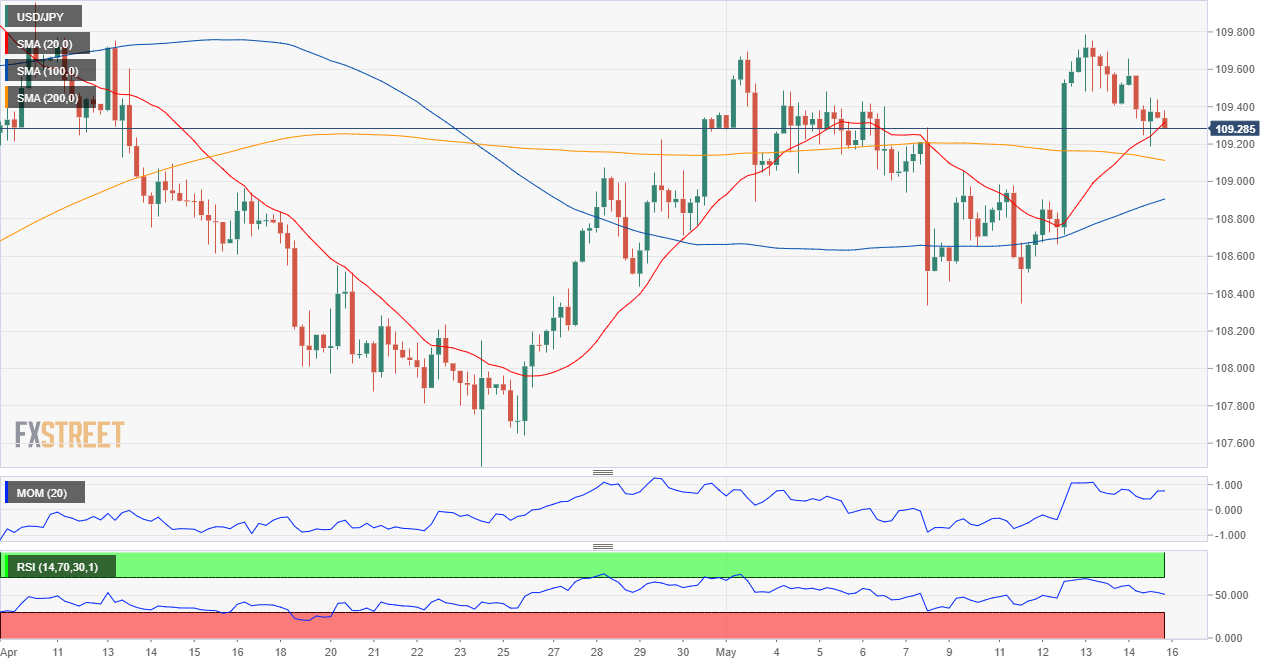 The USD/JPY pair eased on Friday but got to close the week with gains around 109.30. The pair responded to a better market mood that pushed equities higher and government bond yields lower, unable to find a clear direction. The yield on the 10-year US Treasury note settled at 1.63% after flirting mid-week with the 1.70% threshold, as worse-than-expected US data cooled inflationary concerns.

Data wise, Japan published on Friday, April Money Supply, which was up by 9.2% YoY. Early on Monday, the country will release the April Producer Price Index, foreseen up by 3.1% YoY, much better than the previous 1%. It will also publish April Machine Tool Orders, previously at 65%.

The USD/JPY pair has lost its bullish strength, but its bearish potential seems limited at the time being. The daily chart shows that technical indicators ease within positive levels but also that they remain above their midlines. Meanwhile, the pair is well above a flat 20 SMA, currently at around 108.70, while the longer ones advance far below it. The 4-hour chart shows that the pair is meeting buyers around a bullish 20 SMA but holding nearby, while technical indicators accelerated their slides and approach their midlines from above.