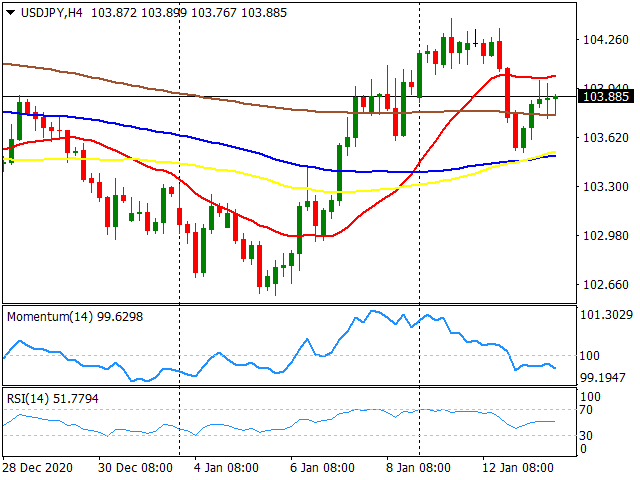 The USD/JPY rebounded on Wednesday and eased around the 104.00 level. A stronger US dollar across the board boosted the pair. The greenback held onto gains even as US yields tumbled. The 10-year dropped to 1.07%, a one-week low while the pair remained steady. Speculations about the next steps of the Federal Reserve and the stimulus program are affecting the bond market. During the American session, a recovery in Wall Street added support to USD/JPY.

Economic data from the US showed that inflation is not a problem at the moment. The annual rate rose to 1.4%, matching the highest reading since April. The number is below the Fed’s target and below pre-pandemic levels. The core rate was steady at 1.6%. According to the Beige Book, most districts said economic activity increased modestly in December. In Japan, the machinery orders report for November is due and in the US, jobless claims. Chinese trade data is also due during the Asian session.