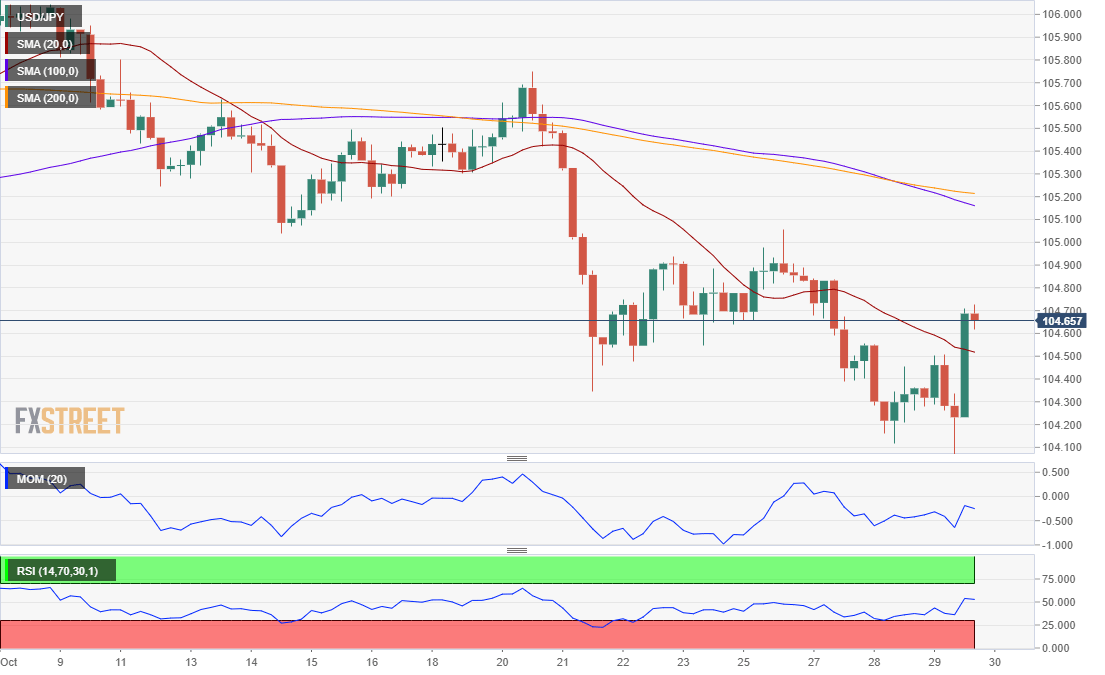 The USD/JPY pair bounced sharply after trading as low as 104.02, currently at around 104.70. The pair got a modest boost during Asian trading hours from the Bank of Japan, as the central bank left its monetary policy unchanged as anticipated, but downgraded inflation and growth forecast for the current fiscal year. The pair later fell on risk-aversion but bounced during the American session on the back of upbeat US data and a modest Wall Street’s comeback.

The pair found additional support in US Treasury yields, which recovered nicely on unexpected improvements in growth and employment figures. The yield on the benchmark 10-year note hit a daily high of 0.84%, ending the day just below this last.  This Friday, Japan will publish October Tokyo inflation, the preliminary estimate of September Industrial Production and the unemployment rate for the same month.

The  USD/JPY pair is technically neutral, according to the 4-hour chart, as it recovered above its 20 SMA which anyway maintains its bearish slope. The larger moving averages are also heading lower above the current level, while technical indicators recovered from oversold readings, but lost momentum once they reached their midlines. The pair bottomed at 103.99 in September, while the ongoing month’s low was set at 104.02. A possible double bottom is underway, although to confirm the figure, the pair needs to break above the neckline at 106.10, quite an unlikely scenario. 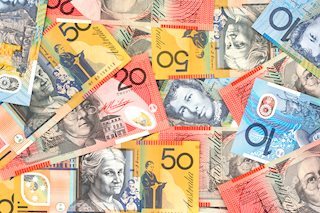 Gold drops back towards multi-month lows in the $1720s

Gold has dropped back from Asia Pacific session highs around $1760 to trade just above last Friday’s multi-month sub-$1720 lows. Focus will be on a raft of tier one US data, stimulus and pandemic updates this week and gold could be choppy.

Dogecoin price is on the verge of a significant 25% breakout. The digital asset receives its first update since 2019 due to increase in demand. DOGE was listed on Phemex with up to 20x leverage.

S&P 500 Goldman says emphatic No, rates are not a risk to equity valuations

Goldman Sachs Chief US Equity Strategist David Kostin said in his weekly note to clients that inflationary concerns were not a risk to equity valuations.

US Dollar Index looks consolidative around 91.00 ahead of ISM

The US Dollar Index (DXY), which tracks the greenback vs. a bundle of its main competitors, navigate the area of 3-week tops just above the 91.00 mark at the beginning of the week.