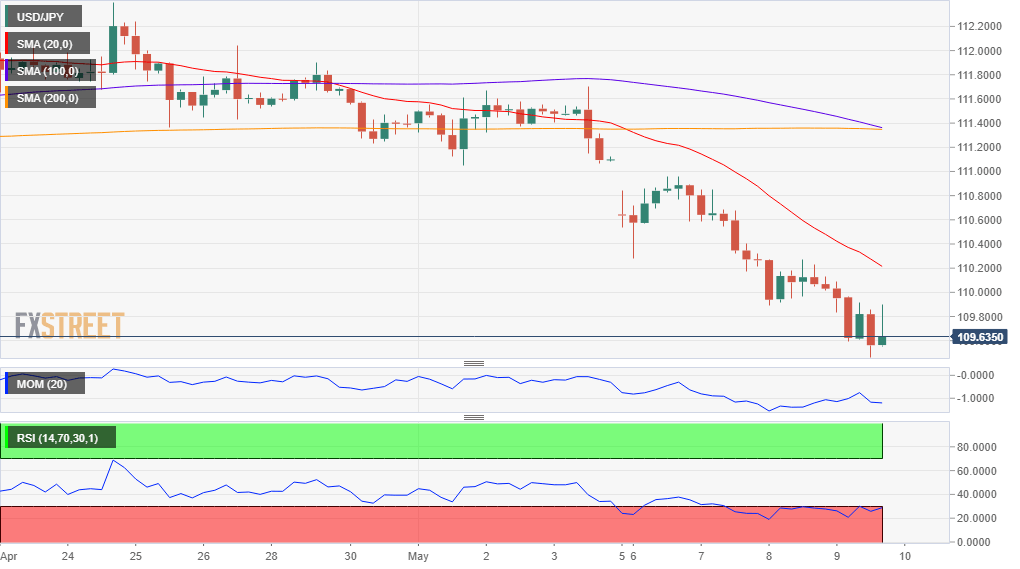 The Japanese currency appreciated further against its American rival on the back of risk sentiment, with the USD/JPY pair falling to 109.46, its lowest since early February, amid escalating trade tensions between the US and China, sending equities further lower worldwide.  Also, US government bond yields declined with the yield on the 10-year Treasury note falling early US session below that of the 3-month bill, inverting part of the yield curve and triggering concerns about the US economic health. Things cooled a bit as Wall Street bounce, while the yield on the 10-year note trimmed early losses and settled at 2.46%. Nevertheless, the dollar remained out of the market's favor, with the USD/JPY pair finishing the day around 109.70. In the data front, Japan released Consumer Confidence which resulted better-than-expected, although declined when compared to the previous month, printing 40.4 in April. The country will release March Labor Cash Earnings and Overall Household Spending during the upcoming Asian session, alongside the BOJ Summary of Opinions.

The USD/JPY pair is poised to extend its decline according to technical readings in the 4 hours chart, even despite the persistent oversold conditions, given that the pair continues developing far below moving averages, and with the 20 SMA maintaining its strong bearish slope far below the larger ones. Technical indicators have neutral-to-bearish slopes holding within oversold territory yet above their recent lows, keeping the risk skewed to the downside.