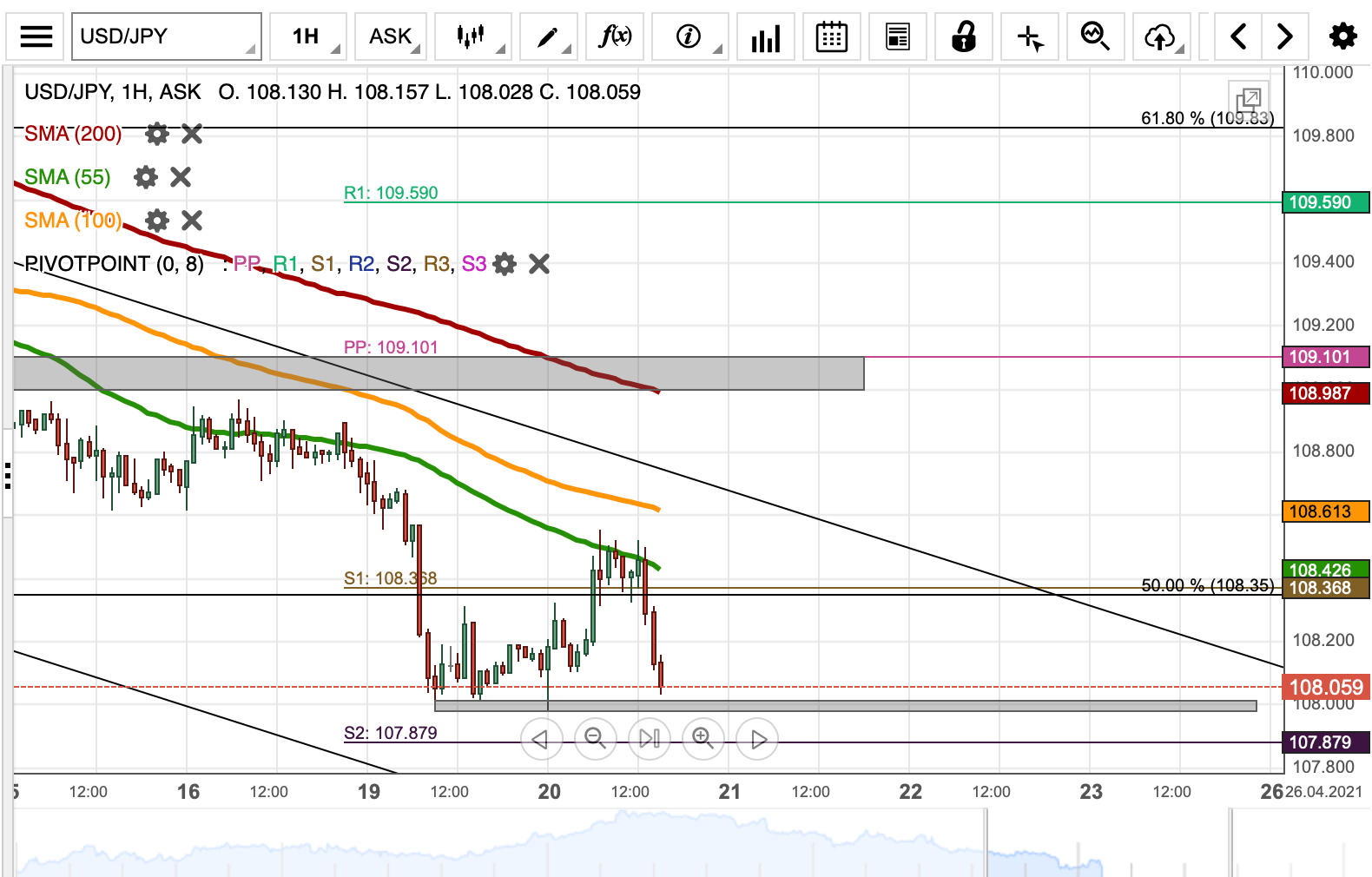 The support of the 108.00 level held out during three attempts of the pair to pass it. On Tuesday, the USD/JPY rate surged above the levels near 108.35 and tested the resistance of the 55-hour simple moving average near 108.50.

In the near term future, another test of the support of the 108.00 level was expected to occur, as during the afternoon of Tuesday's GMT trading a decline started.

If the 108.00 level continues to provide support, the rate could trade sideways until the 55 and 100-hour simple moving averages reach the pair from above. On the other hand, a passing of the 108.00 level could result in the pair finding support in the weekly S2 simple pivot point at 107.88.