Last analysis on the 10th of June expected a deep correction for a B wave. Price has mostly moved sideways, and has now formed a fairly well defined consolidation zone. A correction has developed, but at this stage it is not deep. 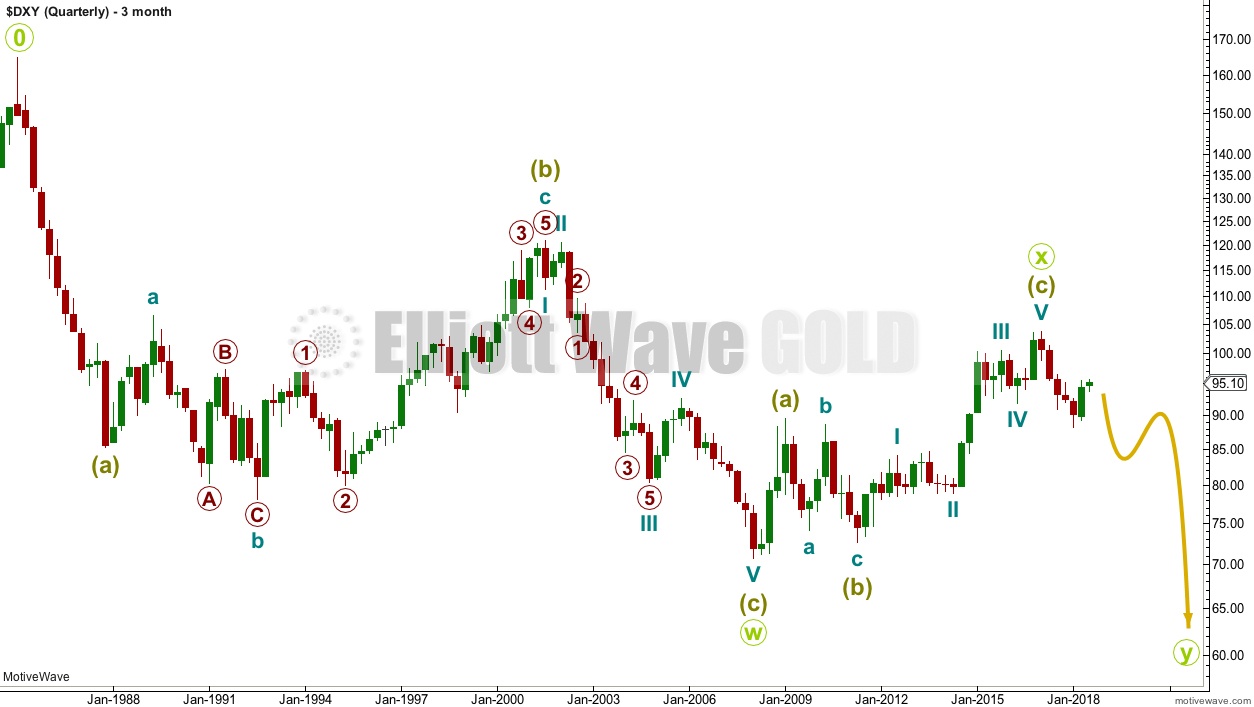 The wave count begins at 0.

A huge double zigzag may be continuing lower. 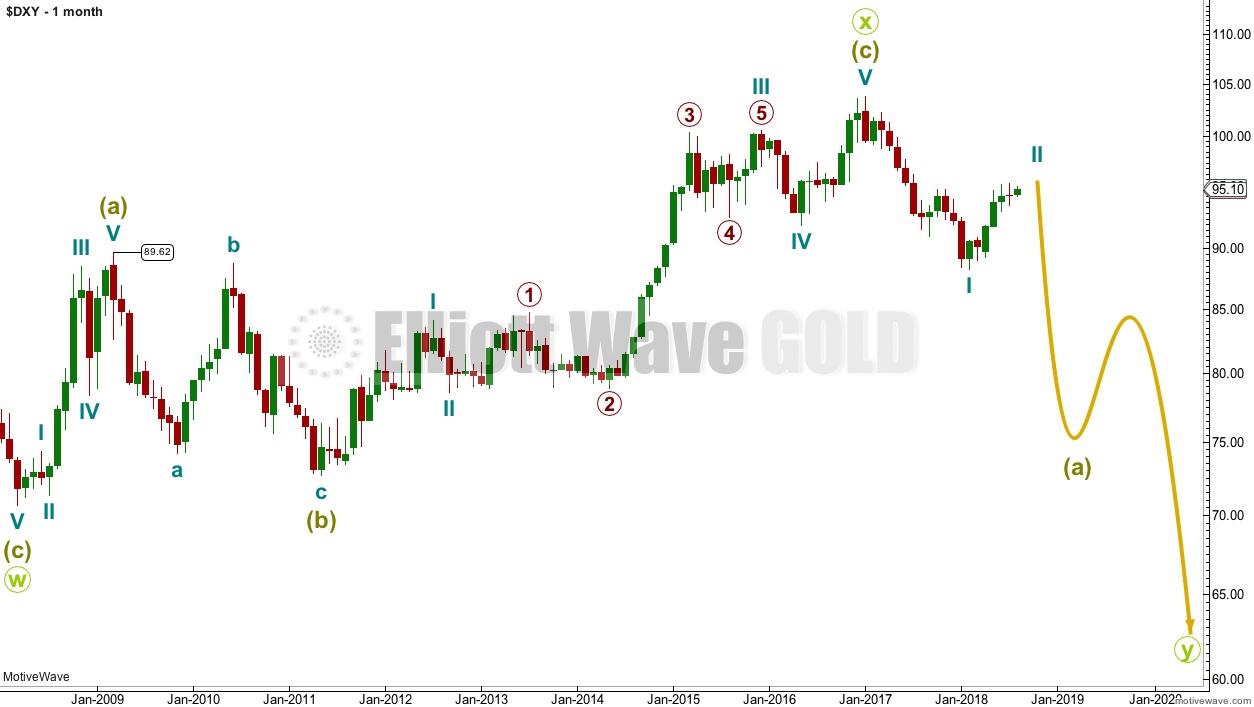 Downwards movement from the high in January 2017 cannot be a fourth wave correction within an ongoing impulse higher because a new low below 89.62 would be back in first wave price territory.

That indicates the last big wave up may be a completed three, and for that reason this is my main wave count. 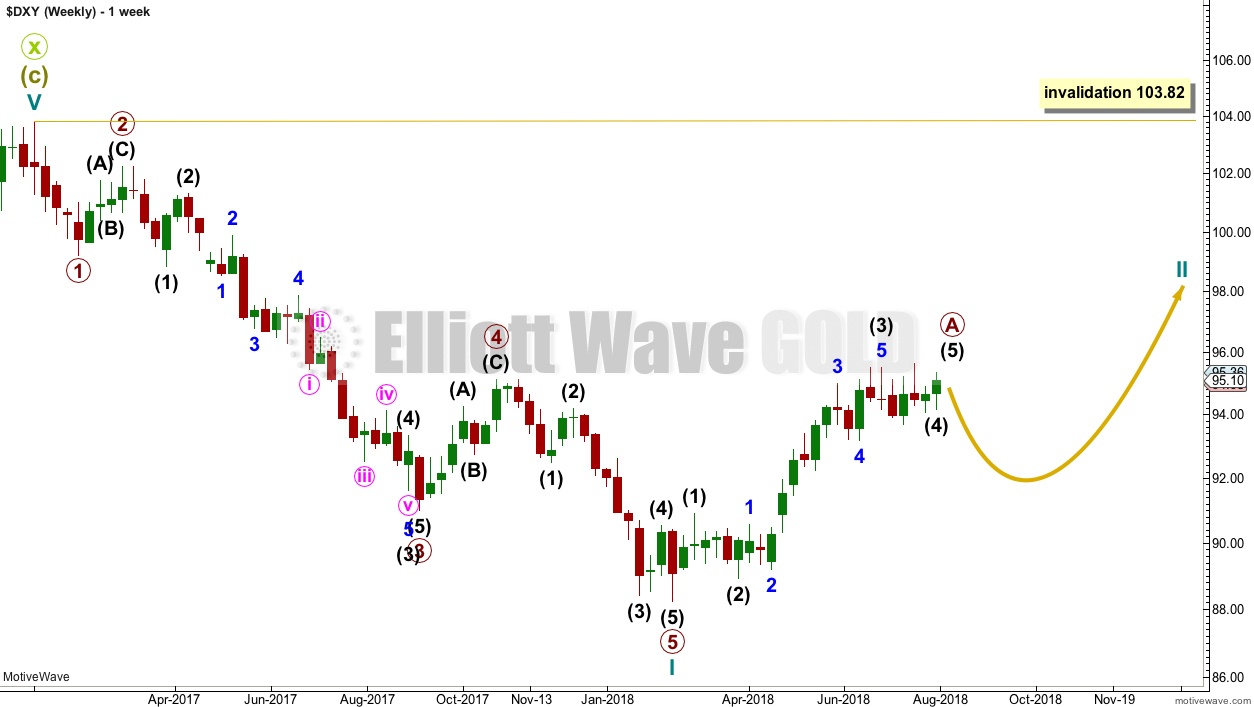 Cycle wave I downwards fits very well as a five wave impulse. This may be reasonably expected to be followed by a three wave structure upwards.

So far upwards movement has developed a little more since last analysis. This now looks like an almost complete five up.

If cycle wave II is beginning with a five up, then it may be unfolding as a zigzag, which is the most common type of corrective structure.

Cycle wave II may not move beyond the start of cycle wave I above 103.82. 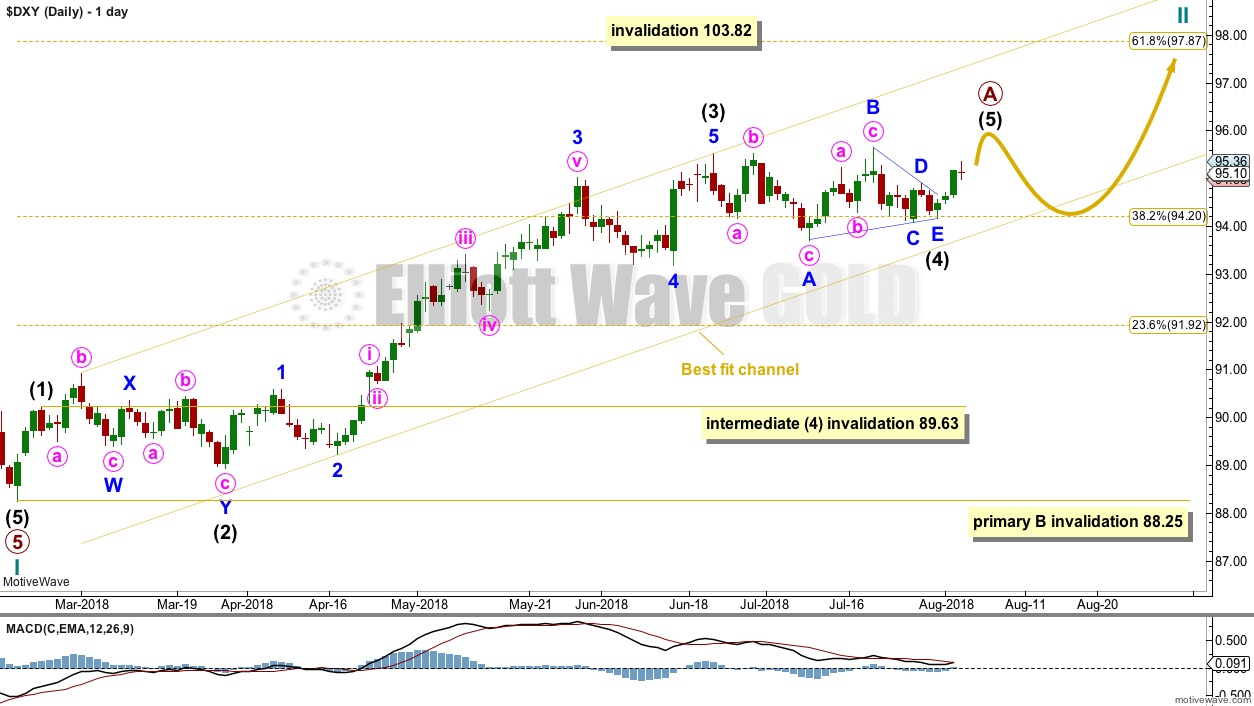 Within intermediate wave (3), there are no adequate Fibonacci ratios between minor waves 1, 3 and 5.

So far primary wave A remains contained within a channel. When price breaks out of the lower edge of the channel, then that may be an indication that primary wave A is complete and primary wave B may then have begun.

Primary wave B may be any one of more than 23 possible corrective structures. It may be choppy and overlapping as a combination, flat or triangle, or it may be a more brief sharp pullback as a zigzag. It may be expected to last anywhere from about 4 to 8 months. 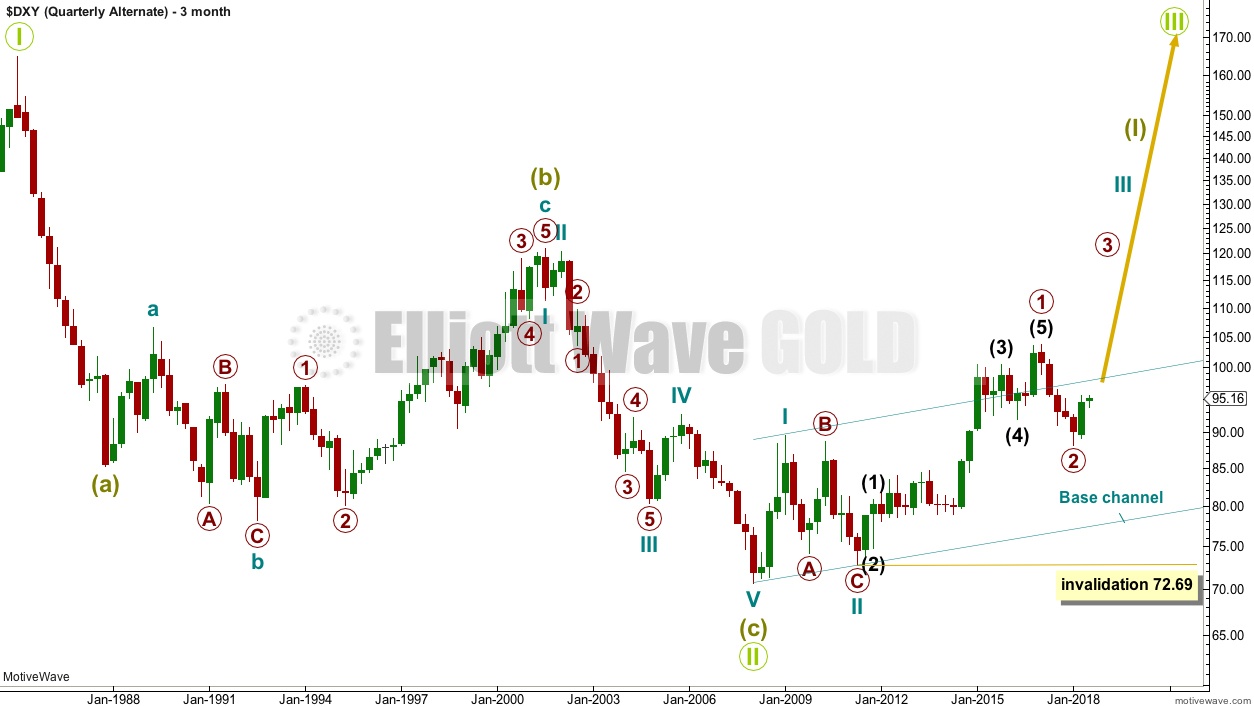 A single zigzag down to the last major low may still be complete.

A new upwards trend may continue. So far there may be two overlapping first and second waves. Primary wave 2 may not move beyond the start of primary wave 1 below 72.69.

Primary wave 2 should find strong support at the lower edge of the teal base channel if it gets down that low. 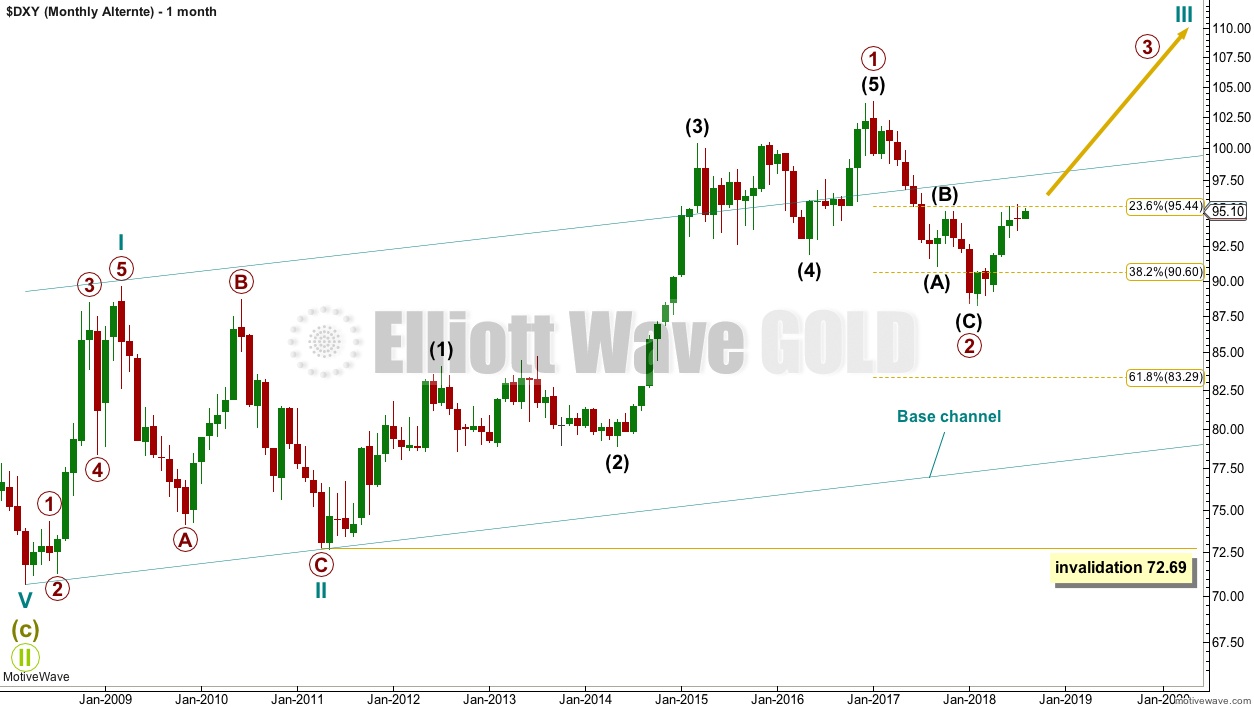 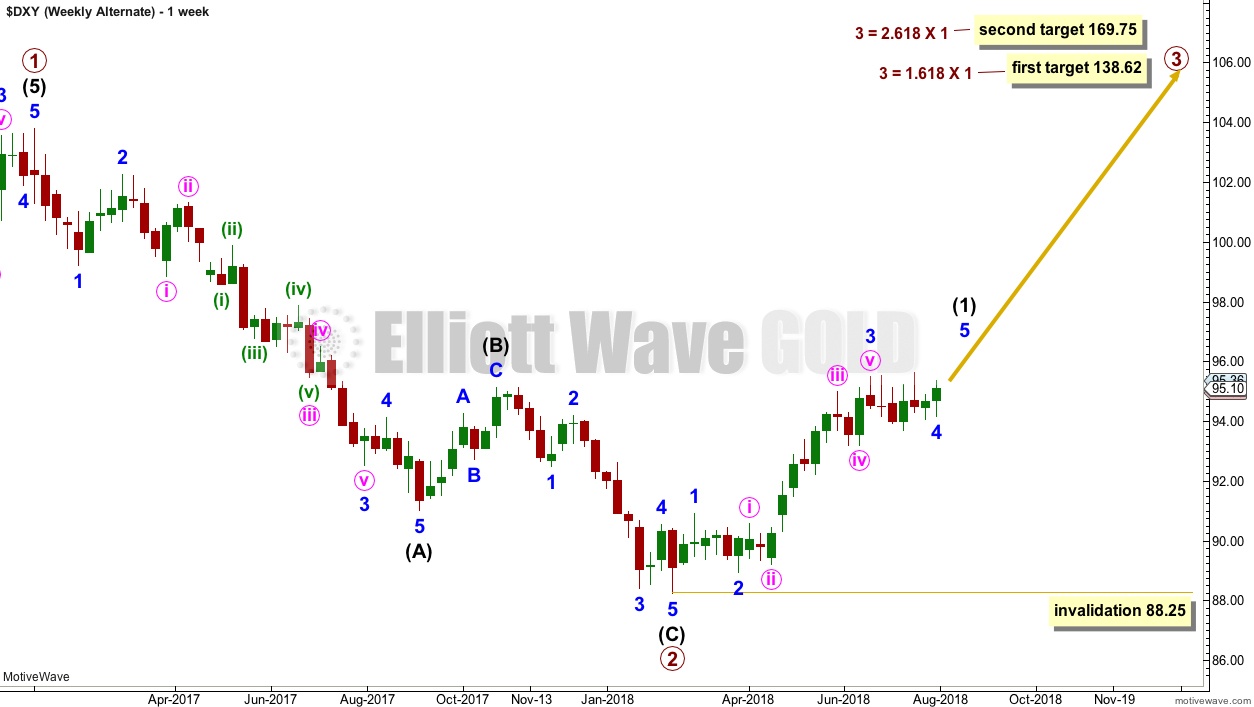 This bullish wave count sees the last wave down as a completed zigzag. If this is correct, then within primary wave 3 no second wave correction may move beyond its start below 88.25. 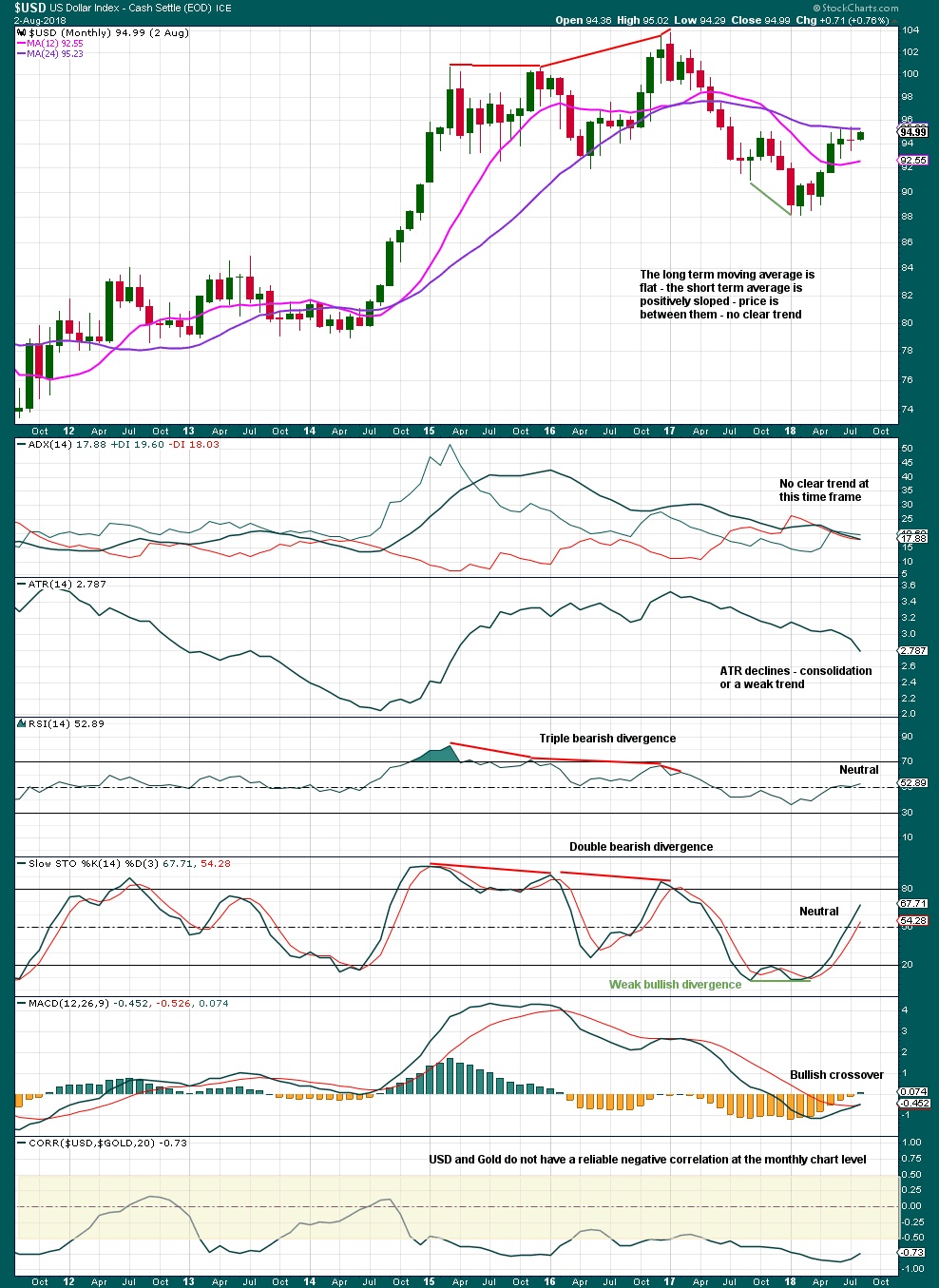 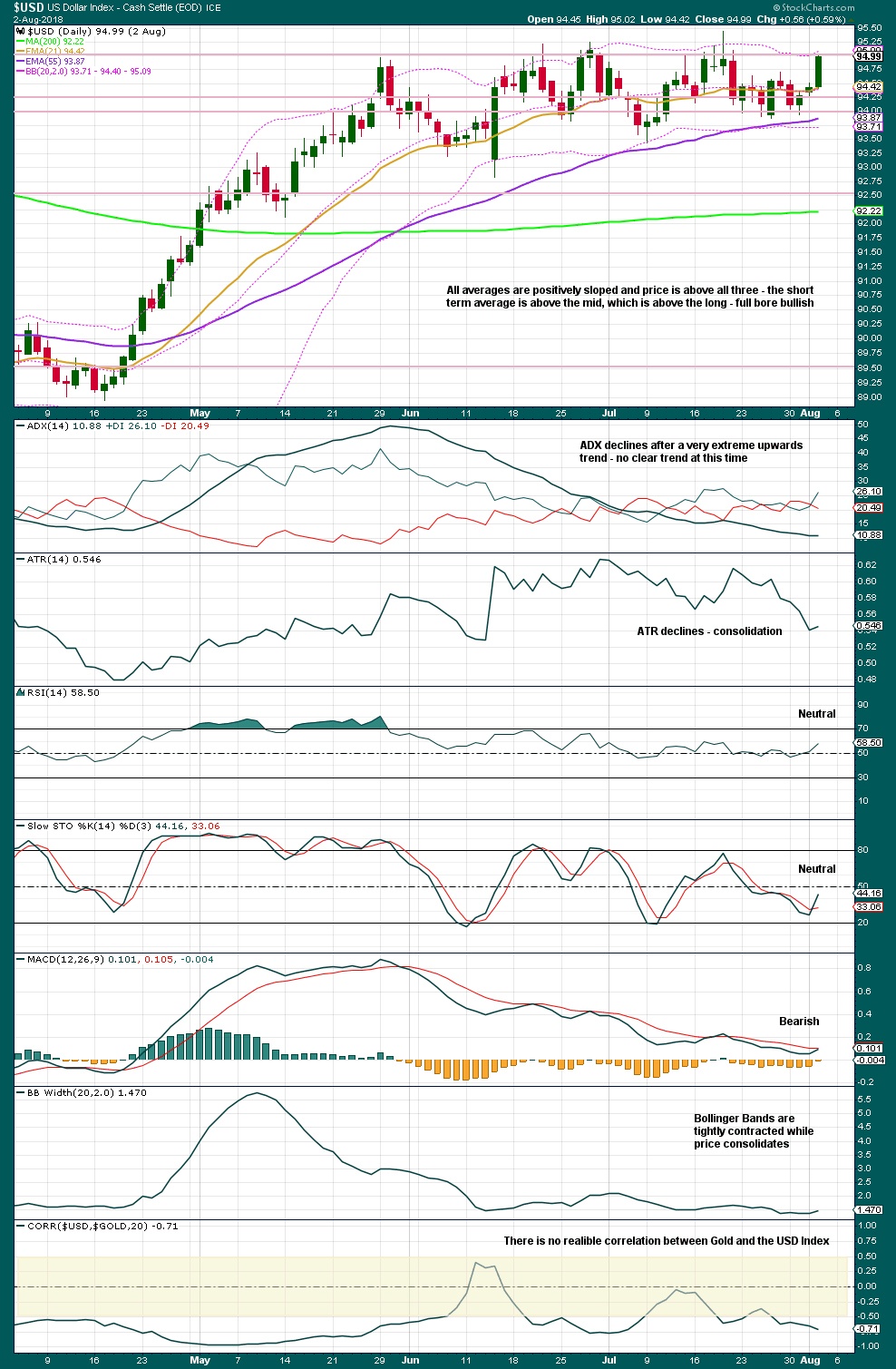