Last Thursday’s signals were not triggered, as unfortunately the high of the day was just a pip or two below the resistance level at 1.0025, but the level did act as a good cap.

Trades must be taken before 5pm London time today.

I wrote last Thursday that the bearish channel was looking more reliable, and that the resistance at 1.0025 looked very attractive and obvious as a good place for a short trade entry if there was a strong bearish rejection there at the first attempt to break above it. This was a great call and has been proven right over the past few days, but unfortunately the price never quite reached the level last Thursday.

The outlook is generally bearish but the support at 0.9985 may produce a strong double bottom that could see the beginning of a change. There are three support levels between there and 0.9957 which could well be hard to break, so I am not taking a bearish bias unless there is a retracement and another rejection of 1.0025. 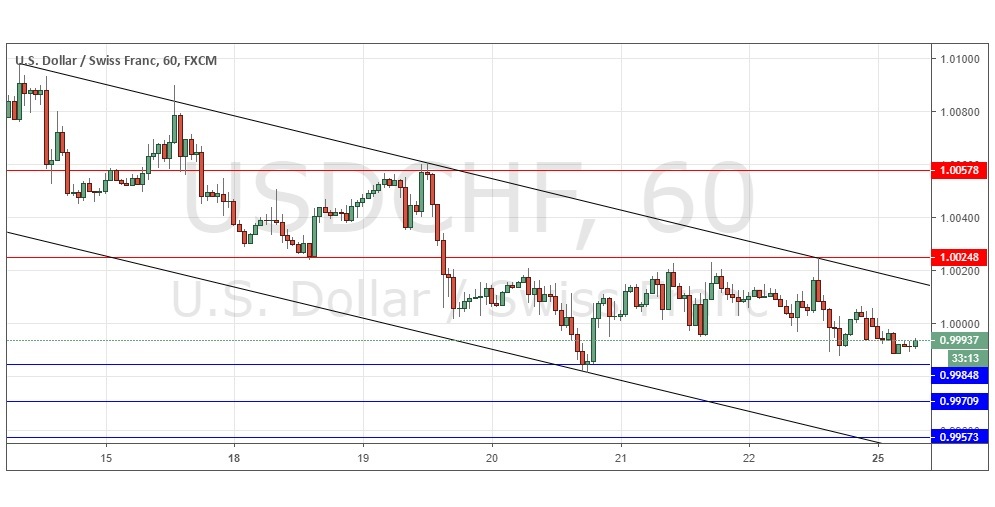 There is nothing of high importance due today concerning either the CHF or the USD.