Trades may only be entered until 5pm New York time Monday.

I wrote last Thursday that there was still something of a bearish trend with the price held down by a bearish trend line, but it was no longer a channel and there was a double bottom at about 1.3120. The resistance at 1.3204 was looking attractive as we had there a confluence of a flipped horizontal level, the surviving bearish trend line, and the round number at 1.3200 – I was ready to take a bearish bias if we get a bearish rejection there later.

This was a good call, and the levels were correct, but the next day the price shot up and made a very strong bullish move which changes the technical situation. This move has faltered at the round number of 1.3300 and looks to be beginning a bearish retracement. I think it would be worth taking a bullish bias if we see a firm bullish reversal at about 1.3241 after New York opens, as although there is no long-term trend in this currency pair, there may be some residual bullish momentum left from last Friday’s strong directional move. 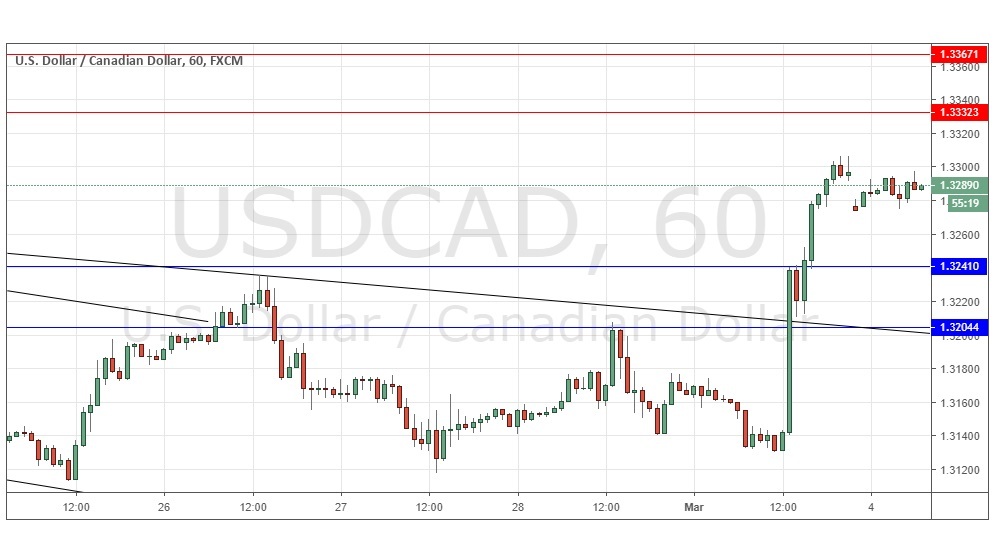