American confidence reached an 18 year high in September powered by rising wages and buoyant job market as consumers see a future even more promising than the present.

The Consumer Confidence Index from the Conference Board soared to 138.4 in September, far ahead of the consensus estimate at 132.00 and besting the upwardly revised 134.7 score from August. It was the highest reading since September 2000.

The dollar was unchanged on the news which was expected to be positive, with the euro, yen and Dollar Index (DXY) all within five points their pre-release levels (10:30 am EDT)

Consumer confidence in the United States has been surging since June and was given an extra boost from the August job report which saw wages rise at a 2.9 percent annual rate, the best in almost a decade.

It is now at levels reached only twice before in the 51 year history of the index. From December 1999 until September the following year the index averaged 141.20, before that confidence was at this level only briefly in 1967 and 1968.

Confidence had reached a post-recession high just over 100 in early 2015 and remained in that neighborhood until the U.S election in November 2016. It has been rising sharply since then. 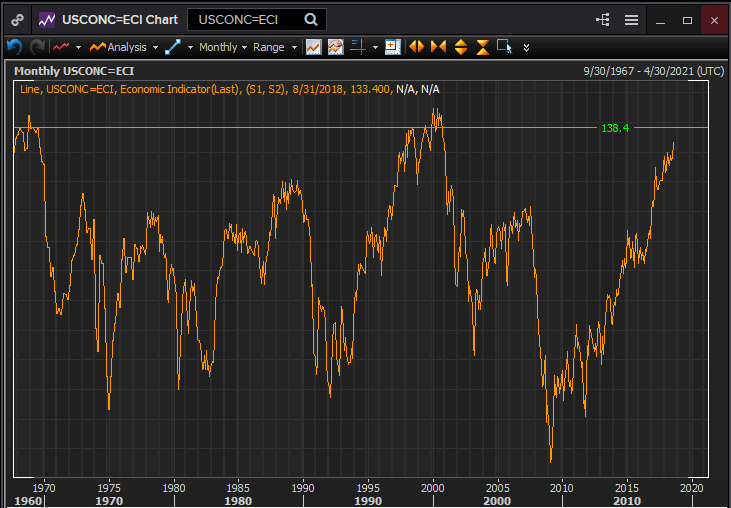