China is undoubtedly pleased that Joe Biden will be the next president of the United States. The confrontational Donald Trump will be gone on January 20 and with him goes the two-year trade war, the accusations of pandemic responsibility, the military challenges in the Pacific and the mercurial personality of the forty-fifth President.

Beijing hopes that “the next US administration will return to a sensible approach, resume dialogue with China, restore normalcy to the bilateral relations and restart cooperation.” said Chinese Foreign Minister Wang Yi in a recent interview on state-owned broadcaster CGTN

It is a forlorn wish. There will be no going back to the old relationship with the United States or the world. The niceties between Washington and Beijing may improve, the substance has changed forever.

Joe Biden's long acquaintance with the rulers in Beijing, his many trips there and his family's business relationships with mainland enterprises assure a degree of cordiality unknown during the Trump administration.

Though the diplomatic pleasantries and the political rhetoric between Beijing and Washington will have a sweeter tone under a Biden administration the three most important issues between the nations, trade, the origin and treatment of the pandemic and China's expansion in the Pacific ensure that the substance of the relationship will remain intensely competitive.

The most emotional topic is COVID-19.

China's responsibility for the outbreak and the government delay in informing the world of the danger while permitting thousands of travellers to leave Wuhan and spread the virus around the globe is a matter of public record. Beijing's refusal to share medical data contributed materially to the spread of the pandemic.

Even now, a year into the outbreak, China's statistics on cases, deaths and hospitalizations at any point in the course are almost universally discounted.

The Biden administration will soft-pedal any criticism of Beijing's handling of the pandemic, preferring to limit that conflict to the Trump era. It is too late. The negative information that has been uncovered in the past year is already in the public domain and more will continue to be revealed. Recently, a US official said the origin of the virus in a Chinese lab was a credible alternative to a natural occurrence.

China has abrogated the trust of the world with her secretive and uncooperative behavior throughout the pandemic.

Hopefully, the Biden administration will understand that a renewed positive US attitude will be a valuable asset for Beijing and that China must be made to earn it.

China and the US: The Trump trade war

President Trump's trade battle with China was the first successful attempt to change the terms of trade between China and the United States and by extension the rest of the world. Over the past two decades, many firms had complained about China's demands, the requirement for local ownership, the theft of proprietary information and insistence on access to intellectual property.

Past US administrations had negotiated trade arrangements with China and brought and won cases before the World Trade Organization (WTO) but little of substance had changed. After the several years necessary to bring and adjudicate a case at the WTO, there was little proprietary information left to protect since its disclosure was a condition for opening a business on the mainland.

The Chinese government and corporations continued to operate for decades with almost complete impunity for their failure to keep agreements.

The Trump administration was the first American government and indeed the first government anywhere to take an adversarial approach to the China trade problem.

Imposing tariffs was roundly and vehemently criticized by many in the public and private sectors in the United States and elsewhere and not the least by Beijing which instituted retaliatory duties.

Yet the assessment that China had more to lose in a trade war with the United States than Washington did was correct. The tariffs had an impact in Beijing and it was under their duress China that negotiated a trade deal.

That first phase, now only, trade deal will drift into desuetude in the Biden administration, unmentioned and ignored but not repudiated.

It is even possible that the Biden administration, recognizing that the hard work is already done and that the arrangement offers American firms a far better playing field in China, will, after a discrete interval, follow the strictures and quietly expect China to also.

The world's trade and investment with China has undergone a seismic shift. Beijing has proved accessible to pressure.

The Communist Party rulers did not want to negotiate. They did not want to sign a trade deal. They very much wanted the trade relations of the past generation to continue even though those relations were founded when China actually was a poor developing economy rather than the globe's second-largest economy.

The Trump administration's two-year campaign to change that reality succeeded not just for the United States but for the world. There will be no going back to the previous arrangements.

US and China historical situation: The Pacific theater

China has taken advantage of the pandemic to end the democracy movement in Hong Kong. Within the very recent days to this writing, the mainland authorities have arrested almost all of the movement's leaders and its representatives in the legislature. Hong Kong will be fully absorbed into the Chinese surveillance and police state. It was no coincidence that Beijing chose the US election season and its aftermath to finish its takeover.

China has been expanding its claims over territorial waters in the South China Sea for a number of years. It first attempted to assert air rights over those waters in 2013 which was shortly followed by a trip to Beijing by then Vice-president Joe Biden and a delegation including his son Hunter.

The Obama administration and the Trump administration opposed China's attempt to exert jurisdiction, flying and sailing US military craft through the claimed area without seeking permission from the Chinese authorities. That policy of actively maintaining internationally recognized air and sea rights could be one of the changes coming from Washington with a Biden State Department denying China's claim without asserting transit rights. 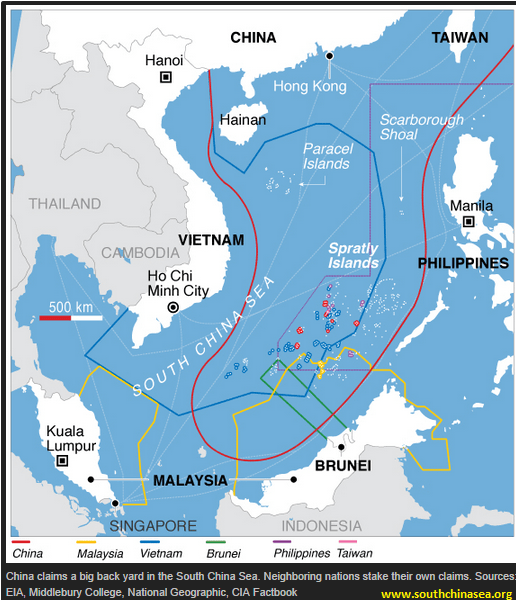 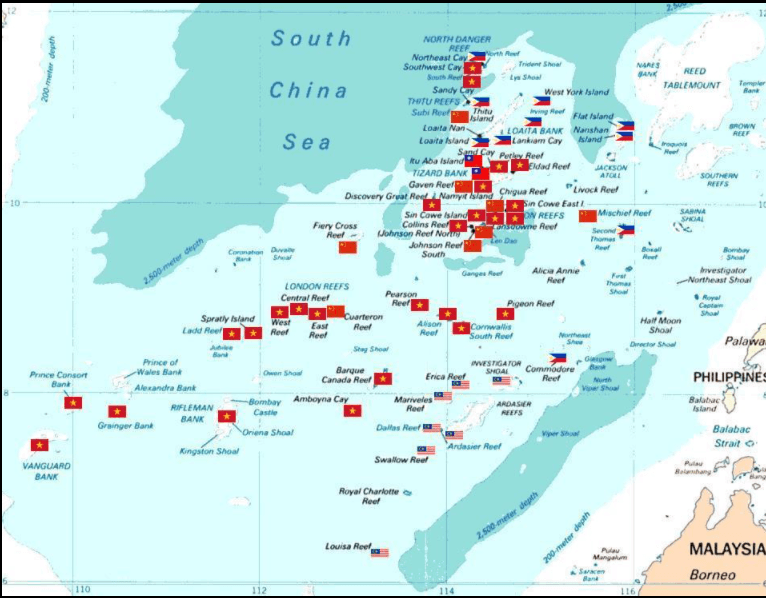 The Chinese yuan and the US dollar

China manages the yuan's value against the dollar as an active part of its economic and foreign policies.

The most obvious example is the devaluation of the yuan after the start of the trade dispute with the United States at the beginning of 2018. On February 1 the yuan opened at 6.2902 to the dollar. By November 1 the USD/CNY was trading at 6.9758, a 10.9% devaluation.

China's essentially mercantilist policy was to pressure United States in the dispute by makings its goods cheaper to the rest of the world and to make American exports to the mainland, particularly in agriculture, more expensive.

The devaluation was an indication of how seriously Beijing took the American challenge. Devaluation is a costly policy for the Chinese economy. China imports almost all of its oil and many other resources, and a cheaper yuan makes imports more expensive. Many of China's factories are essentially assembly operations combining parts from foreign suppliers. These manufactured imports also become more dear, cutting into operational profits.

As the trade war intensified in the latter half of 2019 the yuan had fallen to 7.1789 in early September, from its position the prior February a 14.1% decline. 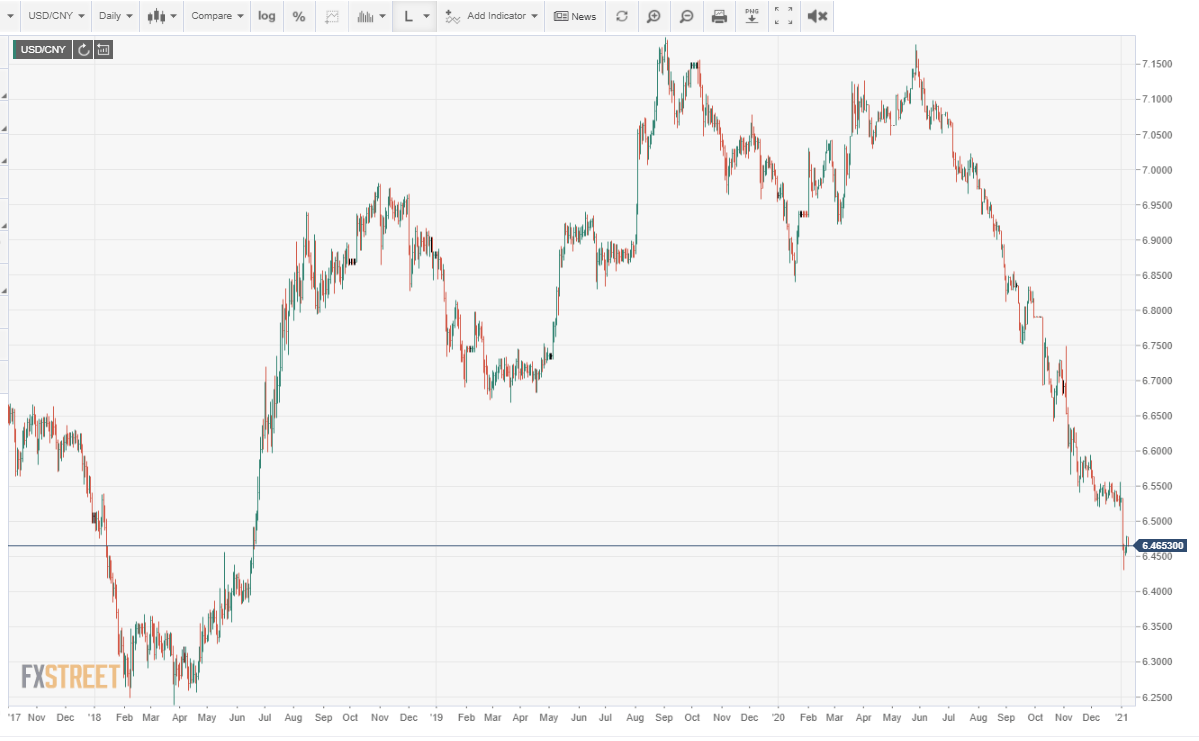 By the signing of the US-China trade deal in January 2020, the USD/CNY had already dropped back to 6.8500. The first phase of the pandemic and economic lockdowns first in Wuhan and then in succession around the world led the Bank of China to again devalue the yuan to above 7.1500 to the dollar in order to protect its export markets.

Because of the yuan's very limited exchange use outside of China's own markets, the overall impact on the dollar of the government's manipulation is small.

The Biden administration will tout its expertise in China and its familiarity with Beijing's rulers as the cornerstones to a more successful and less confrontational Asian foreign policy.

In reality, little is likely to change. Relations between the two powers are and will continue to be determined by each nation's interests. Those will be no different on January 21.

The Trump administration trade deal was a necessary start in forcing China to give up its unfair practices and to live up to its own signed agreements. No American interests will be advanced by repudiating that arrangement.

China will continue to obfuscate its pandemic responsibility but, as with its health statistics, it will not find a believing audience outside of its own borders.

Finally, the confrontation in the Pacific between the rising assertion of China and the 70-year dominance of the United States cannot be mollified by a change of political parties on Capitol Hill. China may have disposed of the independence of Hong Kong but the much larger and more dangerous issue of Taiwan is just over the horizon.