S&P 500 rose, driven by tech at expense of value, which is normail in economic slowdowns. The junk bond rally however stands out – a prime candidate to attract selling at the nearest whiff of risk-off. The many fundamental reasons described in Monday‘s article, remain intact, if there weren‘t geopolitical ones. Tellingly, the yield curve inversion continues deepening, and bonds aren‘t buying the tightening story in the least – they fear the Fed overdoing it. And that‘s a key catalyst behind yesterday‘s decline in real assets, with its new interpretations of neutral Fed funds rate, or „having enough not to make trade- offs“ inflation remarks.

Sure, ISM services PMI provided a daily boost to the rally, and so the revamp calculations behind tomorrow‘s non-farm payrolls would work (would the pesky hours worked sending the opposite message, get recalculated as well?) in a bid to keep the increasingly FOMO confidence in the S&P 500 rally going. It still has the hallmarks of a short-covering rally, and not of genuine animal spirits – that doesn‘t square with the dreaded R word. 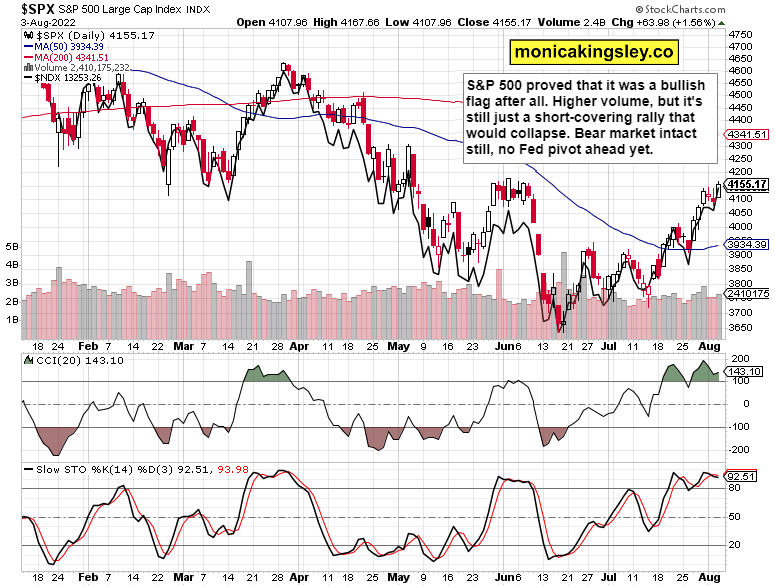 S&P 500 rising volume says that it‘s not yet time to get resolutely rejected. When XLY starts weakening, that would be a good time to be onboard with a short position.

TLT hasn‘t topped yet in the least, the run against the Fed would continue – Treasuries are to peak in November. But first and still this month, HYG would be getting into increadingly hot water. 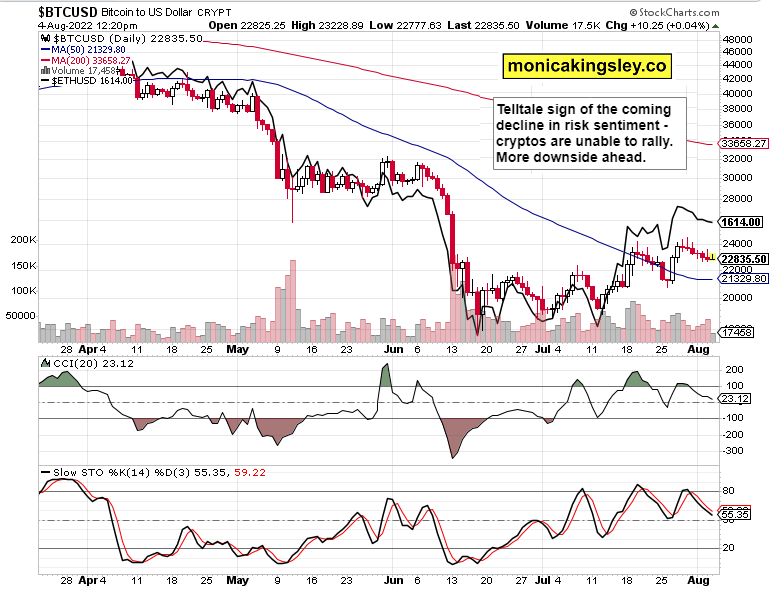 Cryptos continue losing altitude, and intraday upswings aren‘t indeed to be trusted – as said yesterday, no technically significant level would be breached, there is nothing to turn this ship around yet.