The New Zealand dollar continues to gain ground. In Wednesday’s European session, the pair is trading at 0.6749, up 0.51% on the day.

New Zealand will release GDP for the second quarter later on Wednesday (GMT 22:45), and the markets are bracing for a double-digit decline. Analysts are projecting that the economy contracted by 12.5% in Q2, which would easily qualify for the economy’s worst quarterly performance on record. The GDP release will reflect the severe economic downturn due the lockdown in April and May. Will the New Zealand dollar take a thumping after the release? I doubt it, provided that the decline is not much worse than the estimate. New Zealand is one of the last OECD countries to report GDP, and investors have already seen sharp declines in Q2 growth across the globe. So, a significant contraction in GDP should not come as a surprise to anyone.

Sentiment towards the New Zealand dollar remains positive. The currency has reeled off monthly gains five times in a row, gaining an impressive 12.7% since April. Recent economic data has been on the soft side, but that hasn’t dampened the market’s enthusiasm for the kiwi. Earlier in the week, Westpac Consumer Confidence slowed to 95.1 in the second quarter, down from 97.2 beforehand. This marked the third straight time the indicator has de-accelerated. Last week Manufacturing Sales in Q2 fell by 11% and the BusinessNZ Manufacturing Index slowed to 50.7, down sharply from 58.8. As well, ANZ Business Confidence continues to indicate pessimism, with a reading of -26 points. 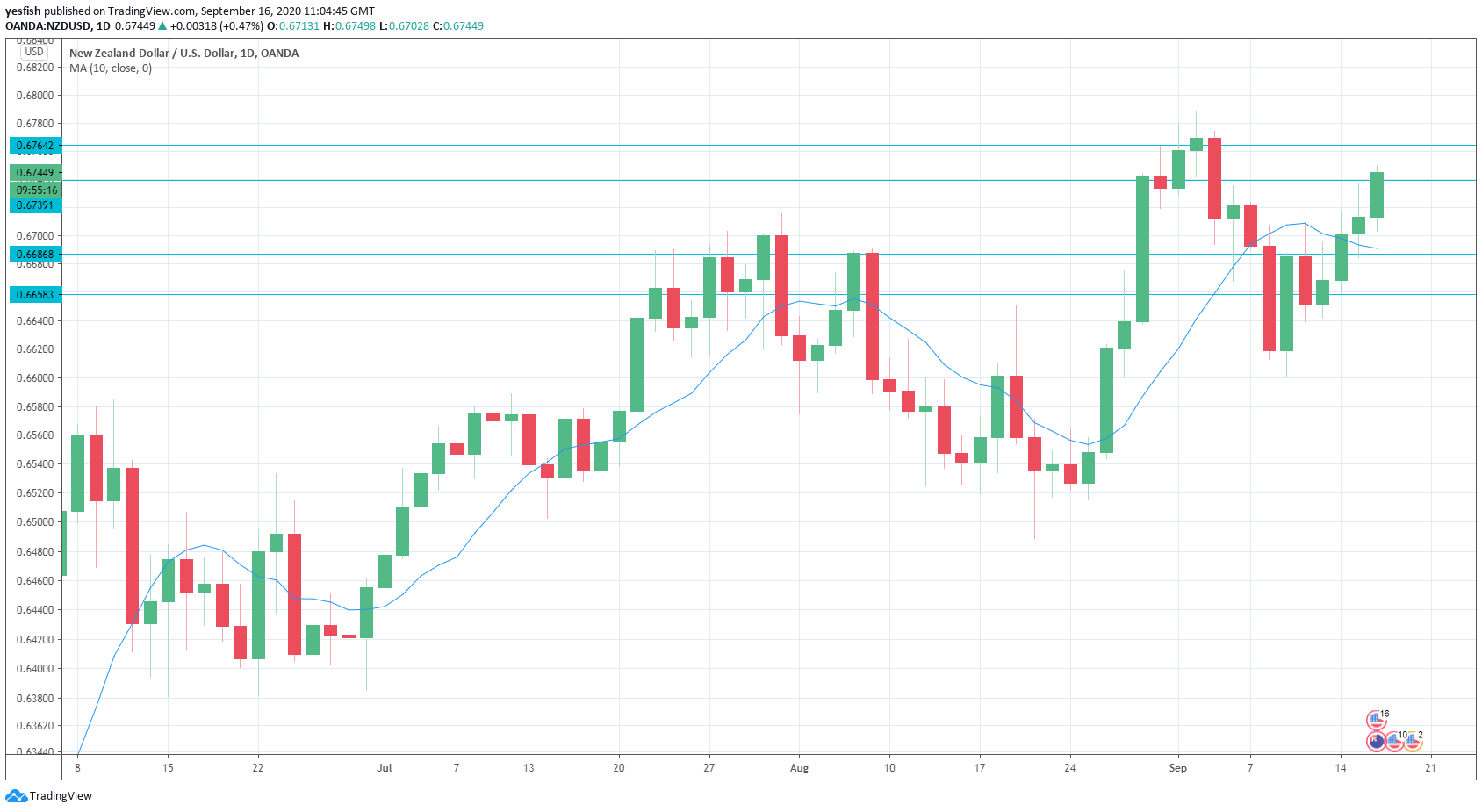 NZD/USD posted gains in the Asian session and has leveled off in European trade.