What does that mean?

The answer depends on future revisions and trends which we do not know yet.

Two weeks ago initial jobless claims dipped to a reported 793,000 for the weekending February 6.

It's anyone's guess what the BLS will say a week from now about today's big dip. More on that below but first let's discuss continued claims. 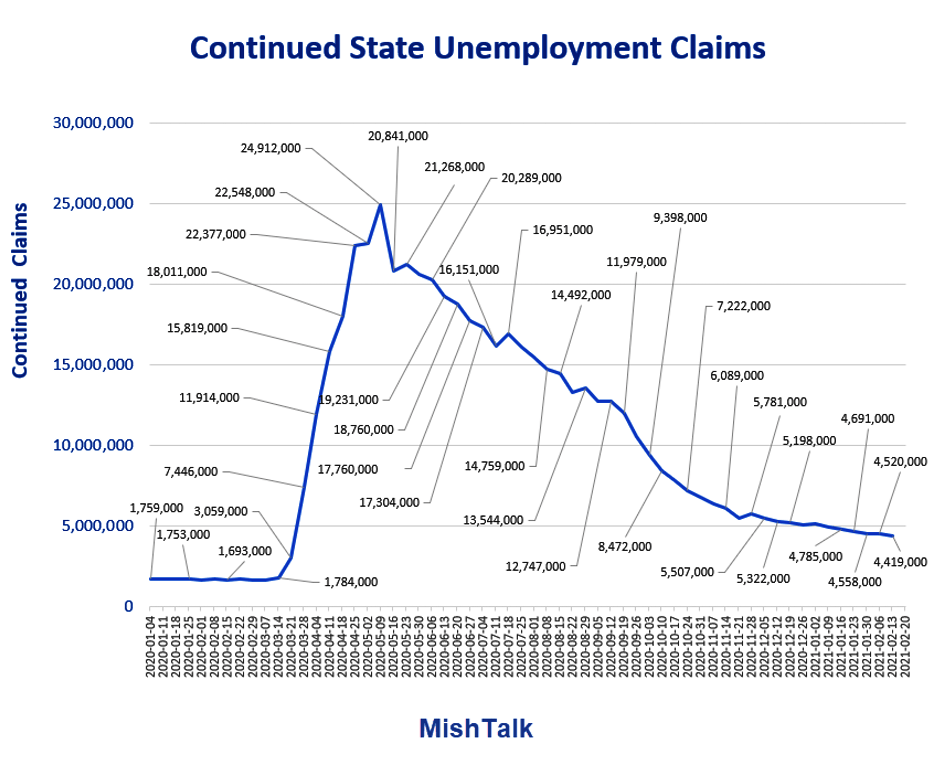 We have seen slow progress in continued unemployment claims but much of this is masked by people expiring all of their state benefits and falling off the roles onto various federal programs.

The federal numbers are so skewed by fraud, reporting errors, and double counting distortions that I stopped posting them.

That is far more believable than the BLS assertion that the unemployment rate is down to 6.3%.

However, Powell went off the deep end regarding one of the alleged cures. Please click on the above link for discussion.

That in turn will impact both initial and continued claims. The worst is likely behind, but the recovery will still be slow in many industries, especially airlines, restaurants, and travel.

Many people are working from home and there will be less corporate business travel as well.

US way ahead of the EU on vaccinations

The phrase "new normal" is widely overused but it sure applies here.

Many things will not return to where they were, especially the need for office space, mall traffic (on a secular decline anyway), and corporate travel.

Note that Powell Disses Inflation and Ignores Questions From Congress About Leverage.