Initial Jobless claims are the focus of economic concerns in the United States as California's pandemic lockdown has crushed the recovering labor market.

The increasing layoffs predicted, as they had in March, the collapse of job creation into losses for the first time since April. Non-farm Payrolls (NFP) shed 140,000 positions in December. The consensus forecast for NFP had been 71,000. The Janaury NFP numbers will be released on February 5.

The largest state economy continues to deteriorate under the strictest business and social restrictions in the country. Most of the state has been closed for more than a month, though compliance has been poor, with Los Angles and San Francisco under stay-at-home orders. 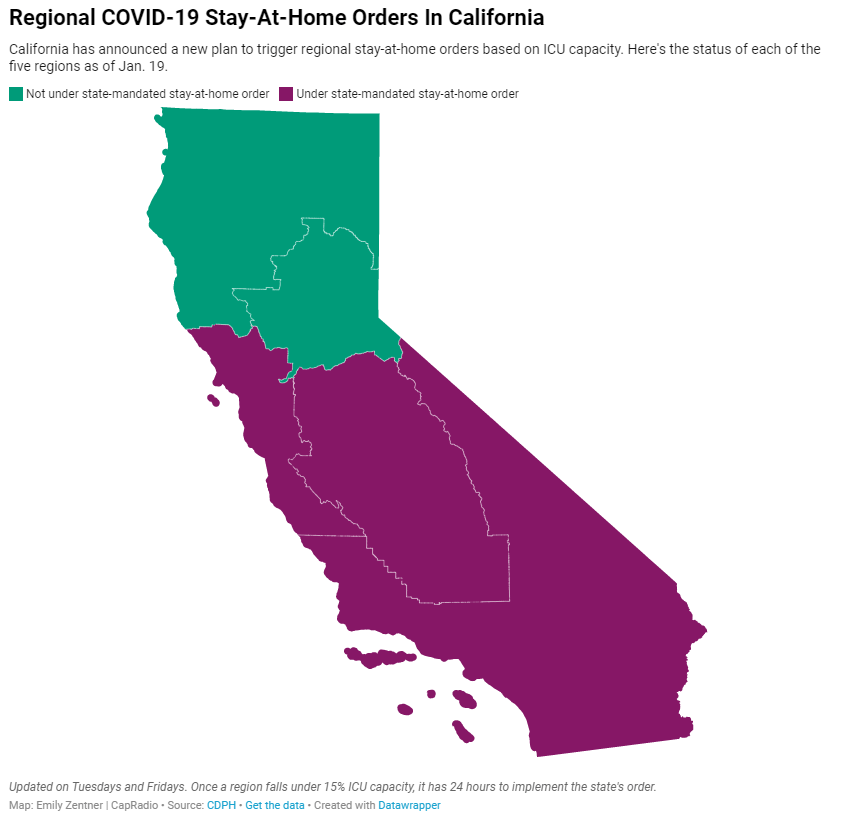 The business and social limitations and masking order have not had any appreciable impact on the number of virus diagnoses. While the latest case counts continue to rise hospitalizations have dropped 8.5% over the last 14 days and ICU use is down by a similar amount. 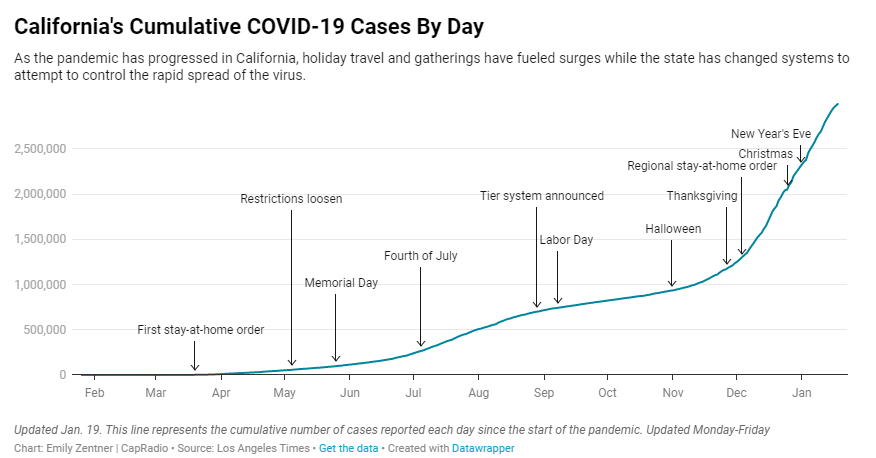 Because of the size of the Golden State economy, 14.7% of the nation's total, almost twice that of second place Texas, 8.5%, the lockdown and its attendant job losses is sufficient to skew the national claims and employment figures.

Job creation had been falling for months before it plunged into losses in December.

November's 336,000 new positions, while bolstered by the addition of 91,000 on revision, was still just half of the 660,000 average of September and October. Those two months in turn were less than half of the 1.627 million average of July and August. Keeping that logic the December payrolls should have been 155,000-175,000. The 300,000 swing is largely attributable to the California debacle, by far the worst in the nation.

The dollar's modest recovery in January has been prompted by three factors. Treasury rates have gained their best levels since the pandemic. The incoming Biden administration is expected to launch a massive $1.9 trillion stimulus package and the vaccine roll-out is predicted to permit a gradual resumption of normal economic life in the second quarter.

These trends have not been altered by the increase in claims or the collapse of job creation in December and perhaps January. Markets will remain focused on the second quarter.

When and if these hopes become statistical reality the dollar will rise.

AUD/USD has stalled its upside below 0.6850 after the Chinese Caixin Services PMI disappointed with 46.7 in November. US Dollar weakness and China's reopening-led better risk tone help the Aussie stay afloat ahead of the US ISM Services PMI.

The EUR/USD pair has refreshed its five-month high at 1.0549 in the Asian session. The major currency pair has witnessed a juggernaut rally after a responsive buying action below 1.0440 on Friday. The US Dollar has witnessed immense pressure amid the risk appetite theme.