Last Thursday’s signals were not triggered, as none of the key levels were reached.

I wrote last Thursday that I thought that the best opportunity was going to be on the long side but watch out for the very high volatility and spreads which were likely to continue for some time. Technical analysis can be relatively useless in these circumstances but the levels at 1.3350 and 1.3000 looked especially significant as “lines in the sand”. In fact, the price consolidated between the very major resistance level at 1.3350 and the support level at 1.3197.

The price reached a new 9-month high last week, which was a bullish sign, and if the price can break above 1.3350 to new highs it is likely to continue and give an edge to long positions. Brexit remains the key driver, with the British Parliament set to vote tomorrow in what is likely to be a final vote on the Brexit deal which has been offered by the European Union. It looks very likely that the vote will not pass, which will probably lead to a long postponement of Brexit well beyond 29th March and quite possibly the abandonment of Brexit altogether. It is hard to see a scenario under which the Pound does not rise soon, however it is likely to be quite static today, unless there are rumours of a major shift in voting intentions for tomorrow. I have a long bias on this pair over the next few days. 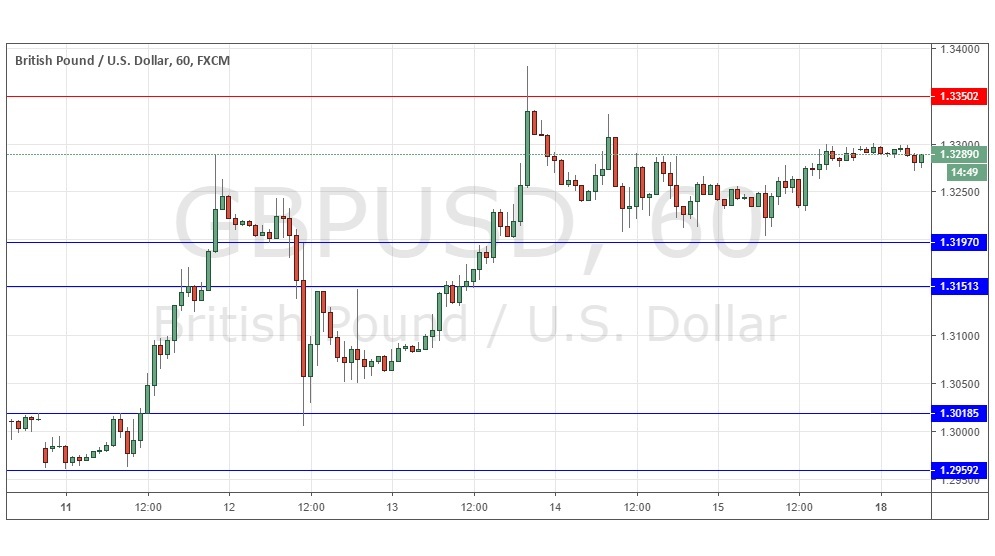 There is nothing of high importance due today concerning the GBP or the USD.