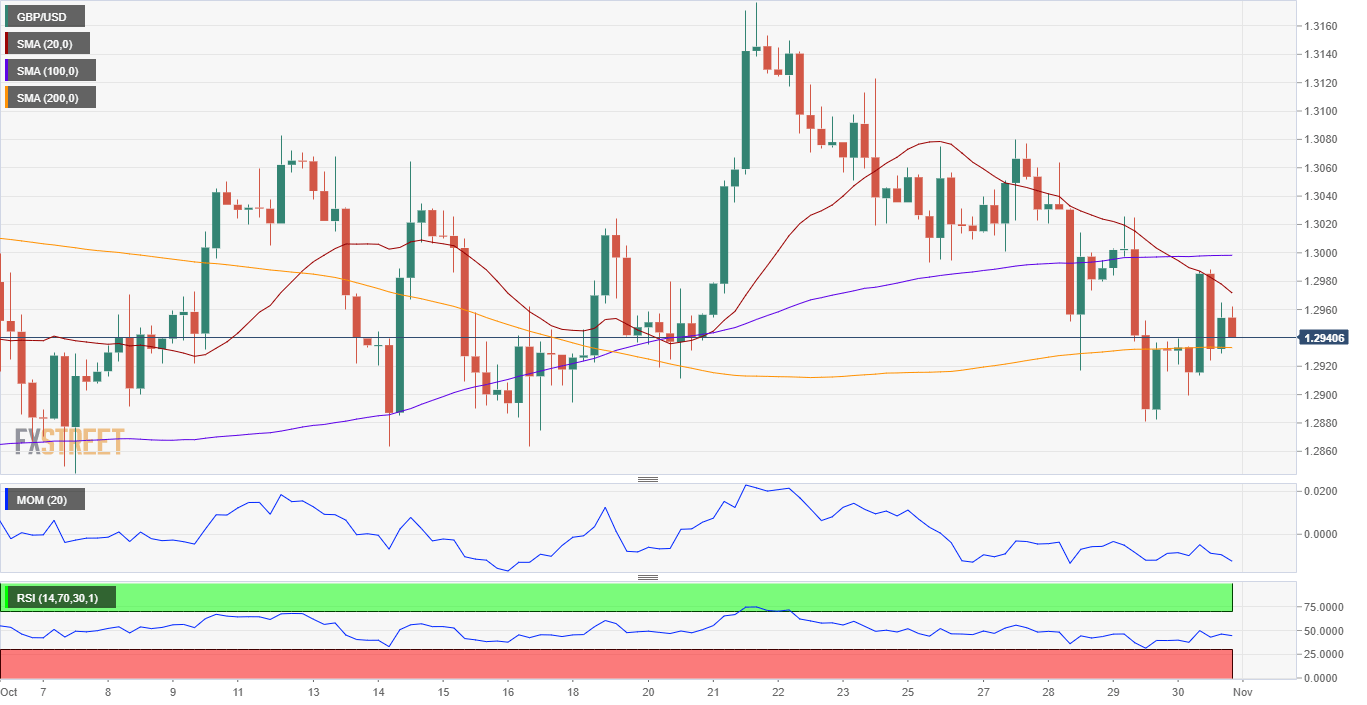 The GBP/USD pair posted a modest intraday advance on Friday but ended the week in the red at 1.2940. The British Pound surged against its American rival to 1.2987 amid the absence of UK data and quietness on the Brexit front, but the pair gave up to dollar’s demand ahead of the monthly close. The pair will likely gap lower at the weekly opening, as rampant new COVID-19 cases in the UK led to a new one-month lockdown. UK Prime Minister Boris Johnson announced a nationwide lockdown on Saturday, also extending coronavirus wage subsidies.

This Monday, Markit will publish the final version of its UK October Manufacturing PMI, foreseen unchanged at 53.3. Later this week, the Bank of England is having a monetary policy meeting, and speculative interest expects policymakers to expand facilities, particularly after the latest announcement on more restrictions.

The GBP/USD pair is neutral-to-bearish according to the daily chart, as it’s trading between its 20 and 100 DMAs, which lack directional strength. In the mentioned time-frame, technical indicators are flat around their midlines. In the 4-hour chart, the risk skews to the downside, as the pair met sellers around a bearish 20 SMA, which extends its decline below the 100 SMA. The Momentum indicator advances around its midline, but the RSI consolidates at 44. The weekly low at 1.2880 is the immediate support level.