"Nobody is safe until everybody is safe" – these words of unity from UK Prime Minister Boris Johnson and his colleagues in Germany and France have come after a cross-Channel row over vaccines and serve to calm nerves and supports sterling. Concerns about deliveries of inoculations have now subsided.

Even if the UK's immunization campaign somewhat slows down, it has reached nearly 50% of the population with at least one dose and the results are clear – cases and hospitalizations are falling. Moreover, London recorded no COVID-19 deaths on Monday – the first such feat in 2021.

The comparison to continental Europe is overwhelming, but Britain is also beating the US –not only vaccinations but also in infections. America's CDC warned of an "impending doom" despite the rapid immunization drive. 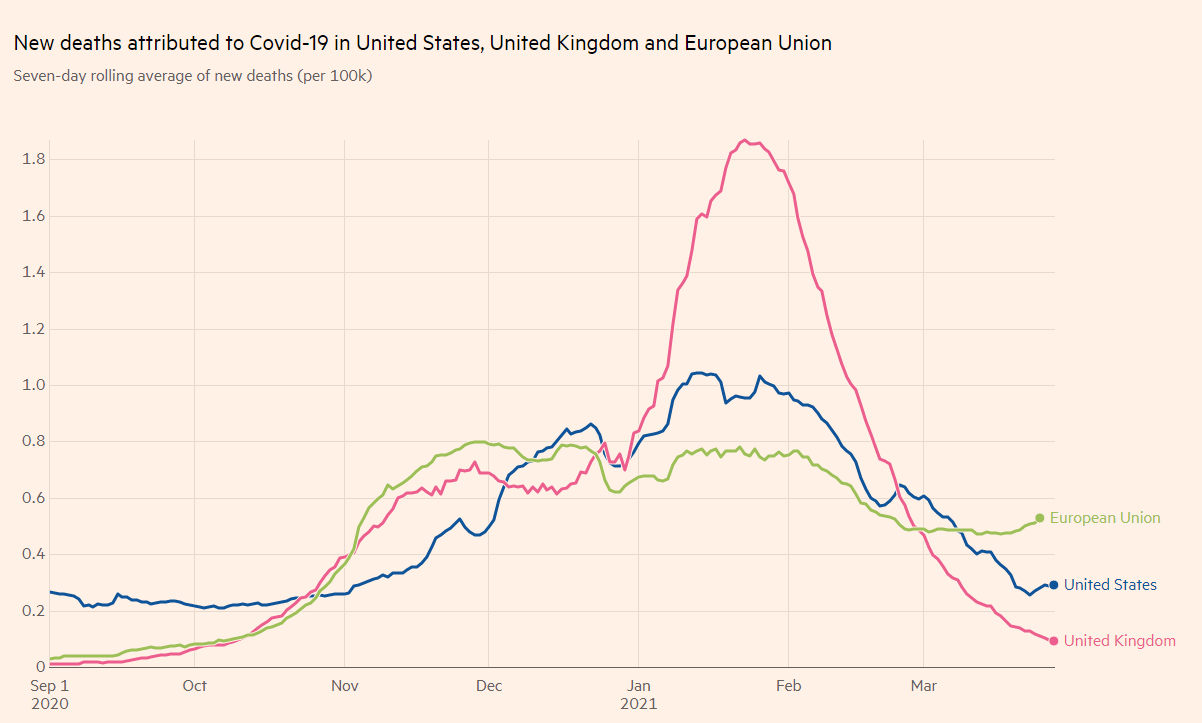 On the other hand, the dollar is on the move, gaining ground alongside higher bond yields. President Joe Biden is set to unveil his infrastructure spending plan on Wednesday and he may refrain from introducing new taxes in the first phase. That implies higher debt, more bond issuance, and therefore rising returns on Uncle Sam's IOUs.

Moreover, the White House grand plans – which include huge wind farms and other green initiatives – may push inflation higher. If the Federal Reserve is forced to hike borrowing costs, that would also support the greenback.

A gauge of how Americans feel about the recovery comes from the Conference Board's Consumer Confidence measure for March. An increase is on the cards.

All in all, the dollar has reasons to rise, but the UK may overcome such strength thanks to its virus/vaccine advantage. 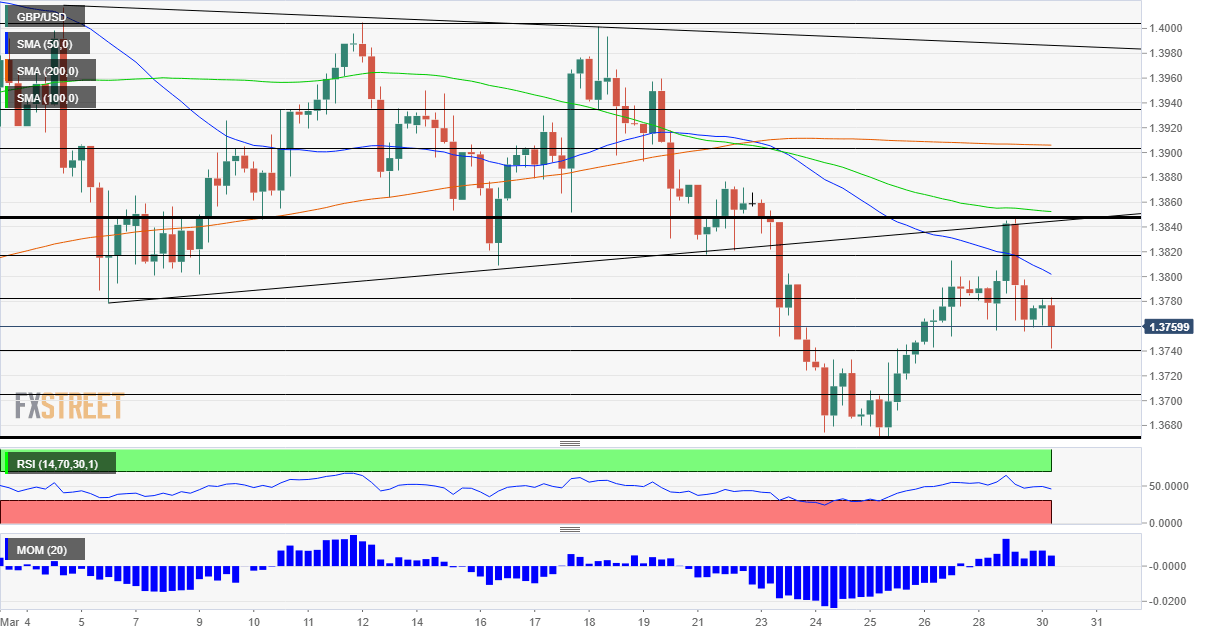 Pound/dollar is trading below the 50, 100 and 200 Simple Moving Average on the four-hour chart but is benefiting from upside momentum. The RSI is stable.

Some resistance awaits at 1.3780, a support line from early March. It is followed by 1.3820, a separator of ranges from last week, and then by 1.3845, which worked in both directions in recent weeks.

EUR/USD is hovering in a narrow range above 1.2100, consolidating the recent recovery from monthly lows ahead of the key US retail sales. US Treasury yields retreat, as the Fed commences its two-day monetary policy meeting.

GBP/USD has advanced above 1.41 after the UK reported a low unemployment rate of 4.7% and a sharp 92.6K fall in jobless claims. Wages are higher as well. Earlier, sterling suffered from the reopening delay and Brexit uncertainty. The BOE's Bailey speaks later.

Dogecoin positions itself to rally that may never come

Retail Sales in the US is expected to contract modestly in May. The US Census Bureau will release the May Retail Sales report on Tuesday, June 15. After staying unchanged at $619.9 billion in April, Retail Sales are expected to decline by 0.4% on a monthly basis.