The GBP/USD pair continued with its struggle to sustain/build on the attempted positive move and once again witnessed an intraday turnaround from the 1.2750-60 supply zone on Wednesday. The British Pound got a minor lift in reaction to positive comments by Boris Johnson - a favourite candidate to be the next UK PM, saying that he was not aiming for a no-deal Brexit outcome. Johnson reiterated that the government must deliver on the Brexit vote and the UK must leave the EU on 31 October.

This coupled with softer US consumer inflation figures for the month of May exerted some pressure on the US Dollar and lifted the pair to an intraday high level of 1.2758. However, given that a Fed rate cut move in the next few months is largely priced in, the greenback managed to recover early lost ground and kept a lid on any subsequent up-move.

The British Pound lost some additional ground after the UK Parliament on Wednesday rejected an attempt - led by the opposition Labour Party, to try and block a no-deal Brexit. This, along with the fact that the European Commission on Tuesday reiterated its stance that there will be no Brexit renegotiation even with a new UK Prime Minister, raised prospects for a no-deal split and prompted some fresh selling around the Sterling.

Despite the two-way price action, the pair remained well within a broader trading range held over the past one-week or so. Hence, it would be prudent to wait for a sustained move in either direction before traders start positioning for the pair's near-term trajectory amid absent relevant market moving economic releases, either from the UK or the US.

From a technical perspective, nothing seems to have changed much for the pair, except that the overnight pullback reaffirmed a strong barrier near the 1.2750-60 region. Only a sustained move beyond the mentioned hurdle will negate any near-term bearish bias and prompt some near-term short-covering move. The recovery momentum could then get extended and lift the pair even beyond the 1.2800 mark towards testing the next major hurdle near the 1.2860-65 region.

On the flip side, a follow-through weakness below weekly lows support, around the 1.2655-50 region, might now turn the pair vulnerable to resume its well-established bearish trend and accelerate the slide further towards challenging the 1.2600 handle before eventually dropping to retest multi-month lows support near the 1.2560 region. 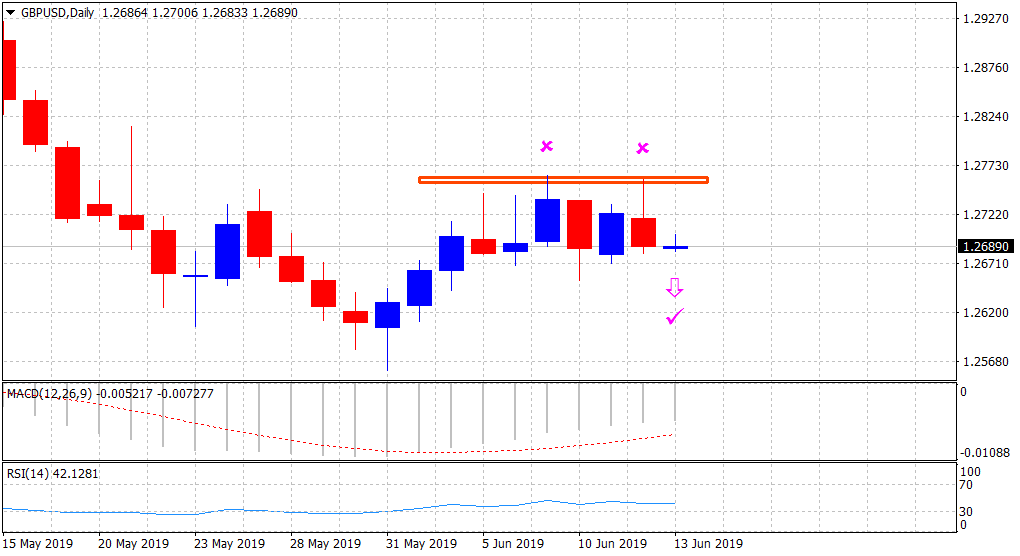