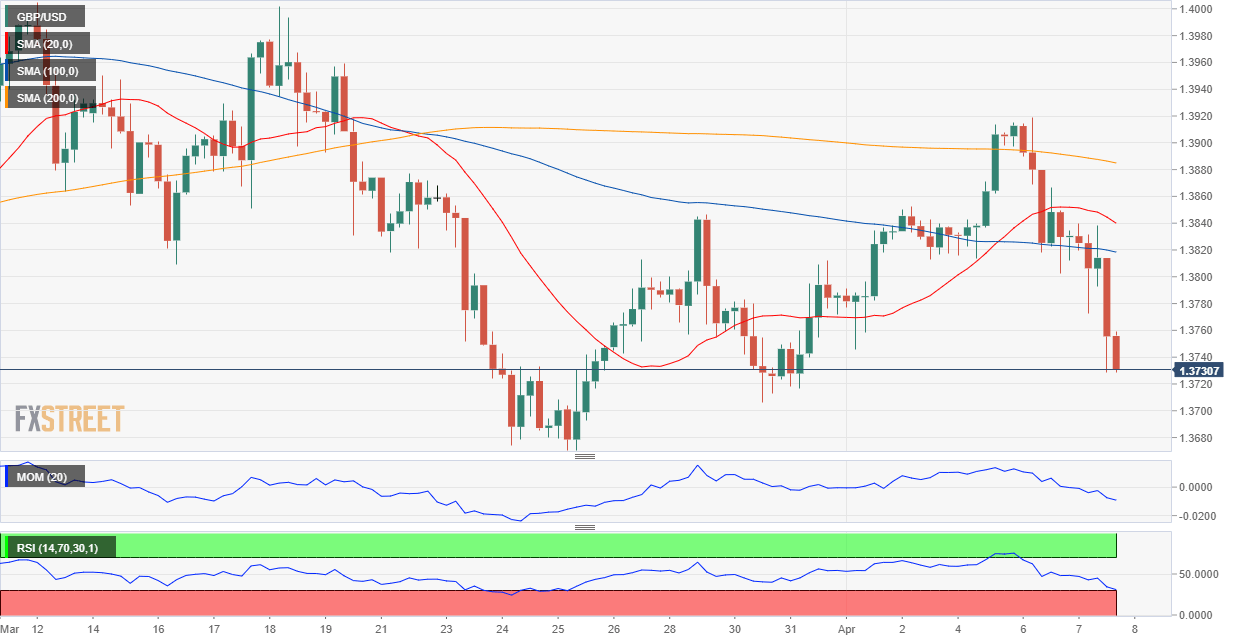 The GBP/USD plunged to 1.3728, as several factors combined to put pressure on the pound. The March UK Markit Service PMI came in at 56.3, below the 56.8 expected, although still within expansion levels. The European Medicines Agency finalized its review of the AstraZeneca vaccine and concluded that blood clots are a “very rare side effect” of the shot. The UK said that the risk of blood clots is higher for under-30s, and the local authority recommended providing a different vaccine for that age group.  Meanwhile, the UK has started using the Moderna vaccine after buying 17 million doses of the jab.

In the meantime, the greenback remained under selling pressure, as US Treasury yields remained subdued, while equities traded with a soft tone, with most major indexes down for the day. On Thursday, Markit will publish the March Construction PMI, foreseen at 54.6 from 53.3 in the previous month.

The GBP/USD pair trades near its daily lows around 1.3740 as the day comes to an end, firmly bearish according to the 4-hour chart. In the mentioned time frame, the pair has extended its slump below all of its moving averages, with the 20 SMA turning south between the longer ones. Technical indicators reached oversold readings, the Momentum maintaining its downward strength and the RSI stable at around 31, all of which support another leg lower, mainly on a break below 1.3720, the immediate support.