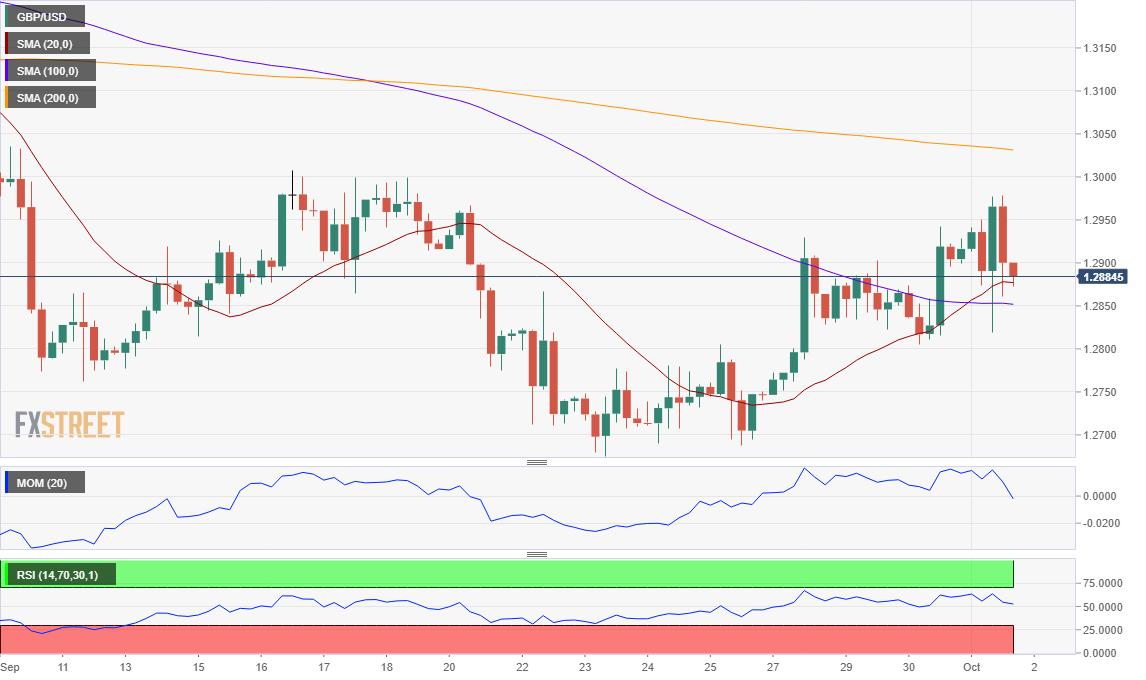 The GBP/USD pair is trading a handful of pips below the 1.2900 level by the end of the American session, little changed for the day. However, it reached a fresh weekly high of 1.2978 from where it fell to 1.2819. Brexit headlines were behind the wide intraday range, with the sterling getting a boost from optimistic London authorities towards a deal. The following slump came after the European Commission announced it will send a “letter of formal notice” to start legal actions against the UK for breaching the Withdrawal Agreement. By the end of the day, it is clear that there is no common ground on fisheries and a level playing field.

British PM Johnson's spokesman reiterated that they are committed to working through the Joint Committee to find a solution to Northern Ireland protocol. In the data front, the UK Markit Manufacturing PMI shows that activity expanded less-than-expected in September, as the index was downwardly revised to 54.1. The UK macroeconomic calendar will remain empty this Friday.

The GBP/USD pair holds on to positive ground but continues to lack follow-through. The 4-hour chart shows that it settled above the 20 and 100 SMA, with the shorter one losing bullish strength above the larger one. Technical indicators, in the meantime, head nowhere holding just above their midlines. As it has been happening lately, the next movements will likely depend on Brexit headlines instead than on technical readings.