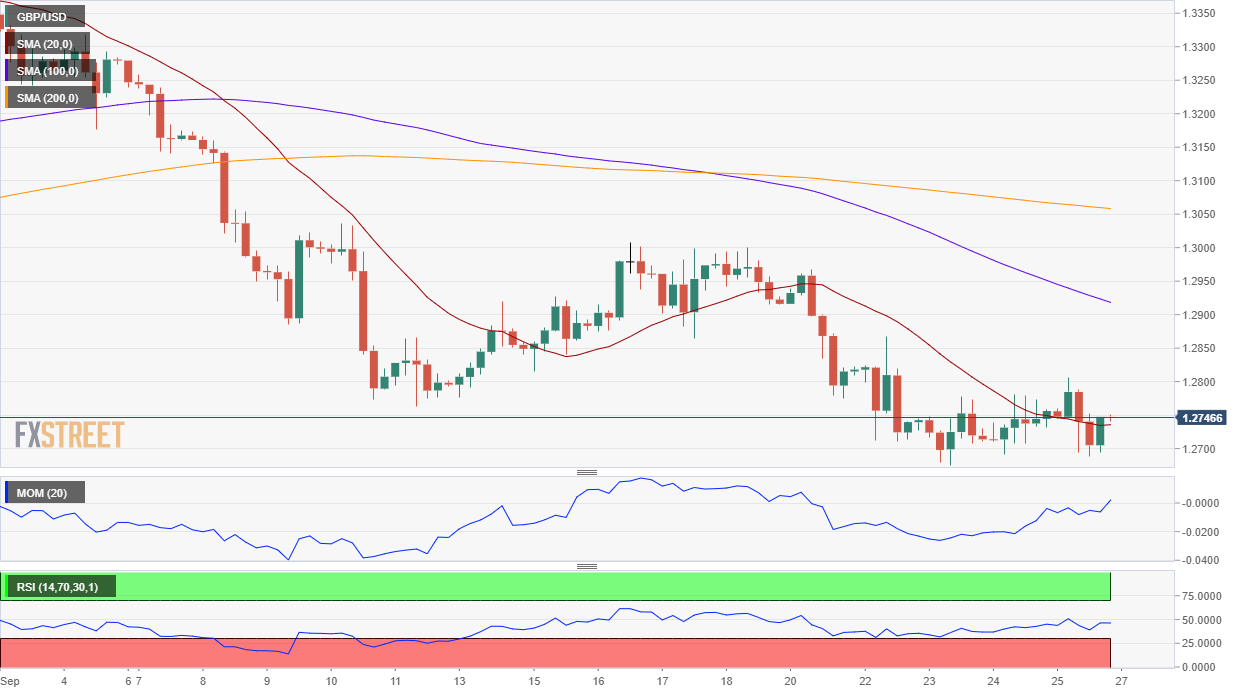 The GBP/USD pair closed a third consecutive day unchanged around 1.2740 last Friday, as the Pound found support in Brexit-related headline. The EU and the UK will start their ninth round of talks this Tuesday, the final stage of Brexit trade talks ahead of the EU summit that will take place in Brussels in mid-October. However, the prevalent demand for the American currency kept the pair confined to familiar levels. By the end of the week, the UK published August Public Sector Net Borrowing, which increased by more than anticipated, reaching£35.195 B from  £14.71 B in the previous month.

Meanwhile, more than a quarter of the UK population has to attend restrictive measures, as the latest outbreak in the kingdom is speeding up. With over 6,000 new daily cases in the past four days, Labours have said the government should consider putting on hold the return to universities. The UK won’t release relevant macroeconomic data this Monday.

From a technical point of view, the GBP/USD pair is at risk of falling further. In the daily chart, the pair is stuck around converging 100 and 200 DMAs, while below a bearish 20 DMA. Technical indicators in the mentioned time-frame hold within negative levels, although without directional strength. In the shorter-term, and according to the 4-hour chart, the pair is neutral-to-bearish, unable to advance beyond a bearish 20 SMA, and below the larger ones, which keep heading south. The Momentum indicator is flat around its 100 level, while the RSI indicator stands near oversold readings.

WTI (futures on NYMEX) is fading its recovery attempt in the European session this Thursday, as the risk-off sentiment dominates amid surging coronavirus cases in the Old continent and diminishing prospects of a US fiscal stimulus deal.