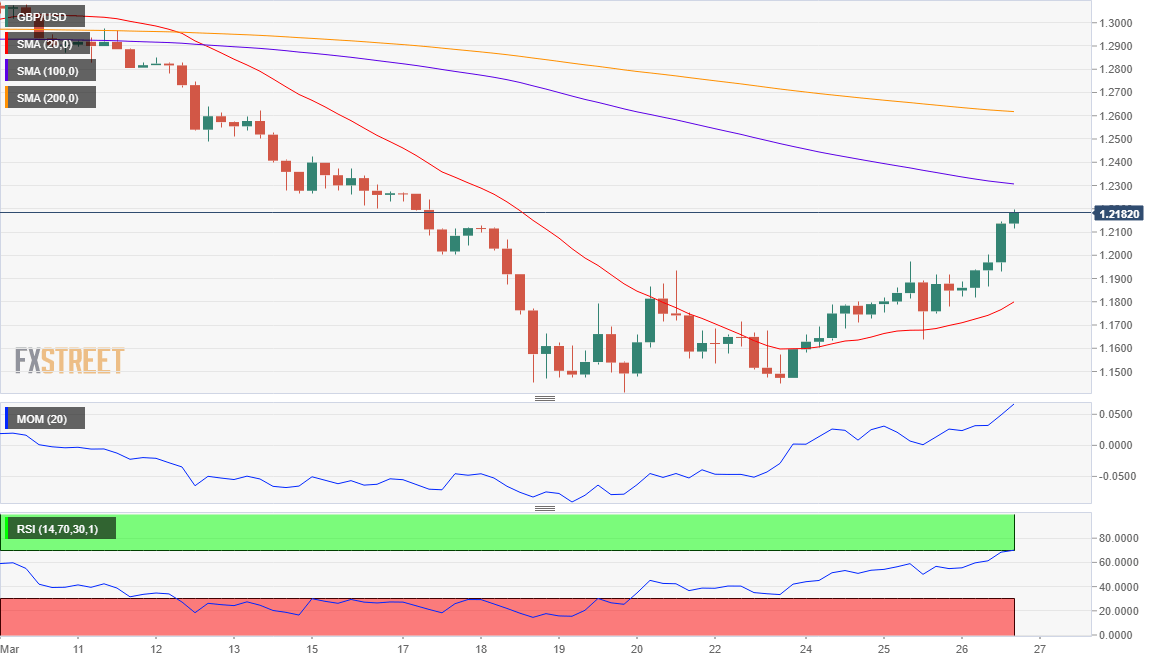 The GBP/USD pair soared to 1.2196, its highest since March 17, as speculative interest continued to dump the greenback. The Bank of England held this Thursday its usual monetary policy meeting, although it left its monetary policy unchanged, as expected. The MPC unanimously voted to keep rates at 0.10% and the APP at £ 645B and left doors open to expand its facilities program.

Blind demand for the greenback has finally eased amid the latest measures announced by the US, although the pandemic is far from over, with the number of cases worldwide above 500,000. The UK is yet to see the worst of it, after calling for a lockdown too late. The latest data available indicates that the number of cases in the kingdom rose to 11,658, while the death toll hit 578. This Friday, the UK will release March Nationwide Housing Prices.

The gold price has lost some bullish support of late as the US dollar moves higher, ending the last quarter on the front foot as a relatively illiquid market sees exaggerated moves adding to the upside support.

If the first day of April is a taste of what's to come, it will be a very rocky second quarter. After falling more than 24% between January and March, the Dow Jones Industrial Average plunged opened down more than -700 points.