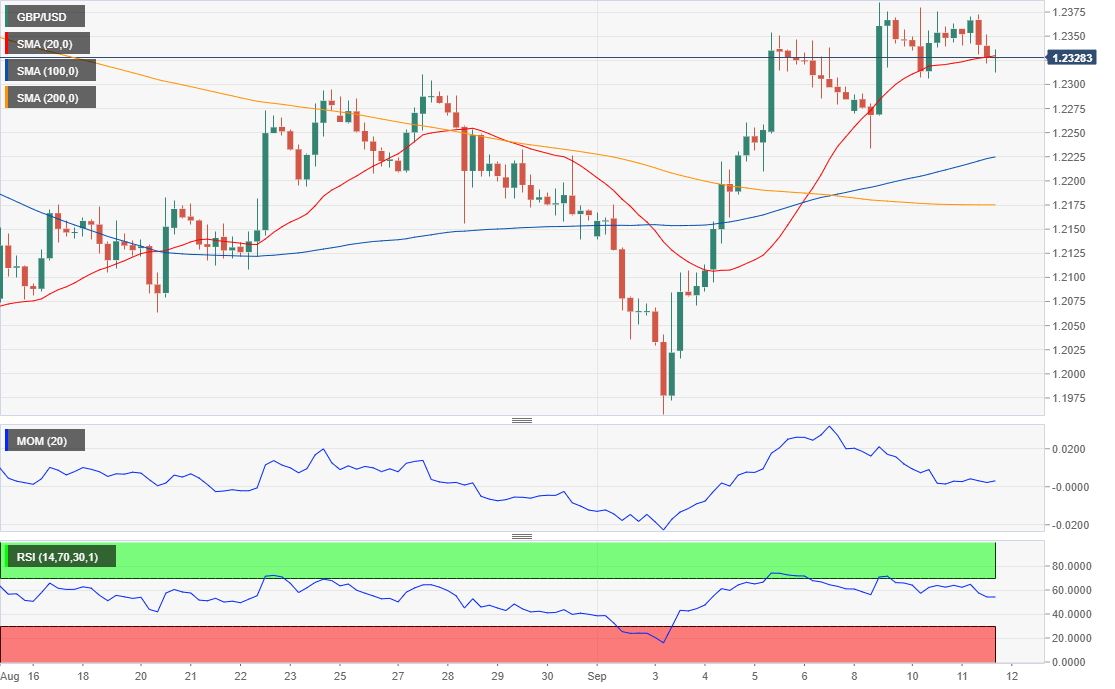 The GBP/USD pair eased from its recent highs, holding anyway above the 1.2300 figure, as the greenback was better bid throughout the day. The UK didn’t release macroeconomic figures, but as usual, there were news coming from the Brexit front. This Wednesday, the Scottish High Court ruled that PM Boris Johnson´s decision to suspend the Parliament is unlawful, as"it had the purpose of stymying Parliament." Later in the day, the Prime Minister made a Facebook Live video, answering questions. Referring to the Irish border backstop, he said that is going to be removed and that there’s “no way” Theresa May's Withdrawal Agreement will be brought back.

The GBP/USD is trading at daily lows around 1.2320, looking bearish in the short-term, as the latest 4 hours candle opened below a now flat 20 SMA, the first time this happens since September 4th. In the mentioned chart, the Momentum indicator entered negative territory, also for the first time in a week, maintaining its downward slope, as the RSI turned flat around 52. The Pound is being supported by hopes the UK will avoid, once again, a hard Brexit, although the optimism seems to be failing, therefore leading to a downward corrective movement.