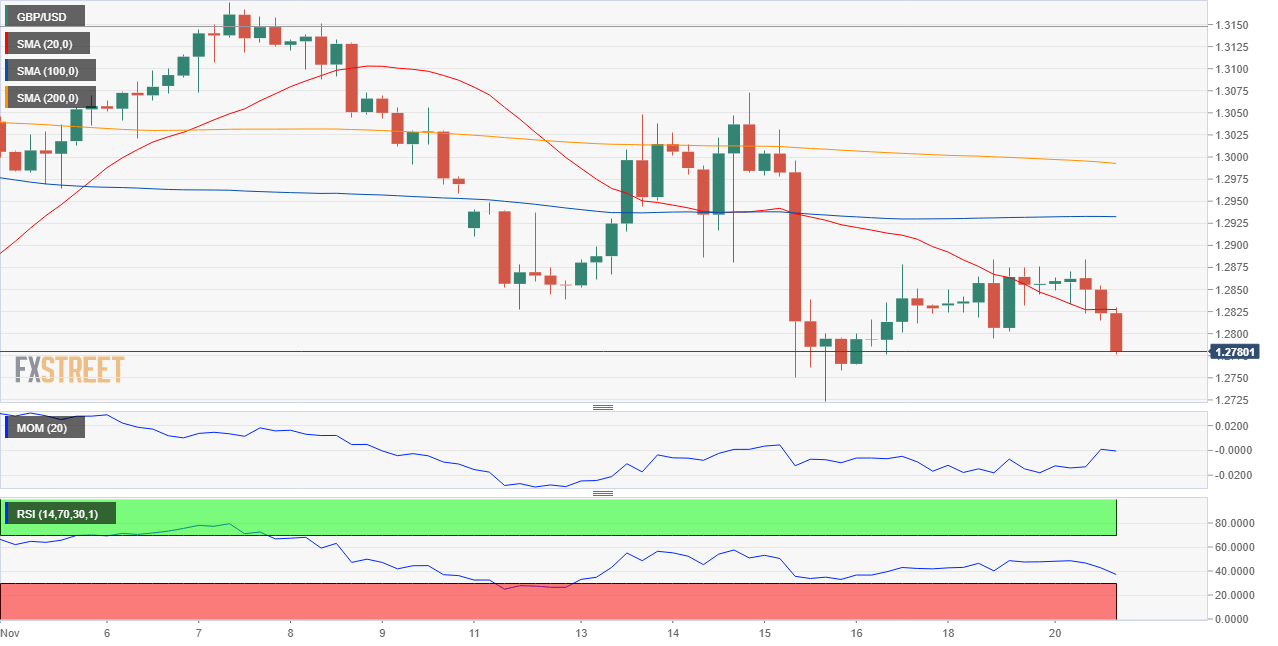 The GBP/USD pair broke below the 1.2800 figure during US trading hours, undermined by the endless Brexit drama and resurgent dollar's demand. The no-confidence vote of PM May lost its relevance after Sir Graham Brady, chairman of the 1922 Committee of Tory indicated he still hasn't received enough letters to trigger it. But then it came Spain. The country´s government said that will oppose the draft deal if it doesn't include clarity over Gibraltar and would like to treat it as a bilateral issue to be discussed directly with the UK. Introducing changes to the deal approved by the UK Cabinet seems not a smart move from any of both parts, as it will delay negotiations and result in a no-deal split. Meanwhile, PM May and EU's Chief Negotiator Junker will meet this Wednesday in Brussels to discuss future ties between the UK and the EU.

The pair remains subdued near its daily low at 1.2776, by the end of the US session, as dollar's demand increased at the end of the day, adding to the negative picture of GBP/USD. Technical readings in the 4 hours chart maintain the risk skewed to the downside, as the pair is now below a bearish 20 SMA after spending the day struggling around it, while technical indicators resumed their declines, the Momentum extending below its mid-line and the RSI currently at 38. Should the pair fell below 1.2765, a test of the November low at 1.2723 is back on the table, while a relief rally would need to send the pair above 1.2880 to support a more positive outlook ahead.