The pound inched higher as Britain’s retail sales showed a smaller-than-expected contraction in May. The euros came under pressure at 0.8640 for lack of momentum. The bulls have sought support in the demand zone between 0.8550 and 0.8570. A close above the said resistance could extend the rally to the recent peak at 0.8720, a step closer to a sustainable recovery in the medium-term. A bearish breakout though would send the euro to 0.8490 which is a key level to keep the two-month long recovery intact. 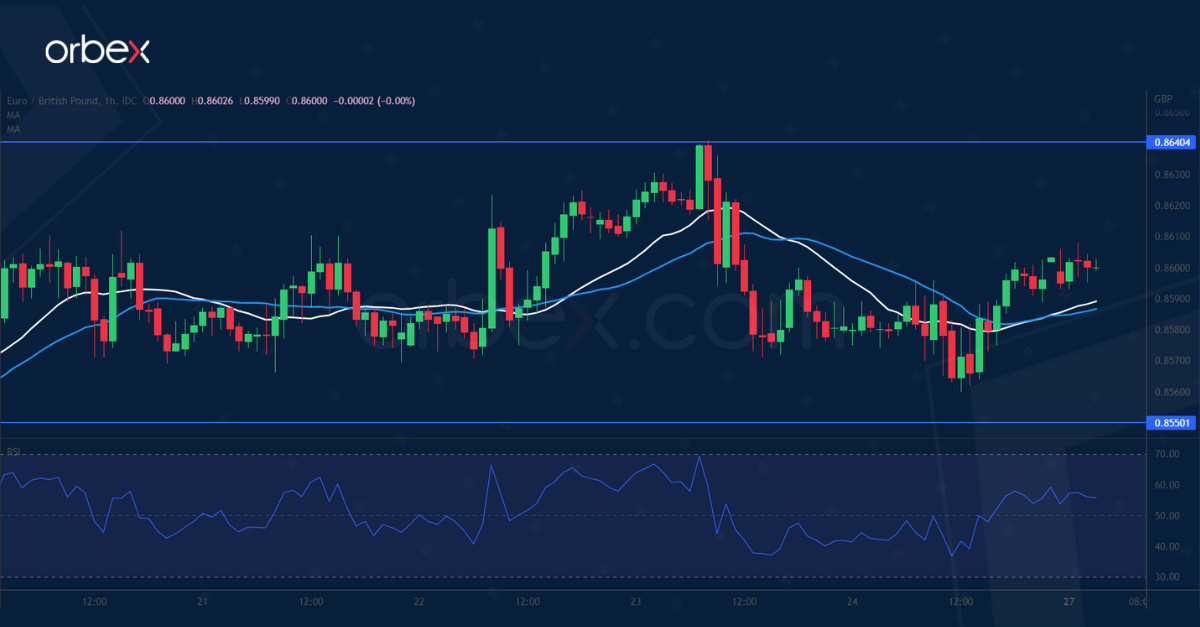 Silver recoups some losses as the US dollar takes a breather. On the daily chart, the price has struggled to lift offers around the 30-day moving average, suggesting prevailing selling interest. A drop below 20.90 has invalidated the mid-June rally. As buyers seek to bail out, the path of least resistance could be down. May’s low at 20.50 is the last support and its breach could trigger a broader sell-off towards 19.00. On the upside, 21.50 is the closest resistance and the triple top (22.00) a major level before a recovery could happen. 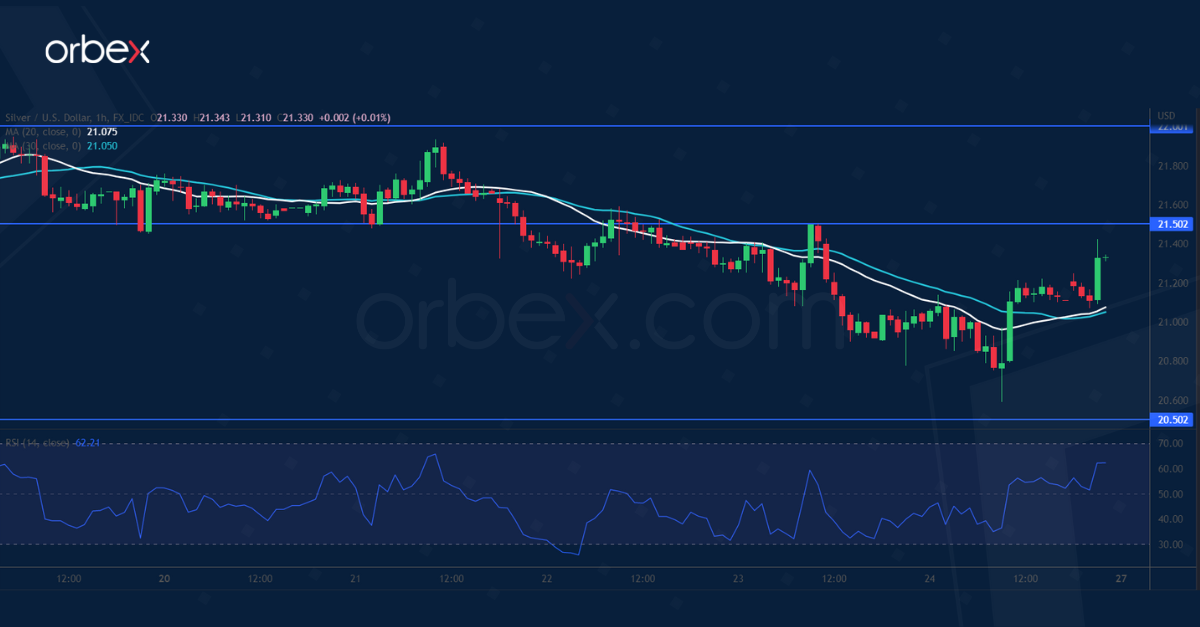 The Dax 40 bounces back as falling commodity prices ease inflation fears. Sentiment remains downbeat after the index fell through May’s low at 13300. However, a break above 13400 may prompt sellers to lift their feet off the pedal. The bulls will need to push past 13650 before the relief rally could gain traction. Otherwise, most buyers may be wary of going in with both hands for fear of catching a falling knife. On the downside, a fall below 12900 would trigger a new round of liquidation to March’s bottom next to 12500. 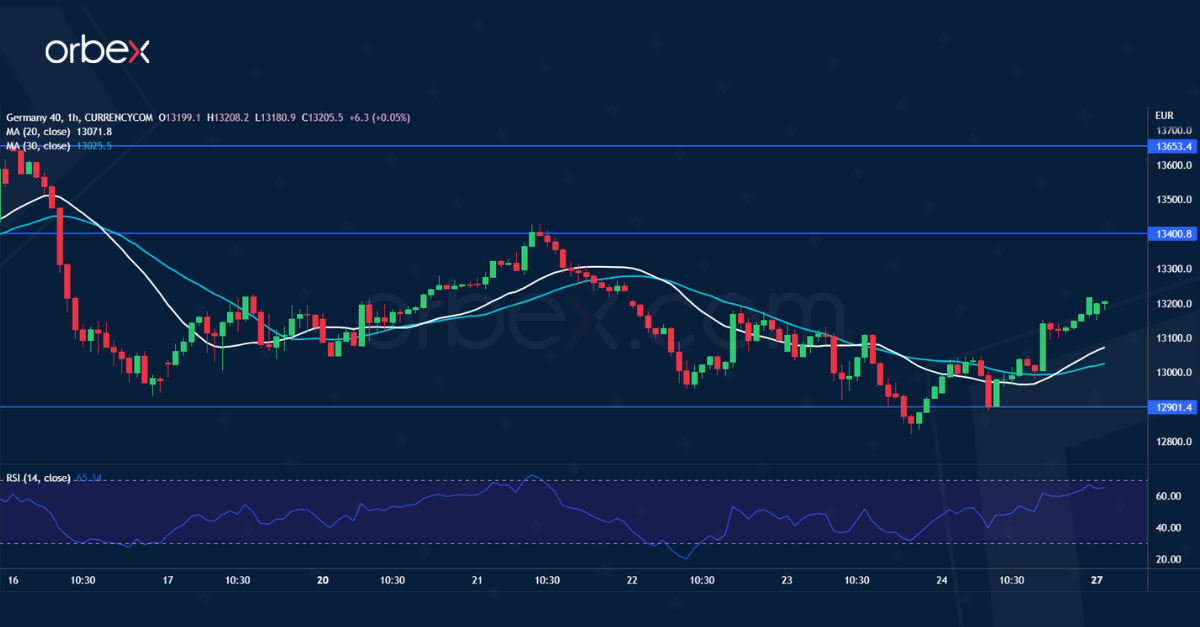