In a couple of weeks, on December 4, Italians go to the polls to vote on PM Renzi’s referendum for constitutional change. Renzi seeks to strengthen the power of the government by making it easier to pass laws.

Will Italy be the next major economy to fall victim to the current “populist” environment overhaul?

Early polls indicate that the “No” vote have a narrow lead (40% vs. 35%), albeit with up to a quarter of voters still to make up their minds.

European policy makers have been warning for months that they see Italy as the biggest risk to the financial stability of the eurozone and the market is beginning to agree with them – 10-year German bund/Italian BTP’s spread has widened to more than +1.6%, the widest it has been in 18-months when the ECB began its bond buying program.

What can investors expect?

Worst-case scenario: PM Renzi’s referendum is soundly defeated which would lead immediately to a period of political instability. He may have two options, either resign (which he promised, but may be convinced not to do) or be forced into a new coalition until elections are held in two-years.

Market reaction: Either choice, capital markets would certainly interpret a “No” victory as further proof that Italy is incapable of reform, raising doubts about the country’s ability to deliver the kind of growth needed to put its debt burden of +135% of gross domestic product on a sustainable footing.

This will put pressure on the Italian financial system. Investors will be reluctant to put capital into the Italian banking system, which in turn could force banks to impose losses on “individual” bondholders (a third of all bank bonds are held by Italian taxpayers). A scenario like this would most definitely ignite a populist backlash that could bring the anti-establishment, anti-EU 5 Star Movement to power in the next general election in 2018 and then Italy’s Euro membership will surely be called into question.

Italy’s banks are drowning in nonperforming loans (NPL’s). Official data puts the total amount of NPL’s, at around €200B, or around +8% of total loans (some analysts peg it higher at +15%).

Simply put, Italy has failed to restructure its banks in a meaningful way and the banking sectors’ problems have only been exacerbated by persistently sluggish economic growth – a low yield environment does not help a banks bottom line. 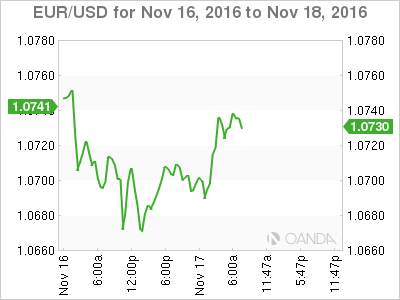 There is an alternative viewpoint to a referendum defeat, in that the referendum does not really matter. A period of political instability would not be unusual for Italy. Some analysts believe that the market should not worry about a lack of reforms, since PM Renzi’s own reform efforts have run out of steam over the past 12-months and that few expected any major initiatives before the next general election in 2018.

Regarding the banks, the monies required to recapitalize the Italian banking system is “small” relative to the country’s GDP (Europe’s fourth largest economy), making it likely that Brussels and Italy could/would find an cordial solution.

Current market thinking is that the truth may lie somewhere in between. Italy will cope with the referendum, while being financially protected by the ECB’s government bond buying program. The ECB conveniently meets a few days after (Dec 8), and the market reaction will most likely dictate whether Euro policy makers need to expand and extend its QE program (fire blanked approach).

Note: A Euro backstop may pressure Rome to reach a compromise with Brussels in its current standoffs over bank bail-ins and its 2017 budget.

However, Europe’s real headache will/could come later. The potential of Italy’s inability to reform would most likely see a changing of the political guard in 2018. For now, current polls put Renzi’s Democratic Party ahead of the 5 Star Movement, but that would all change with his resignation.

A second moment of stress is likely to come whenever the ECB finally decides to remove its “fire blanket,” exposing Italy to the market. When? If the eurozone recovery continues and inflation returns toward its target as expected, the ECB will find it impossible to persist with its QE program and keep buying Italian bonds.

And then there are German, French, Dutch, Norwegian general elections in 2017, to name a few, to deal with! 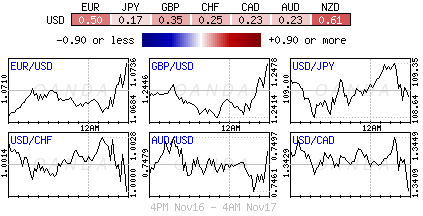