Both of the Federal Reserve and the Bank of England vowed to keep liquidity plentiful and not to taper support in the face of rising inflation until they see prolonged signs of an economic recovery. The FOMC served up a surprise with the majority of the dots flat through 2023. Both USD and GBP fell sharply after their respective central banks' decisions before later stabilizing. Yet, it took little time for US 10 yr yields to regain 1.70% and hit a fresh 14-month high of 1.75%.  Below are the key support/resistance levels suggested for fading USDJPY, EURUSD, NASDAQ and XAUUSD to the WhatsApp Broadcast Group during Wednesday's FOMC fireworks. 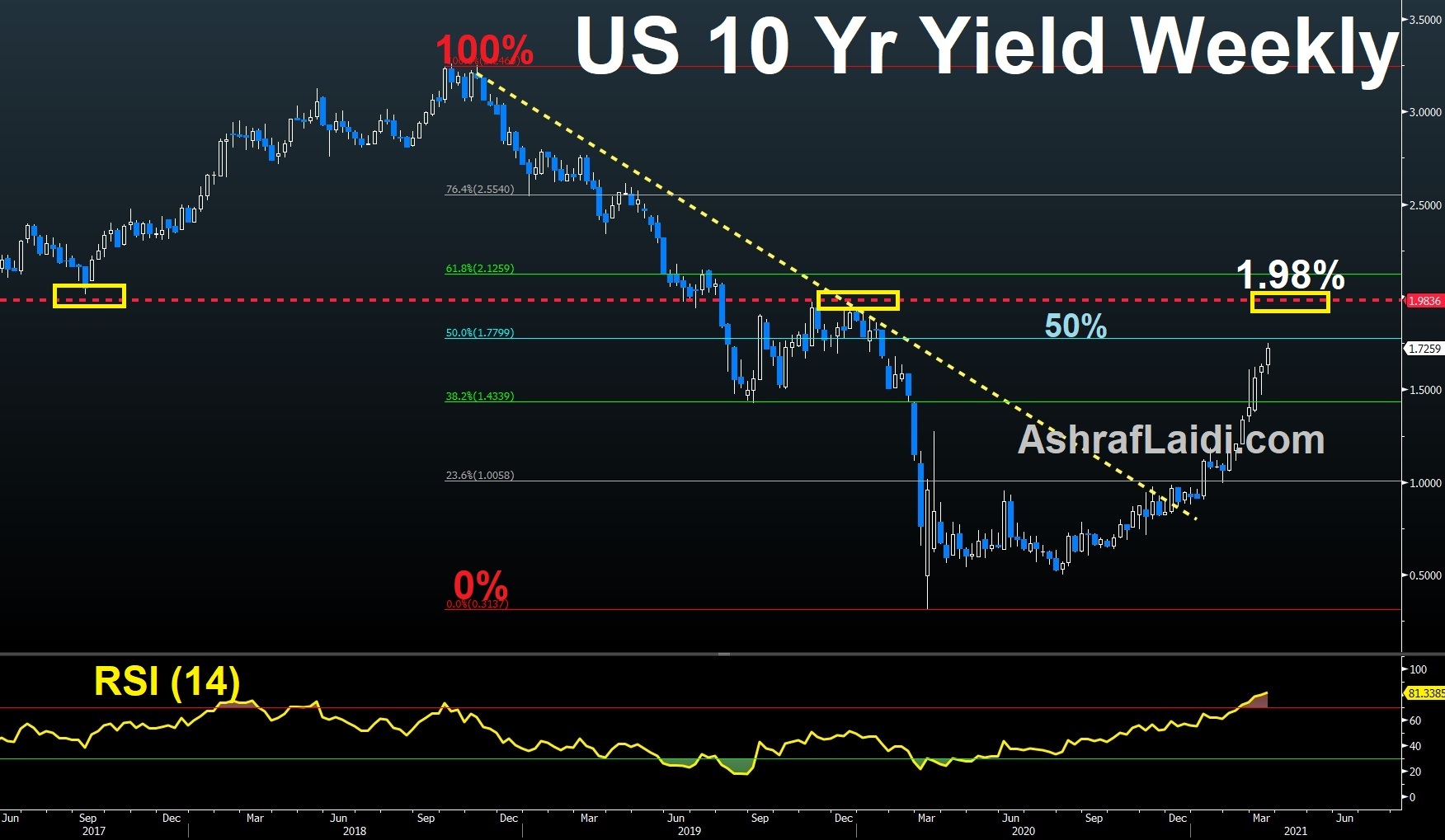 The market and the FOMC are on different pages. The market is pricing in an 80% chance of a hike before the end of 2022 and the Fed is saying there won't be a hike until 2024.

Powell tried to explain that the new reaction function for the Fed is to wait for data to show significant progress toward goals rather than relying on forecasts. He also repeatedly emphasized that they view the expected reopening rise in inflation as transitory.

The dollar sank across the board; 40 pips initially and then it continued lower. USD/CAD fell to a fresh 3-year low in the seventh day of selling.

In the bigger picture, Powell and the FOMC continue to set them up for a clash with markets. He highlighted as much by saying that they won't achieve credibility on pledges to remain patient until they've proven it with actions rather than words.

So ultimately this push-and-pull between the Fed and markets will continue until sustained inflation materializes or the Fed's patience is rewarded. It's a poker game with market participants caught in between.

For now, expect the dollar to remain under pressure on the dovish Fed and for commodity currencies to remain bid.