S&P 500 faded the opening upswing, breaking below Monday‘s lows. High yield corporate bonds didn‘t surprise by at least closing unchanged, and neither did the quality debt instrument facilitate an upswing within tech or interest rate sensitive sectors such as utilities. In spite of the solid potential for an intraday rally attempt that could take stocks closer to 4500 again, none materialized.

The bears are taking a breather as evidenced by the VIX rejecting the upside move – but the volatility metric doesn‘t appear yet ready to roll over to the downside either. While the (mistaken) notion of cooling down CPI could have pushed stocks a little higher, markets appear more focused on the decelerating real economy, on the almost stagflationary atmosphere that‘s going to have stocks in its grip for the remainder of 2021:

(…) CPI coming in neither too hot, nor too cold, would be in line with my recent expectations of inflation becoming entrenched and elevated. Still, the figures support the transitory notion to a degree – the markets are obviously afraid of high inflation forcing Fed‘s mistake, and any reading that won‘t light the immediate inflation fires, would be considered good for the risk-on assets. More so probably for real ones as opposed to stocks. Finally, more time for the Fed to act implies better possibilities for precious metals bulls. 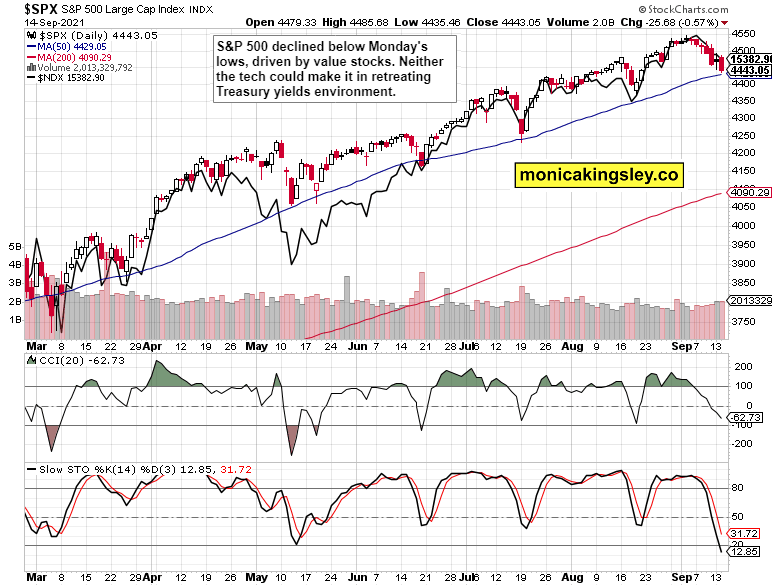 The bears retook initiative, making quite a progress when sectoral view is engaged. It doesn‘t mean though the sentiment can‘t flip bullish at short notice, except that there is none at the moment.

Credit markets turned risk-off, and unless HYG kicks in again, the stock market bulls can‘t think about crossing back above 4,500.

Gold embraced the retreating yields and wavering dollar, followed by miners and silver. The heavier than usual volume shows accumulation, but the bulls better arm themselves with patience. 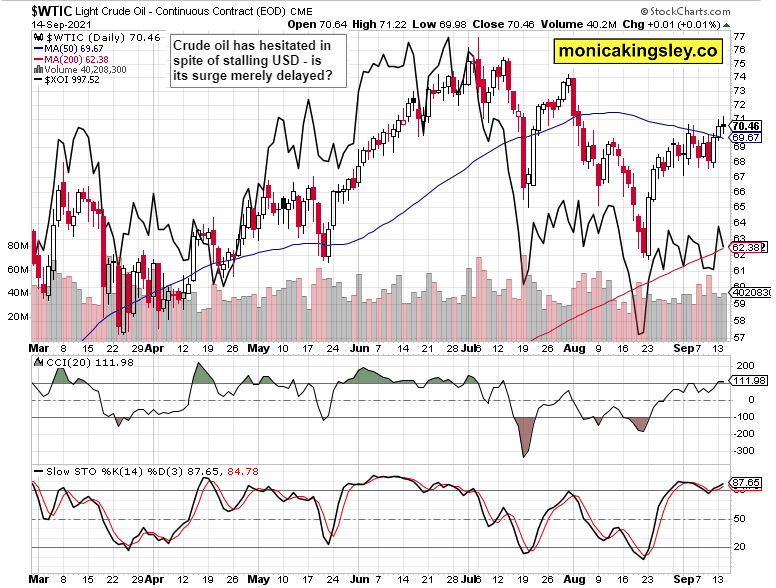 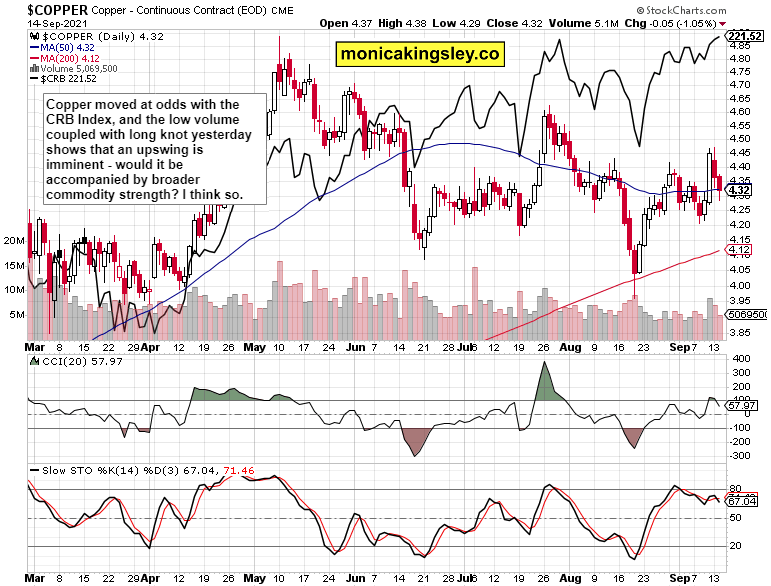 Copper had been trading a bit too much at odds with the CRB, and remains prone to an upside reversal. I‘m not looking for the 50-day moving average to give in. 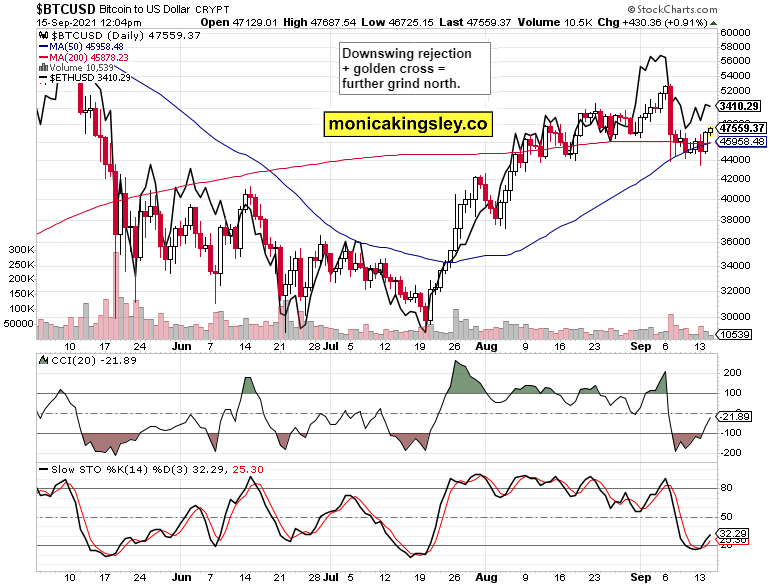 Bitcoin golden cross is here, and cryptos are likely to continue their measured rise. Crucially, Ethereum outperformance is still with us.

Risk taking – or should it be properly called „hedging“ – lit the fuse behind real assets as paper ones lag. While the dollar hasn‘t experienced much selling pressure yet in spite of retreating Treasury yields, its any modest decline is likely to be more than mirrored by the rising commodities, fitting well what one would look for in a slowing down economy with still rampant money printing.

EUR/USD is on the verge of a bullish correction within what is otherwise a longer-term, bearish environment, The following is an analysis from a monthly and daily point of view.  From a longer-term perspective, the price is pressured within monthly low territories.