We had a good grip on the development of all major EUR/USD swings over the past few years. Most of that analysis was published publicly during the past 18 months. The latest public post argued that a sideways correction is likely to resolve to the downside. It appears likely that we are on the right track again. Our forecast of the past few months shows early signs of confirmation.

The EUR/USD fell through its triangle support and violated the November 2018 low. Hence, a B-wave triangle is probably complete. That’s the pale grey area. Price action since early March looks impulsive. It resembles probably the initial kickoff to a larger selloff within minor wave C. Another dive below 1.1175 on increasing momentum will flash red lights that this is indeed the case. It signals that minute wave iii(circle) to the downside unfolds. Third waves are usually the most potent time windows.

Meanwhile, many market participants got used to the sideways movement without any progress. Some voices advocated even a breakout failure to the downside as no immediate follow-through occurred. Instead, the EUR/USD returned into the grey trend. Both cases are unlikely from a technical stance. The paramount Elliott wave picture is most likely an impulse (red trend) followed by a triangle (grey trend). That’s an incomplete sequence and the March spike to the downside is way too short to be all of minor wave C. Hence, an extension to the downside is most likely. It is likely to happen within the next few weeks. That forecast remains valid as long as 1.142 does not get crossed to the upside.

The sentiment and position picture remains essential for the downside target. The US Dollar is a crowded trade. Optimism towards the greenback signals limited downside for the EUR/USD. A resolution is unlikely to lead much further below 1.08. That kind of development has the potential to lead market sentiment into extreme territory. 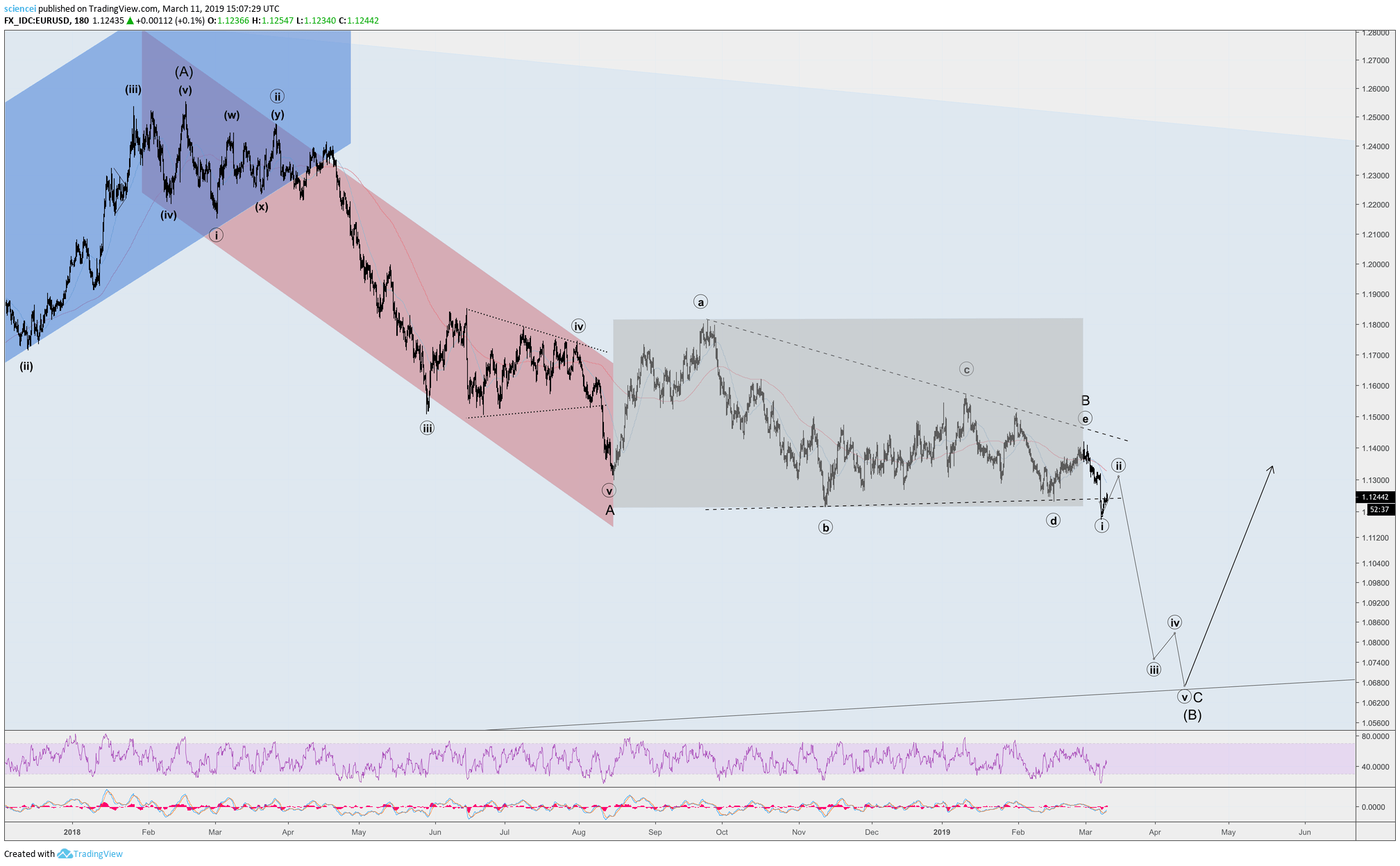