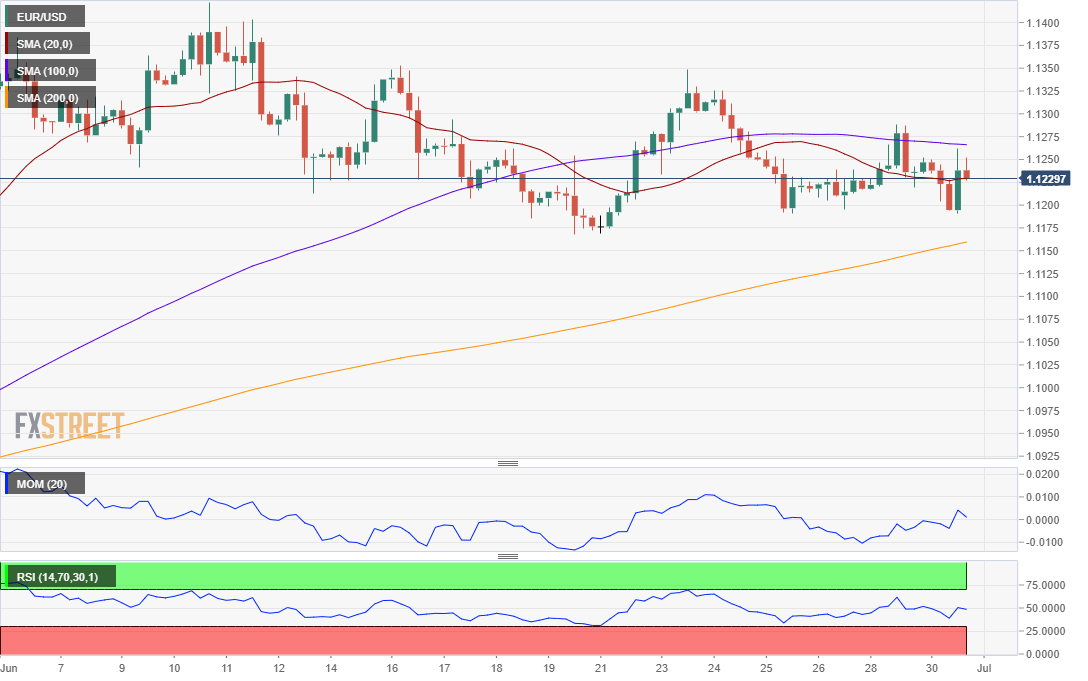 The American dollar strengthened throughout the first half of the day, but turned south in the American session, with investors selling the greenback as the quarter comes to an end. The EUR/USD pair bottomed at 1.1190 and hit a daily high of 1.1260, within familiar levels for a third consecutive week. The dollar surged amid comments from US Federal Reserve Chief Powell, who said that, despite the “extraordinary uncertain” economic outlook, the economy entered a new phase sooner than expected, adding that macroeconomic data is providing positive signs.

In the data front, the EU published the preliminary estimate of June CPI, which rose by 0.3% when compared to a year earlier, better than anticipated. The core reading, however, retreated to 0.8% as expected. The US released the Chicago PMI for June, which improved to 36.6 from 32.3, missing the market’s expectations, and the CB Consumer Confidence Index, which surged to 98.1, better than the 91.6 expected.

The EUR/USD pair is trading marginally higher daily basis, around the 1.1230 level by the end of the US session. The short-term picture is neutral, as the pair remains trapped between Fibonacci levels. In the 4-hour chart, technical indicators hover around their midlines without directional strength, confirming the absence of clear interest, while moving averages are flat, the 20 SMA a few pips below the current level, and the 100 SMA converging with the immediate Fibonacci resistance at 1.1270.