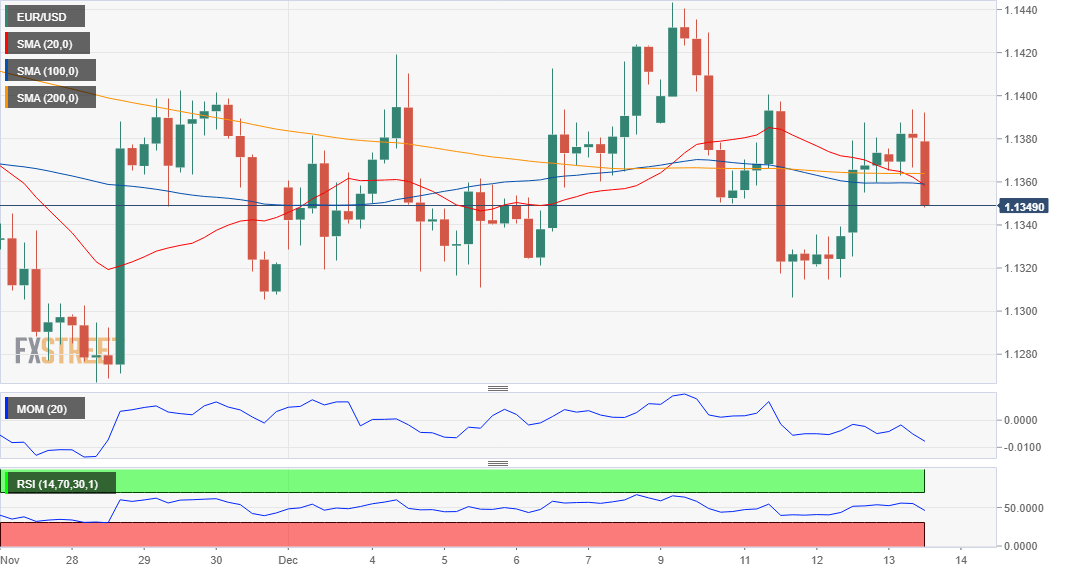 The ECB did as expected, maintaining rates unchanged and putting an end to quantitative easing. Not a minor twist to monetary policy, although these days, overshadowed by political jitters that took over the financial world. It's the end of an era, despite the European Central Bank has ratified that it will keep rates unchanged at least through the summer 2019, or as long as necessary "to ensure the continued sustained convergence of inflation to levels that are below, but close to 2.0% over the medium term." The central bank also announced it will enhance its forward guidance on reinvesting, intending to reinvest in full the securities purchased under the APP "for an extended period" that could past the date of rising rates. Quite a cautious approach that prevented the EUR from appreciating. The pair seesawed between gains and losses with the initial release unable to move far away from the pre-release level around 1.1370.

As Draghi begun speaking, the US released weekly unemployment claims, which decreased to 206K in the week ended December 7. The country also unveiled Import and Export Prices, sharply down in November and worse than expected. The ECB's head, in his initial remarks, stated that inflation is coming weaker than expected and reckoned the risks related to protectionism. The ECB downgraded its 2018 and 2019 growth forecasts, now at 1.9% for this year and at 1.7% for the next one. Inflation forecasts were revised slightly up for this year but downgraded for the upcoming one.

The EUR/USD pair fell with the downward revisions and Draghi stating that  the balance of risk is moving to the downside, trading now at daily lows in the 1.1340 price zone, bearish, according to the 4 hours chart, as the price is plummeting below the congestion of moving averages, with the 20 SMA gaining bearish traction leaning the scale to the downside. Technical indicators in the mentioned chart have turned south, entering bearish ground after consolidating around their midlines. A daily ascendant trend line coming from the yearly low is the immediate support around 1.1315, with bulls getting discouraged on a break below it.