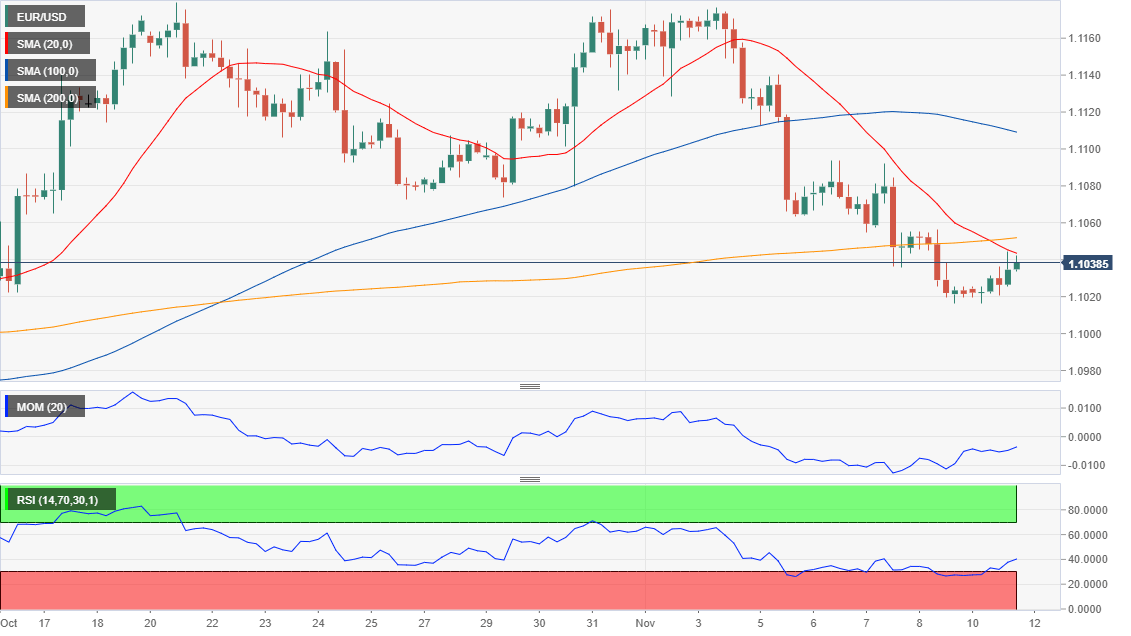 The EUR/USD para has managed to recover some ground this Monday, although the pair remains depressed a handful of pips above the 1.1000 level. The market’s mood took a turn to the worse amid growing uncertainty around a US-China trade deal. Nevertheless, and despite being usually seen as a safe-haven, the greenback edged lower against most major rivals, correcting its overbought conditions after last week’s rally.

The calendar was scarce, with no relevant data coming from the EU and the US, while this last, celebrated Veterans Day, although most markets were opened. This Tuesday, attention will be on the German November ZEW Survey, as Economic Sentiment in the country is seen bouncing from -22.8 to -13. For the whole EU sentiment, however, is seen plummeting to -32.5 from -25.3 previously. During the US afternoon, Federal Reserve’s Clarida will offer a speech on monetary policy, price stability and bond yields.

The EUR/USD pair has settled a few pips above the 50% retracement of its October rally in the 1.1040 price zone. The short-term picture is bearish, according to technical readings in the 4-hour chart, as the intraday advance stalled below converging 20 and 200 SMA, both providing dynamic resistance at around 1.1045. Indicators in the mentioned time-frame have corrected oversold conditions but lost strength upward within negative territory.