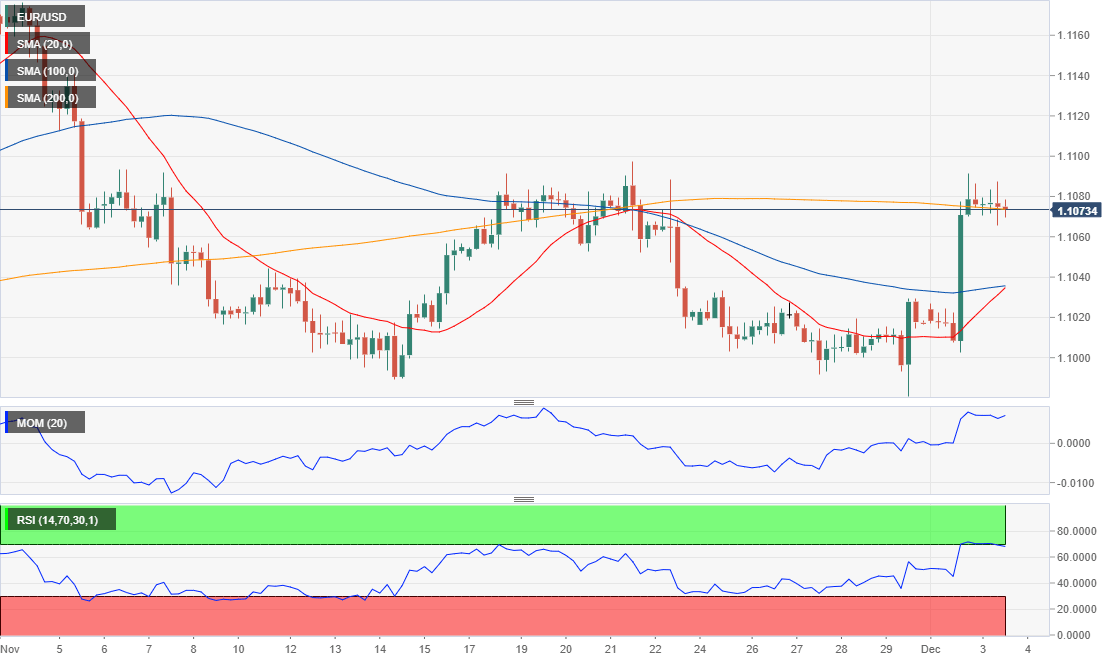 The EUR/USD pair is consolidating its Monday gains, finding buyers around 1.1065, a Fibonacci support level. The American dollar is the weakest, despite ongoing risk aversion, following another tariffs’ announcement from US President Trump, who this time, targeted France. He menaced to impose a 100% levy on French goods worth $2.4 billion, in response to France's digital tax. French Finance Minister Le Maire responded announcing that the EU would strike back.

US President Trump also said that he likes the idea of “waiting until after the election for the China deal, but they want to make a deal now and we will see whether or not the deal is going to be right.”

The macroeconomic calendar has been scarce for the EU, as the Union only released the October Producer Prices, up in the month by 0.1% but down by 1.9% when compared to a year earlier. The US will publish the ISM-NY Business Conditions Index, foreseen in November at 44.7 from a previous 47.7.

The EUR/USD pair is technically neutral-to-bullish as it’s holding above the 38.2% retracement of its October rally after bottoming last week around the 61.8% retracement of the same advance. In the 4-hour chart, the pair is seesawing around a flat 200 SMA, while the 20 SMA continues advancing well below the current level, and is about to cross above the 100 SMA. Technical indicators have lost strength upward but hold within overbought levels.  A retracement could extend toward 1.1030, the 50% retracement of the same rally without affecting the dominant bullish trend, but bears would gain confidence if this last gives up.