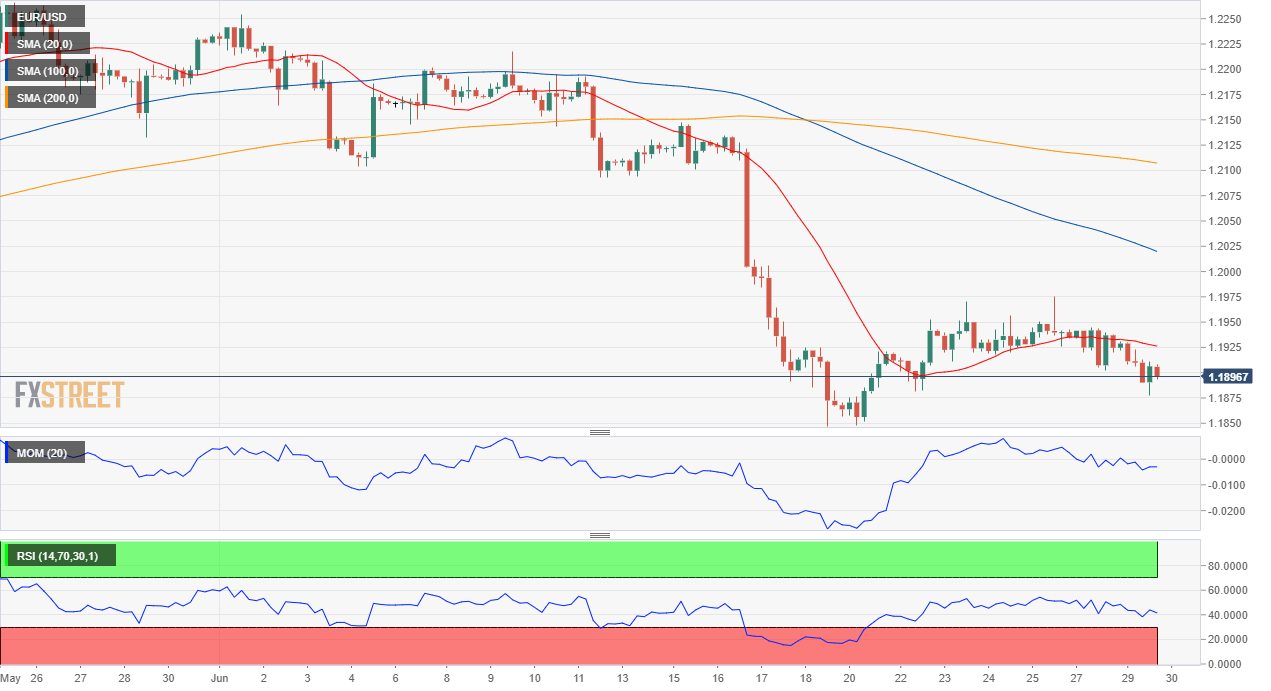 The American dollar strengthened ahead of the US opening, with EUR/USD extending its slide to 1.1877, its lowest in a week.  Demand for the greenback eased after Wall Street’s opening, despite US data being upbeat. The CB Consumer Confidence index jumped to 127.3 in June, much better than the 119.0 expected. The dollar moved alongside US government bond yields, which peaked at 1.51% but trimmed gains as US indexes reached fresh all-time highs but ended the day mixed not far from their opening levels.

The EU published the June Economic Sentiment Indicator, which improved to 117.9 from 114.5 in the previous month. The German Consumer Price Index edged lower in June, according to preliminary estimates, printing at 0.4% MoM and 2.3% YoY.  On Wednesday, the EU will publish the preliminary estimate of June inflation, while in the US, the focus will be on the ADP Survey on private jobs creation, foreseen at 600 K in June from 978K in the previous month.

The EUR/USD pair bounced from the mentioned daily low but settled below the 1.1900 level, which favors a bearish continuation. The pair bottomed at 1.1846 last week, with a clear break below the area opening the door for an extension toward the 2021 low at 1.1703. Technical readings in the 4-hour chart favor a continued decline, as the pair is developing below a mildly bearish 20 SMA, while technical indicators maintain their bearish slopes within negative levels.